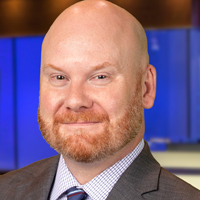 NBC O&O KXAS Dallas-Fort Worth (DMA 5) on Tuesday promoted John Stone to vice president of news. Stone joined NBC 5 as assistant news director in 2017 and has led the station’s newsroom as interim news director since August when Mark Ginther left.

Stone will be responsible for all aspects of editorial content for television and other media platforms including the station’s website NBCDFW.com. Stone will report to Tom Ehlmann, KXAS president-GM.

“John is an experienced newsroom leader. He is well-respected by our newsroom staff and our station’s management team. I look forward to seeing John continue to lead and inspire our already strong news team to do what they do best, which is keep our audiences informed,” said Ehlmann.

Stone has extensive newsroom experience and has worked for both local and national news teams.

Prior to KXAS, Stone worked at WABC New York for 13 years and held numerous roles with increasing responsibility including assistant news director. At WABC Stone helped the newsroom cover some of the largest stories ever to impact the New York market including Hurricane Sandy and the Newtown School shootings.

Before this, Stone worked at WBZ and at WHDH in Boston and MSNBC.

He earned a bachelor’s degree from Emerson College in Boston.