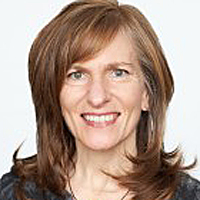 Kyle I. Grimes, WCVB president-GM, said: “For more than thirty years, Margaret has held executive positions at a number of very successful media organizations including six years as a News Director with Hearst Television where she demonstrated outstanding journalistic leadership, a commitment to the communities she served, and innovative story-telling,” said Grimes when making the announcement. “We’re delighted to welcome Margaret back to Hearst and to have her join NewsCenter 5 to lead the exceptional team of journalists at WCVB.”

“I am thrilled to join WCVB Channel 5 to lead a news organization and team of journalists whose extraordinary work not only makes the station the community’s unrivaled choice for news but also sets the bar for newsrooms nationwide,” said Cronan. “I look forward to working with the outstanding NewsCenter 5 staff to maintain a collaborative, inclusive, and energetic work environment and uphold and enhance WCVB’s legacy of local news dominance. Coming home to Hearst to oversee journalism that has been recognized many times as the best local news in the country is truly an honor.”

Cronan is a veteran news and communications executive with nearly 15 years of experience leading news operations at television stations in top markets across the country. Over the course of her news career, Cronan was vice president and news director for KYW Philadelphia. Before that, she served as news director of Hearst Television’s WBAL Baltimore as well as WPBF West Palm Beach, Fla.

Before that, she was a producer at WJZ Baltimore as well as WBOC Salisbury, Md. She began her news career as a writer and assignment desk editor at WWBT Richmond, Va.

Before coming to Boston from Philadelphia to join WCVB, Cronan was founder and chief executive officer of MCronan Communications where she was a leadership consultant providing strategic, multiplatform communications solutions for clients including news organizations and journalists. She also served as chief communications officer at the National Constitution Center and was the director and general manager of television for NAVTEQ/Traffic.com.

Cronan, who grew up in the Philadelphia area, graduated from University of Pennsylvania earning a BA in English.

Parker Opens Up About ‘City’ Costar Garson After His Passing

‘The Other Two’ Renewed At HBO Max

Could This COVID Wave Reverse The Economic Recovery?

Rudy Giuliani Not Banned From Fox News, Just Not ‘Relevant’

Blumenthal Calls Out FCC On Robocalls

‘Doctor Who’ Showrunner Russell T. Davies To Return Next Season

How Facebook’s ‘Metaverse’ Became A Political Strategy In Washington

Donnelly, ‘Emergency!’ And ‘The Clonus Horror’ Actor, Dies at 77