The pandemic has given journalists the opportunity to get back to the basics of storytelling and spurred creativity, increased collaboration and improved communication.

The circumstances of the pandemic led broadcasters to experiment with different approaches to storytelling and story lengths. The resulting creativity has increased journalists’ pride in their work and seems to resonate with audiences.

As journalists have covered the pandemic, the Black Lives Matter protests, the elections, extreme weather and life in general in 2020, the stay-at-home conditions associated with COVID have led to new skills and better communications among team members, panelists said during a session on Novel Approaches to News Storytelling Under Stress at TVNewsCheck’s NewsTECHForum on Wednesday. 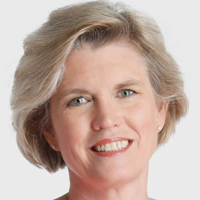 “In a very odd way for journalists, 2020 has been a great year to get back to the basics of storytelling,” said Kim Voet Potter, news director at Graham Media’s WDIV Detroit.

Historically, newsrooms tended to focus on story counts and ensuring stories were quick, she said. Now, with the “enormous stories taking place, there’s an opportunity to get back to the basics of storytelling and develop routines and new practices for telling good stories.”

Creative latitude can be supported at every step of a story’s development.

At WDIV, the news team discusses how to approach a story as well as its length and how to develop the character or subject.

“It depends on the story,” Potter said. “We don’t lay out a blanket rule.”

The station is also experimenting with story length, and Potter said the station is taking advantage of digital to “let interviews play out on a longer scale.”

“Three minutes doesn’t sound long to the people on this panel, but three minutes is an eternity for us,” Potter said.

Potter is seeing a “renewed spirit” and “creativity left and right” for the journalists.

“The creativity has increased the personal pride in ownership that people have in their stories. You’re seeing that across the board, and I think you’re seeing that in audiences as well,” she said. 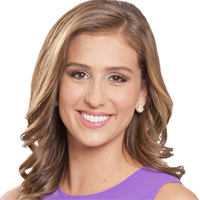 And Angie Lassman, a meteorologist at NBCU-owned WTVJ Miami, believes some of the creativity that unfolded during the time of COVID will stick around, especially “if things have proven to resonate with the audience.”

“They appreciate us telling those stories and relating that back to what’s going on in South Florida,” she said.

Not only are there numerous ways to tell a weather story, but it’s possible to slip “climate tidbits” into long-form reporting or daily newscasts, she said. The climate coverage has helped brand WTVJ as a climate station in its market, Lassman added.

Creativity and inspiration can come from any number of sources. 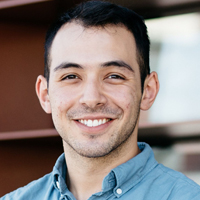 Fernando Hurtado, producer/editor for NBCLX, reported a story about protest fonts in which the typeface highlighted history from the Civil Rights Movement. Hurtado drew on inspiration for the presentation of the story from the movie Searching and relied on technology like QuickTime screen recording to help pull the story together. Working with the font designer helped his visuals stand out, he added.

Collaboration has been one of the ongoing themes of the pandemic, and teams have brought creativity into how they work together.

Hurtado and his fellow journalists at NBCLX — which is almost a research and development arm of NBC in that it experiments with new forms of storytelling to capture the interest of younger viewers — were used to working in a tech space that involved working with colleagues in hubs and offices in other cities. Moving home, he said, required the journalists to take care of more details than before and strengthened and broadened his own skills.

“We’ve taken it upon ourselves to do basic motion graphics works,” he said. “Our shooting has improved.”

Working across distances means much collaboration is done via tools like the phone, chat programs and video call sessions. 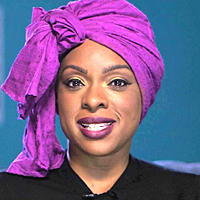 That lack of in-person collaboration has been one of the harder aspects of remote work for Imaeyen Ibanga, senior producer/presenter at AJ+, particularly in regard to one of her recent reports.

Earlier this year, Ibanga completed a 14-minute story about the increase in gun ownership by Black people, particularly in light of COVID and social unrest earlier this year. It wasn’t, she said, the typical story about firearms ownership, and it didn’t show the faces normally associated with talking about gun culture in the United States.

“When you have a vision” for the journalism, personality and writing “and the other person has a background in film and a different creative eye than you do,” she said, the question is how to pull all the resources together to make a piece work. This is easier in person than via Zoom, she added.

Even so, she and her colleagues are now “more thoughtful about the interaction and how we work with one another,” she said, and colleagues are more likely to verbally credit others for doing work that typically has been “invisible” or unrecognized in the past.

Remote work has definitely prompted more communications with colleagues, Lassman said. “We work in the communications business, but sometimes we forget to communicate the little things. This has forced us to talk more on all different mediums.”

Communication is crucial, she said, to be sure “you weren’t missing details, and you weren’t skipping a step you thought someone else was doing.”

Potter said communication in her newsroom has increased due to COVID and remote working. “I didn’t know what Zoom or Go To Meetings or Teams was this time last year, and now throughout the day, someone’s always on one of those things.”