COVID-19, a historic election and Black Lives Matter protests kept local and national TV newsrooms in a state of perpetual vigilance this year. News executives from ABC News, Tegna and Hearst at TVNewsCheck’s NewsTECHForum on Tuesday said the year’s challenges revealed some remarkable resiliencies in their newsrooms, but also made their journalists a bigger target.
By Michael Stahl | December 16, 2020 | 6:00 a.m. ET.

On Jan. 5, 2021, two runoff elections for the Senate — with control of the chamber on the line, in a Georgia reporting some of its highest COVID-19 numbers to date — will boast both outsized weight and safety risk to those in the media who cover it.

Nothing is foolproof but figuring out how to safely pull off something like this has become old hat for TV news groups.

Over the course of the past nine months, Tegna, for example, installed protective barriers in its offices, which continued to be a base for employees who had to cover the 2020 presidential election. Seating charts helped the teams optimize space and ensure their safety as best they could, too.

Meanwhile, those who had the ability to work from home did just that and grew more comfortable with their technological aids over time. Editors leveraged laptop-based video-editing platforms, and anchors used video-conferencing apps to deliver news from the comfort of their home office desk chair. 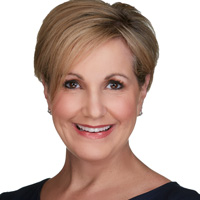 “It’s remarkable what we were able to do,” said Ellen Crooke, VP of news at Tegna, during a Tuesday panel, Pivoting the Newsroom to Crisis, at TVNewsCheck’s NewsTECHForum moderated by TVN Editor Michael Depp.

In spite of all of this year’s pandemic-compelled experience, looking ahead to Jan. 5, Crooke indicated that Tegna crews are not taking anything for granted.

“We really have to keep people out of the building and do as much remotely as we can,” she said. “Having a major story, an election, just after the holiday season is quite a challenge for our journalists.”

Barb Maushard, SVP of news at Hearst, said it’s been hard “to believe what’s possible is possible,” in terms of news delivery today via remote means. Lingering challenges remain, however. 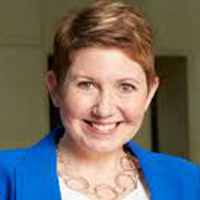 “We can do anything we need to do from almost anywhere,” Maushard said. “We still need to have some people in our buildings, and we’ve all worked really hard to ensure that we can do that as safely as possible, but there’s always a risk that you’re set up to do something, and the connectivity is just not going to be there.”

On the other hand, she said keeping connected with remote teams — whether there’s a pandemic or severe winter storms or hurricanes that need to be covered — is always a concern.

“Let’s make sure we put our people in places where there’s backup, where they have the resources they need,” Maushard said.

Though the COVID-19 crisis is predicted to subside by late 2021, that’s still a year away. Depp asked the panel about viewer fatigue over the topic, and how news teams might be able to address it. 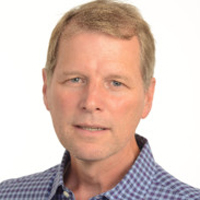 “It’s always a challenge to find new ways to tell a story that continues to not be very different,” said Brian Kennedy, VP of global newsgathering and planning for ABC News. He suggested the tried-and-true approach of making the stories more personal.

“As you keep telling these stories, they don’t feel any less heartbreaking or harrowing,” Kennedy said. “Try to remember that, because there are so many people affected and as the cases spike … it’s affecting people more. How can you not cover that?”

Along with the tragic elements of the COVID-19 story, some upshots for news groups have emerged. Partly because people were spending so much time at home, but also because of the agility digital broadcasting brings to the table, OTT viewership has boomed.

“Streaming saw huge growth this year,” Crooke said of Tegna, which is about to launch Amazon Fire and Apple TV apps beyond its Roku option. “Every year we’re growing in digital, in all of our platforms, but this year it has been a tremendous increase.”

She added that Tegna’s digital platforms played a crucial role in dispelling misinformation, particularly when it was spread on social media. The station group’s Verify team of fact-checkers was one cadre they leaned heavily on for fact-based truth telling and, hopefully, the rebuilding of viewer trust.

“It’s all done through research; it’s about putting your sources up front; it’s about taking the questions from our audience, on all platforms, that they want to know what’s true and what’s not,” Crooke said of the Verify efforts. “It’s [presented] in a form that stands out from the sea of … all news stories.”

Viewership of Verify stories was up 510% in 2020, she said, with the station group expanding its capabilities through the social media platform Snapchat. Since that initiative’s September launch, Verify stories on the platform have logged 7 million unique views, with half of them coming from users younger than 24. And in 2021, Tegna’s chief digital officer, Adam Ostrow, will begin work with a new national Verify team.

“There’s such a hunger for it,” Crooke said of the initiative.

It may not have come at a better time.

Crooke said viewers’ trust in media was declining before Donald Trump’s presidency. But since he began campaigning for the office in 2015, his rhetoric targeted at the institution has put more reporters and other crew members in danger.

Kennedy said that the COVID-19 crisis, which occurred alongside the 2020 election, has helped more reporters feel comfortable asking for security measures to be taken on their behalf.

“Because it’s a constant discussion, people have a little easier time bringing it up, if they have any concerns,” Kennedy said. “There’s things we can do: not cover a story, cover it differently, add security, vet it more thoroughly.

“Security now is a major part of what we do,” Crooke added. “It used to be only for certain things. Now there is a chief or head of security; there are security protocols. That has been a major change in 2020.”