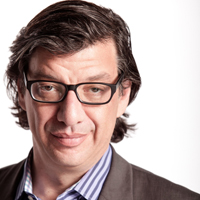 In this newly created role, Summa will chart the editorial strategy and creative vision for the bureau’s investigative journalism while leading its team of reporters, producers and photojournalists. Summa also will be responsible for helping to direct the bureau’s strategic planning and operations and will report to Bureau Chief Ellen Weiss.

“For over 100 years, the Scripps Washington Bureau has been committed to high-impact enterprise journalism that gives light to issues often underexplored and storytelling that offers new and deepened perspectives,” said Weiss. “Keith’s dedication to producing stories of consequence for highly diverse and engaged national audiences makes him an excellent fit to lead the bureau’s investigative unit.

Summa served from 2016 to 2018 as senior vice president of content and programming for Fusion, a cable network owned and operated by Univision Communications. In this role, he was responsible for the development of news and documentary programming. His executive producer credits include the investigative docuseries Murder Mountain and The Traffickers; the Sundance Audience Award-winning documentary Science Fair; and the investigative documentary series The Naked Truth, which was recognized with numerous journalism awards, including the Alfred I. duPont-Columbia University Award and the Robert F. Kennedy Award.

“Scripps is a company uniquely committed to journalistic excellence and the Scripps Washington Bureau is a center of that excellence,” said Summa. “So I’m eager to work with the bureau’s extremely talented team of journalists and producers, as well as the leadership of the Local Media and Scripps Networks divisions, to extend the bureau’s high-impact reporting across the company and across new and emerging television platforms.”

Before joining Univision, Summa led the CBS News Investigative Unit, where he received multiple Emmy Awards for Outstanding Investigative Journalism. He previously spent 15 years as a producer and writer for ABC News and Peter Jennings Productions.