Back to TVNewsCheck Home Print this page
DMAS 56 & 107 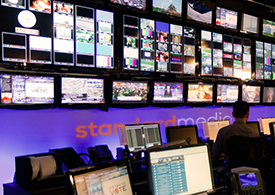 David Jones joins WLNE on Aug. 31. He was previously news director at WNYT Albany, N.Y., and led the news team at WHTM Harrisburg, Pa., where he served as both news director and assistant news director. Jones has also held key roles in newsrooms in Charlotte, Pittsburgh, and Washington.

He is a graduate of Edinboro University in Pennsylvania with a degree in communications and journalism.

Hardy graduated from Missouri State University with a degree in communications and journalism.