Social media experts at newsrooms including those of Gray, Fox, Graham and Scripps stations and national outlet Newsy says viewers have ramped up aggressive attacks on their social posts this year. At TVNewsCheck’s NewsTECHForum on Dec. 18, they said a more polarized audience has heightened their need to be more circumspect on social and to diffuse often hostile salvos they receive.
By Michael Stahl | December 21, 2020 | 5:29 a.m. ET.

Social media has become one of the go-to locations for Americans to find their news. Though it behooves every newsroom to have a presence on one or more of the popular social platforms, treading those waters once they’ve dived in remains tricky. 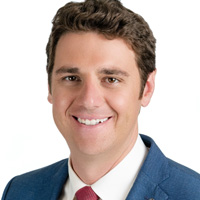 “It is so hostile right now,” said Vic Micolucci, reporter for WJKT, a Graham-owned station in Jacksonville, Fl. “You have to really think about what you post, double-check it, triple-check it and sometimes go by somebody else sitting next to you in the newsroom and say, ‘Hey, read this for me.’ ”

Micolucci spoke during a Friday panel discussion, Standing Out on Social in a Historic Year, part of this year’s NewsTECHForum and moderated by TVNewsCheck editor Michael Depp. He later observed that simply executing the job of reporter can set off a whirlwind of vitriol on social, no matter how unjustified.

Oftentimes, it doesn’t even take that much. 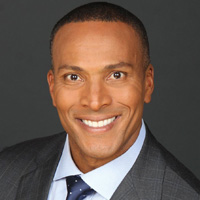 “Something as simple as wearing a red sweater can really fire people up, and they’ll think that you’re automatically choosing a [political] side,” said Mike Woods, a meteorologist at Fox O&O WNYW New York. “And I’m like, ‘How did I get here?’ I have no intention of being political at all.”

Woods remarked that sometimes on social he’ll see aggressive commentary, often slinged directly at him, and feel an impulse to go against better judgement and diffuse the tension.

“It can get nasty out there, even in the weather department,” he said. In response, Depp zinged: “They used to hate you if maybe you got the weather wrong for the weekend, now it’s the sweater choice, who knew?” 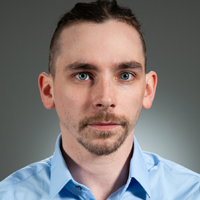 Newsgroups have trained their employees for responsibly posting on social, and crafted commenting policies for users to follow. Mykal Vincent, digital content producer for Gray Television’s WAFB Baton Rouge, La., told Depp that one of his station’s social commenting policies tells users to stay on topic or have their posts be subject to removal.

“People would go on anything we posted, it could be a holiday recipe story and they would just start talking about politics this, or police that, or your reporter’s this, or you’re fake news,” Vincent said. “We’ve had several newsroom conversations about how to handle it because our comments section is unforgiving.”

For example, he said a recent post celebrating George Floyd’s birthday was making the rounds on Gray’s social network. It was received well in markets particularly in the northern half of the U.S. but was denigrated by followers across Louisiana.

“So, yeah, we’ve had to adjust and pivot a lot,” Vincent said. 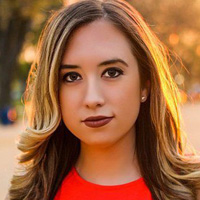 Engaging with tremendously aggressive commenters is a good way to get sucked into the negativity, however, and perhaps become an even more prolific target for them. Alex Miller, a politics reporter for Newsy, said, until this past year, she never responded to any users on social media. More recently, she’s engaged with users out of a sense of responsibility to run interference with the spread of misinformation.

“I try to respond to people when I find that whatever they’re saying is not factual, or when I think that there could be a good lesson for the temperature to be toned down just a little bit,” Miller said. “A lot of people aren’t expecting the person to respond back, and once I respond to them, the conversation usually ends up in — for me at least — a much more positive [place] than when it started.”

She said such an outcome arrives from out of “honest dialogue,” which initially may not have seemed in the cards. Miller also hopes that her actions of engagement leads to others taking “nicer” approaches to future conversations about sensitive topics.

Depp asked the panel for some examples of how they’ve effectively used social platforms in their reporting. Marie Coronel, a reporter for Scripps’ KGTV San Diego, recounted the benefits of Twitter engagement during her initial coverage of the COVID-19 outbreak in late March.

A cruise ship with a known case of the coronavirus on board had docked in San Diego, and for a time there were questions as to whether other passengers should be allowed to leave. 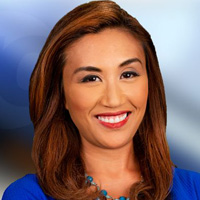 “I would post the information that I knew with specific hashtags, and from there I was able to find people who were either talking about the same thing or asking questions about the same thing,” Coronel said. “Before COVID, we would be able to interview people as soon as they got off the ship [but] this was not the case anymore. Now you had to find people via social media and then do Zoom interviews with them.”

She tracked the hashtags, found sources, sent them direct messages or tweets telling them about the story she was working on, and asked if they were open to an interview.

“One woman was able to connect me with her parents who were on board the ship,” Coronel said. While conducting that interview, Coronel learned that those subjects were in the dark as to what was going on outside the ship, and she was able to provide them with some up-to-the-moment facts and developments.

In Coronel’s mind, the outcome illustrates precisely how social media platforms are “an essential part of newsgathering” today. She then added: “I think that’s what it will continue to be.”