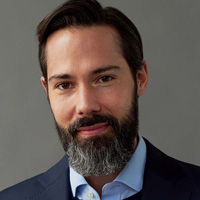 Additionally, Scott will continue to bolster the visibility of on-air and behind-the-scenes talent.

“Van is a highly respected and skilled communications executive whose deep understanding of this business will help shape the narrative of our award-winning news programming,” Ryan said. “During his initial tenure, Van’s strategy and vision were instrumental in the success of ABC News, driving impressive results – and we can’t wait to have him back to lead the immensely talented publicity team.”

“We are delighted to welcome Van back to ABC News, where he previously left an indelible mark as a bright and innovative communications leader,” Godwin said. “We will benefit from Van’s gifted approach to delivering meaningful results during this moment in history when supplying timely, relevant news is more important than ever.”

Prior to that, during his previous tenure at ABC News, Scott was director, communications, where he oversaw the communications strategy for the network’s editorial priorities, political coverage, special events and breaking news. He was pivotal in messaging World News Tonight with David Muir and led the rollouts of some of the biggest interviews in recent history with world leaders, including Pope Francis, President Joe Biden, President Barack Obama, Hillary Clinton and President Donald Trump. He also led communications strategy for anchor Diane Sawyer, in addition to overseeing coverage of the 2020 and 2016 presidential elections, among other efforts.

He holds a Bachelor of Science in mass media communications and politics from New York University.