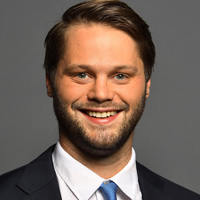 When Washington Post video producer Dave Jorgenson launched a TikTok account on behalf of the paper 10 months ago, he initially posted fun, behind-the-scenes clips from inside company headquarters, as well as performative depictions of the journalist experience. But in the wake of the coronavirus spread, Jorgenson shifted toward releasing more informative videos to followers — something he and the paper’s higher ups had always planned on.

A recent post reminds users to wash their hands for as long as it takes them to sing “Happy Birthday” twice. Like many of the clips, it stars Jorgenson himself and, as he washes his hands in the men’s room, a colleague awkwardly stands next to him belting out the tune with Broadway bravado.

Another recent TikTok “hit” for the Post, which scored nearly 640,000 views, was a clip that played out underneath a banner titling it “The Coronavirus Handshake.” A play on the elaborate handshake from The Parent Trap movies, and featuring its tooting-horned soundtrack, Jorgenson and a colleague deftly execute the entire routine, while eschewing actual hand contact.

All this is a relatively cheeky part of the Post’s larger, continuous plan to grow its audience. And TikTok could be a key ingredient in attracting young people in particular, perhaps securing greater long-term sustainability.

Fortunately for news organizations like the Post, research shows that the vast majority of millennials keep up with the news and consume it daily. But with so many news delivery options available, it’s more challenging than ever for media companies to compel pairs of young eyes toward their product.

Jorgenson seems to have developed one solution.

Following what he calls a mix of “a gut feeling and an understanding of the potential of the platform,” Jorgenson, who’s been with the Post since June 2017, pitched company management his idea for the TikTok account last spring. He eventually got the go-ahead, and now spends about half his work day focusing on conceptualizing, producing and uploading videos to the platform, and responding to user comments there as well.

Jorgenson’s TikTok efforts have translated into 400,000 subscribers to the Post’s account, and tens of millions of video views. Not bad performance on a platform that was launched internationally just two-and-a-half years ago, and whose active American usership numbers about 27 million — 60% of which is aged between 16 and 24. 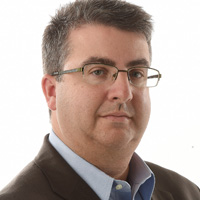 “We are reaching people who we want to really build a brand connection with,” says Micah Gelman, director of video at the Post. Even though many of TikTok’s users are too young to have their own credit cards, Gelman says, “We hope that as they grow up they’ll have a real brand affinity for the Washington Post, and convince their parents that they need a subscription maybe in the meantime.”

In addition to coronavirus-focused clips, Jorgenson’s posts have become extra entertaining of late, as evidenced by the account’s new Thursday series of telenovela-style stories featuring staffers.

But Jorgenson’s also produced TikToks with presidential candidates, including one starring Julián Castro alongside his brother Joaquin, a congressman, that made light of how the media at the time often mistook one for the other. Such clips reveal a different side of public figures — one that’s more personable, relaxed and sometimes even a little silly — to the platform’s users, who eat up such content approvingly.

“All these candidates that we’ve had, all five of them, have been much more comfortable doing a TikTok with us than they would [be doing] a sit-down interview,” Jorgenson says. “I think part of that is the fact that I shoot the majority of them on my iPhone, so it just feels more casual.” 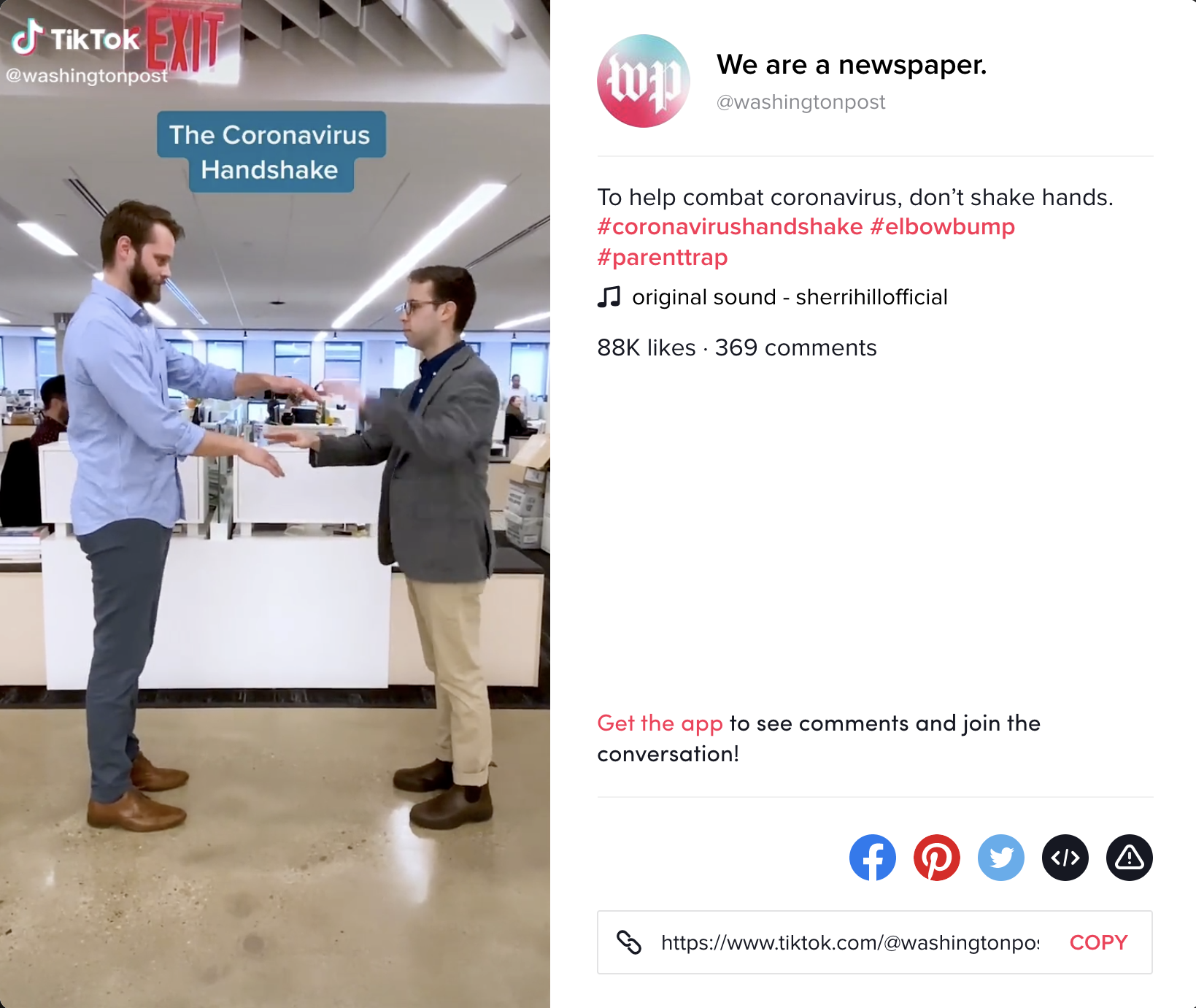 Jorgenson edits the footage using Adobe Premiere Pro, getting clips down to the platform-required 15 seconds, and adding graphics and music. Sometimes he’ll use the text option within the app to help get the videos to more resemble those that other users produce, subtly strengthening the connection with his audience.

He posts a couple times a day, usually at about noon and 3 p.m. ET, when users are opening their phones at lunch or as they leave school. Plus, at those times, West Coast folk are, respectively, just getting to work or starting lunch, and are more likely to open up the app.

Jorgenson will also spend up to an hour or even longer answering questions users leave in the comments section, sometimes quoting bits of information from Post pieces when relevant. He makes sure he’s first to comment on a video because that means it will remain atop the comments section, garnering greater exposure. Jorgenson’s initial comment could include additional information, with the video acting as a de-facto “lede,” he says.

Though engaging in TikTok as an account manager may seem overtly enjoyable on the surface, clearly Jorgenson puts great thought into what he produces. He also has to stay up on trending TikTok hashtags because, within the community, users often craft their own versions of others’ videos, typically by employing the same soundtrack. It behooves the savvy user to issue their own take on a popular song and accompanying video, and, in fact, Jorgenson’s Castro Brothers clip was an example of one such phenomenon on the platform.

Jorgenson says the video-based TikTok platform lends itself to usership on the part of broadcast news personalities. He says they should “peel back the curtain,” and, like him, show the people working on the news inside and outside the newsroom, highlighting the effort that they put into their stories, and just their general work experience. Such an approach can even help with consumer trust, he says, which the news industry in general has struggled to maintain in recent years.

There is also evidence that the Post’s TikTok account has actually become a vehicle for revenue, pulling new subscribers to the publication. The user bio section smartly reads “We are a newspaper.” And in a recent post, Jorgenson donned a T-shirt with the tagline emblazoned across it, underneath a depiction of his own face. His top comment included a customized link to a sign-up page issuing a free T-shirt to new subscribers.

“If you look in the comments section, you’ll see plenty of people that said, ‘I subscribed just to get the shirt,’ or they’re like, ‘I got both, yay!’ ” Jorgenson says. He also posted a TikTok about a Post newsletter, included a custom link to the sign-up page in the top comment and tracked the click-throughs. He found the newsletter earned 100 sign-ups from that link alone.

Such data justifies Jorgenson’s output, and proves the viability of news team engagement on the growing platform.

“It’s really about meeting our viewers where they are, and being on the platforms that matter to them,” Gelman says. “We don’t think everyone’s going to come to us; we hope they do, but we certainly can come to them in a format that speaks to them authentically.”