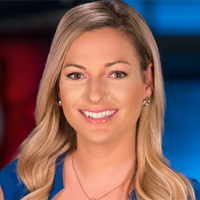 In addition to anchoring the EyeOpener’s traffic segments, Thompson will be WCVB’s transportation specialist covering the region’s critical transportation and commuter news including breaking stories on travel and infrastructure.

She will begin her new role on Monday, Sept. 30.

Thompson has been a general assignment reporter for WCVB since February 2017. She is a New England native who was born and raised in Kennebunk, Maine. Thompson started her career in Boston more than a decade ago as a production assistant.

Prior to joining WCVB, Thompson reported for sister Hearst station, WMTW Portland, Maine. Before that, she spent two years in Abilene, Texas, working for KRBC as a reporter, producer and weekday anchor.

Thompson is a graduate of Hofstra University in Long Island where she studied broadcast journalism.