Back to TVNewsCheck Home Print this page
DMA 82: SPRINGFIELD, IL 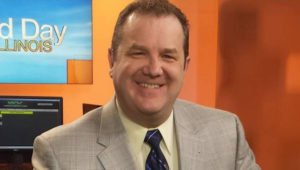 The ad for a WICS-TV morning meteorologist showed up Tuesday on the Sinclair Broadcast Group’s website.

Meteorologist Joe Crain said during a June 5 broadcast that he understands viewers’ complaints about the “Code Red” brand. Critics say the moniker is overused, unnecessarily alarms people, harms businesses and marks the entire viewing area with the alert regardless of how isolated the storm threat.

Crain hasn’t been seen on air since he made his comments. As a result, several prominent advertisers have pulled spots from the station.

Station officials have not commented on why Crain is no longer on the air, citing a personnel matter.