With NBC Near Certain To Cut Primetime, Prepare For A 10 P.M. News

NBCUniversal CEO Jeff Shell has all but confirmed a decision to trim back primetime by an hour, a move that will fundamentally alter the linear broadcast industry. Broadcasters would do well to buckle up for change now.
By Hank Price | October 7, 2022 | 2:20 p.m. ET. 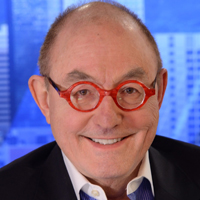 It seems almost certain now that sometime in 2023 NBC will cut primetime programming from three hours to two as part of an overall reallocation of resources from the broadcast network to Peacock.

With NBC serving as pathfinder, ABC and CBS are no doubt looking at their own options, though no one can predict at this point what decisions either might make.

Restructuring NBC likely has been on the table for some time, but urgency was added by Nielsen’s August announcement that streaming viewership had passed cable and blown by broadcast. That report was not unexpected, but a shocking announcement at the recent 2022 Code Conference came out of the blue.

Ruminating on the future, conference speaker and former Disney chief Bob Iger said “linear and satellite TV is marching toward a great precipice, and it will be pushed off… I can’t tell you when, but it goes away.” Like a Trojan horse, Iger had opened the city gates to a hoard of analyst predictions, none of them good, some outrageous.

As if on cue, last week Wells Fargo downgraded Paramount, citing concerns about the company’s linear businesses being able to support the long-term growth of streaming. Wells Fargo was unkind in its predictions, cutting Paramount’s price target from $40 to $19.

Comcast’s problem is not price target, but actual stock value, which has dropped 45% over the past 12 months. This is in large part due to the company’s cable business, but Peacock’s slow start has not been helpful.

Why talk so much about stock? If you want to know where our industry is heading, keep your eye on one metric: stock valuations. The major media companies are fixated on Wall Street and right now it cares about one thing: streaming. Never mind the billions being generated by linear television, Wall Street always looks to the future.

How does one evaluate streaming companies? Revenue and profit of course matter, but the big factor, more than anything else, is paid subscribers. With that in mind, let’s look at the relative subscriber strength of four major companies:

If the standard among the three owners of traditional networks is Disney’s 152 million subscribers, 43 million is bad. Fifteen million is a disaster.

It was in this atmosphere that NBCUniversal CEO Jeff Shell sat down last week with a reporter from his own CNBC network to talk about the future of his company, especially his hoped-for growth of Peacock. This was not a casual interview, but a planned message to Wall Street using a tame employee to ask questions about calculated areas of discussion.

Shell came across as a friendly and reasonable executive whose primary concern was investor value (read stock price). He wanted everyone to know off the top that Peacock had grown from 12 to 15 million subscribers and that up to 30 million sometimes watched the free version.

It was fascinating to hear Shell list “linear” as an asset, along with sports, film and original product. He said linear is still “an incredibly important business … a part of the overall ecosystem … it’s not over.” I’m sure those were reassuring words to employees of Comcast’s linear business at 30 Rockefeller Center, also known as NBC.

When asked about cutting back prime to 10 p.m., Shell said: “If we’re being prudent operators … if you are allocating a bunch of resources to one part of the business, you have to take a look at resources allocated to another.”

Acknowledging that NBC has some “great shows and money at 10 .p.m. … we have to make decisions … as our investors would want us to.” Shell said he was not “ready to make a decision” but would do that based on “whatever the numbers show.”

Translation: NBC is planning to restructure its network business. The elimination of 10 p.m. programming will be part of that restructuring, but there could also be cuts in other areas. Nothing was said about protecting news, so expect NBC News to bear part of the burden.

Shell was not asked about the $1 billion dollars he recently ordered cut from NBC to support programming on Peacock, but that elephant was clearly in the room and part of the equation.

We don’t know the timing of NBC’s upcoming announcement, but the CNBC interview, along with a recently leaked story to the Wall Street Journal, seem designed to prepare both the market and affiliates for major changes.

As I’ve written before, when NBC does announce a cut in prime from three hours to two, there will be pressure on CBS and ABC to do the same thing. It is too early to know what decisions either network might make, but keep in mind all owners feel pressure from Wall Street to advance their streaming investments.

If television stations are going to bear the burden of losing one third of their prime-time inventory, they will certainly want a full hour of news inventory at 10, while retaining their current newscasts at 11, something many Fox stations already do. The network will likely want to move its own latenight programming up to 11, so a negotiation will be in order.

One must also raise the question of the huge affiliate-to-network program payments that are based on retransmission revenue. It seems reasonable that a change in prime would allow stations to ask for some relief, though any reduction is unlikely to happen.

NBC will not make an announcement until all elements are in place and negotiations finalized, but if I was running a network affiliate, I would begin to think about plans for an extended late newscast.

As I wrote in a recent column, the mass addition of local news inventory is a mixed blessing, especially for weaker stations unable to command a premium. Could this finally lead to a thinning of the news herd? Reducing network prime is a step in that direction.

Whatever NBC’s final announcement, it will fundamentally alter the industry, a process that began when the networks launched their own streamers.

There are many wild cards in this equation, CBS and ABC among them, so consequences and outcomes are unpredictable. The one thing we can be sure of is to expect more change to come.

Hank Price is a media consultant. His second book, Leading Local Television, has become a standard text for television general managers. In a 30-year general management career, Price led TV stations for Hearst, CBS and Gannett, including WBBM Chicago, KARE Minneapolis, WVTM Birmingham, Ala., and both WXII and WFMY in Greensboro/Winston Salem, N.C. Earlier, he was a consultant with Frank N. Magid Associates. Price also spent 15 years as senior director of Northwestern University’s Media Management Center. He is currently director of leadership development for the School of Journalism and New Media at Ole Miss

Random Idea- Broadcast TV could aggressively market and promote OTA (aka “linear”) television to young viewers who have almost no idea that the flatscreen on their wall magically provides dozens of channels chock-full of content… through the air… for free! No glitchy app or expensive subscription is required. Some of the content is almost watchable too! – Or, produce even more local news, saturating the market, and continue to reach an older, shrinking, and ultimately dying audience.