FILE - President Barack Obama, right, presents the Presidential Medal of Freedom to composer Stephen Sondheim during a ceremony in the East Room of the White House, on, Nov. 24, 2015, in Washington. Sondheim, the songwriter who reshaped the American musical theater in the second half of the 20th century, has died at age 91. Sondheim's death was announced by his Texas-based attorney, Rick Pappas, who told The New York Times the composer died Friday, Nov. 26, 2021, at his home in Roxbury, Conn. (AP Photo/Evan Vucci, File)
By Mark Miller | November 28, 2021 | 5:13 p.m. ET. 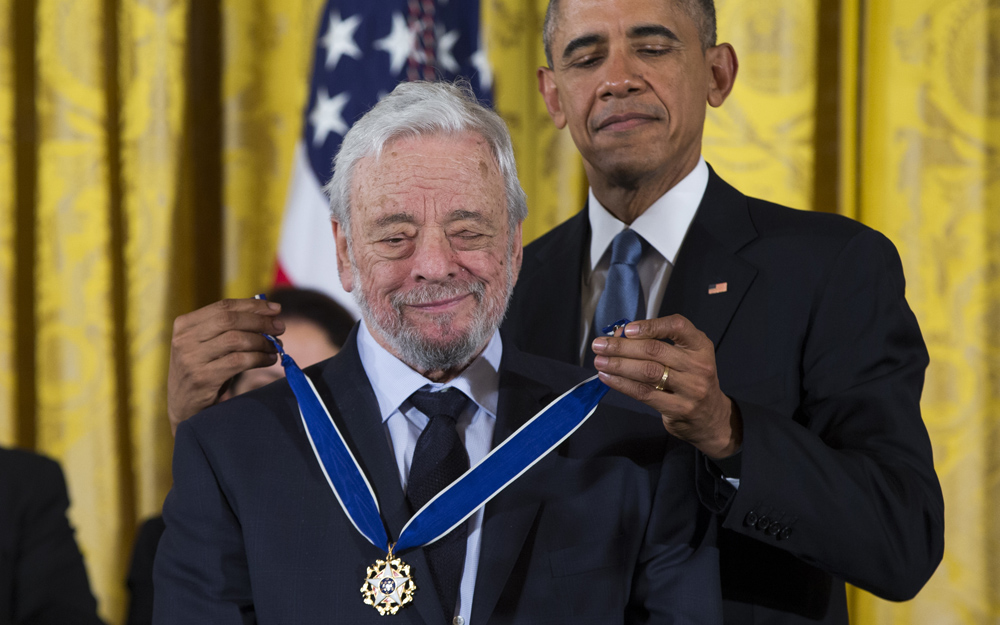