Back to TVNewsCheck Home Print this page
SPONSORED BY PROVANTAGEX

Sales leaders from a half dozen major TV station groups gathered to talk about the challenges they face competing with an increasingly powerful array of digital giants. Key to their strategy is moving to impressions-based selling and creating an automated pipeline connecting media buyers and TV sales reps and cutting down on the busy work that drives up the costs of transactions. Pictured: Frank Comerford, chief revenue officer, and president, commercial operations, NBCU Owned Television Stations.
By tvn-member-1078419 | November 12, 2019 | 11:04 a.m. ET.

Local TV broadcasters have an answer for advertisers looking for more opportunities to invest in brand-safe, premium video: multiplatform campaigns that include spots in linear TV, OTT, online and mobile.

“Marketers realize that some of the video impressions they’ve bought in the past didn’t always bring a lot of value,” said Adam Monaco, SVP Disney Advertising Sales, Local. “They are looking for premium video and that’s what we provide. It’s a great opportunity for us.”

Capitalizing on this opportunity will not be easy, as broadcasters will need to overhaul, almost completely, the way they sell advertising. To talk about this challenge, the sales leaders of half a dozen of the largest TV station groups in the U.S. gathered for a luncheon roundtable with executives of ProVantageX, which sponsored the TVNewsCheck-produced event.

The pressure to modernize spot TV buying and selling has been mounting. “So much has changed in 24 months.,” explained Dan Mellon, VP of transformation at Sinclair Broadcast Group. “You are seeing the migration of advertising dollars to other platforms that are competing with impression-based [transactions],”

“We’re all frenemies in this room,” Mellon added, with a nod to the other broadcasters.  “The real competition today is Google; it is Facebook; it is Amazon. And Amazon is scaring the hell out of Facebook and Google.” 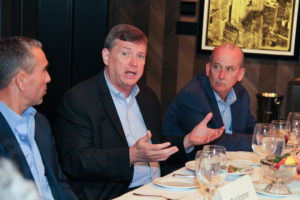 Broadcasters are pushing back against the competition by switching to selling impressions, a move that will expand the number of shows buyers can invest in to include those with ratings too small to meet minimums used for buys based on cost-per-point.

“All other media are measuring with impressions,” noted Frank Comerford, chief revenue officer and president of commercial operations at NBC Owned Stations. “Local TV and local radio are the last two not to adopt it,”

Selling impressions will also allow local broadcasters to sell multiplatform campaigns, combining linear TV with over the top (OTT), mobile and online ad opportunities. “This brings out an efficiency and an ease for our customers and for us,” Comerford said.

Along with moving to impressions-based selling, broadcasters are working to replace a torrent of faxes, emails, rekeying and discrepancies with software tools that will allow media buyers and sellers to communicate directly and quickly, without having to labor manually through what amounts to stacks of paper (or emails) to keep a buy accurate and up to date, no matter how many programming changes or under-performing spots try to bog things down.

The manual labor involved in a spot TV buy forces TV stations and agencies to have lots of extra people involved in a transaction, Comerford said. “We have all these people. There’s a buyer and a seller, but there’s also an inputter around the back of the ad agency, and a sales assistant sending makegoods out, and a billing clerk at the end paying the bills. There’s a whole people zoo using different systems on the same buy.”

The upshot is that the cost of a spot TV buy often adds up to five to six percent of a campaign’s budget, compared to just one percent for a digital campaign, Comerford said, and that, he and his colleagues maintained, drives advertisers to abandon the local TV media buying department in favor of less expensive transactions.

“The local TV departments at major media buying agencies are seeing money leave for more efficient media,” one sales VP said.  “They are saying, ‘We need help because the client looks at us as the least efficient way of doing business.’

“Getting to the solution won’t be easy,” he continued, “but we need to get there.”

Too many pipes, too many processes

The goal: an end-to-end software pipeline connecting media planning and buying platforms with sell-side platforms that are connected to traffic and billing systems. A pipeline, in other words, will allow a buyer and seller to transact without the army of assistants and the hours of extra stewardship deals currently require.

The challenge: While some agencies have embraced and even pushed for impressions-based selling and automation, others, out of habit or a lack of resources, are dragging their feet. 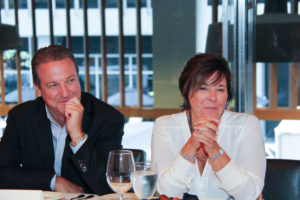 “Learning and training are hard,” said Randy Altman, director of agency sales at ProVantageX. “It’s a long process. People resist it, and they don’t have time.”

Also slowing the automation process is the diversity of platforms in use on both the buy and sell side and the challenge of connecting them all.

“We have a series of broken pipes — something here and something there — but we don’t have a total solution,” Comerford said, echoing the sentiments of other broadcasters around the table.

As if that weren’t enough of a barrier, the increasing frequency of network program changes complicates the process of making good on spots that get preempted.

“We’ve done studies that show that 80-plus-percent of units that moved are due to network programming changes – or a weather event,” one broadcaster said.

Automating the make-goods process would permit a media buyer and seller to write rules into an order that would govern what spots could be used to make up for any that get bumped. At the end of each day, the software could identify replacement spots and wait for buyer and seller to hit a go-ahead button.

The devil lies in the details.

An automation platform might allow TV stations to send all of the post log times to all of the buyers quickly and easily, “but it doesn’t necessarily solve the fact that there were 15 program changes,” said Ted Kramer, EVP of sales for ProVantageX. “The transferring of new information isn’t the issue. The issue is when the information gets to where it’s going, what happens? 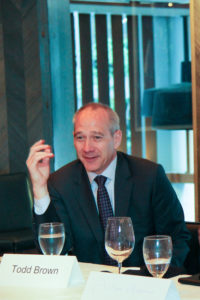 “There needs to be a way to organize the whole process in a more seamless, simpler manner. WideOrbit has a stake in this. Mediaocean has a stake in this. A lot of people have a stake in it,” Kramer said, referring, respectively, to the industry’s largest traffic and billing software and media buying software providers. “For everybody to figure out how they are going to become part of this easier operation is a big task. And we’re certainly going to do that.”

In the end, what buyers and sellers want is an end-to-end platform, connected via TIP-sanctioned APIs (application programming interfaces) that would connect the many different tools being used by media buying agencies and stations so they would permit a request for proposal, a proposal, an order, change orders, invoices and affidavits to flow back and forth without the army of assistants currently involved in the process, broadcasters said.

“The buyers and sellers know the marketplace,” Comerford said. “It’s the tools that aren’t there.”

The road to creativity

Once impressions-based selling and buy-sell automation become the norm, local TV buyers and sellers will have more time to be creative on campaigns, participants at the roundtable said, and sales reps can spend more time in front of clients.

“I would much rather have my sales reps do that than makegoods and stewardship,” said ABC’s Monaco.  “We would have more time to market and talk about the value of what we bring to clients and finding new clients who aren’t advertising locally.”

Another opportunity lies in demonstrating to advertisers that the linear TV and other types of premium video that broadcasters offer power many of the sales that are often attributed to online search engines and clients’ websites. 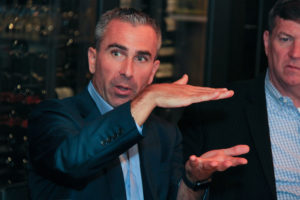 “In 2020, buyers and sellers will get their first look at end-to-end automation. The whole dynamics will begin to change as we move through this next step.” — ProVantageX’s Kramer

“We need to drive home the value of what we do every day because our product still generates sales for car dealers, for direct response advertisers, cable operators, telcos and politicians,” Monaco said.

Comerford agreed. “We need better attribution models. “If a website gets the last clickers because they have watched your ad nine times on TV and then go to the website, did the website sell the car?

“We need to prove attribution to the seller.”

Despite the challenges, the industry will take an important step forward in 2020 in completing the automation process, noted ProVantageX’s Kramer, after the roundtable concluded. “In 2020, buyers and sellers will get their first look at end-to-end automation. They will see how it works from pre-buy negotiations to make-goods, revisions, stewardship and posting and they will get to experience how automation will enable the process through to completion.

“Next year will be a critical step in our process,” Kramer continued. “It’s going to be exciting. All of the dynamics will begin to change as we move through this next step.”

For more information about how ProVantageX, which serves both buyers and sellers, is providing the industry with the media industry’s first end-to-end automated platform, please visit us. (links to: https://www.provantagex.com/