FILE - Sesame Street's Big Bird participates in the ceremonial lighting of the Empire State Building in honor of Sesame Street's 50th anniversary on Friday, Nov. 8, 2019, in New York. When Big Bird tweeted he had been vaccinated against COVID-19, conservative politicians immediately pushed back, including Ted Cruz who grilled Big Bird for what he called “government propaganda.” (Photo by Evan Agostini/Invision/AP, File)
By Mark Miller | November 11, 2021 | 5:16 p.m. ET. 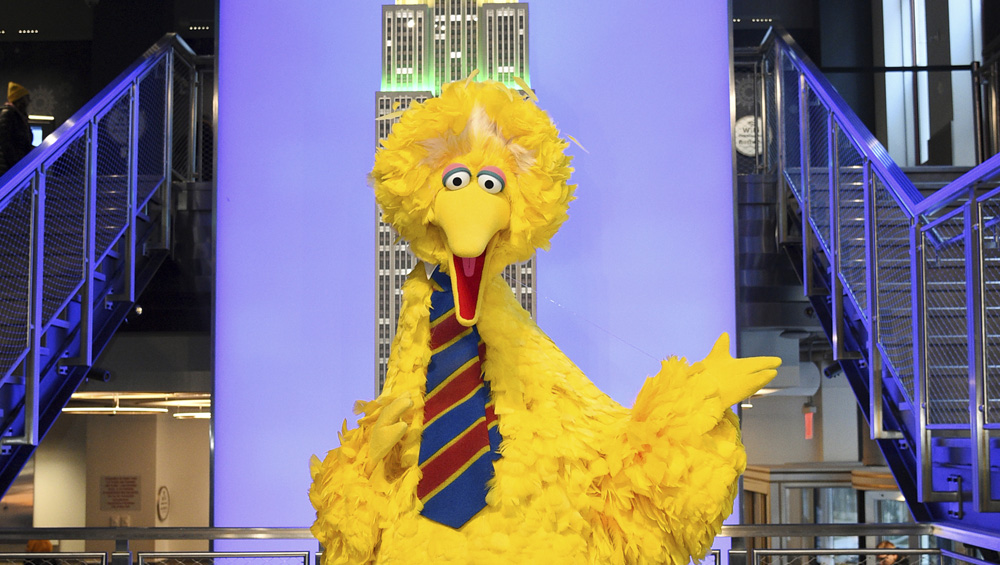