The veteran distribution and marketing executive moves from The Weather Channel to become VP of network distribution at the Allen Media Group division.
By Mark K. Miller | September 10, 2020 | 12:57 p.m. ET. 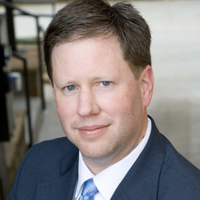 A 10-year distribution, marketing and affiliate relations veteran of ESN’s The Weather Channel, Gibson is now responsible for increasing the distribution and negotiating carriage and re-transmission agreements for all eight ESN television networks, including The Weather Channel, the free streaming AVOD service Local Now and all 16 of the AMG broadcast network-affiliated television stations nationwide.

Gibson will continue to be based at the The Weather Channel offices in Atlanta.

Gibson holds a B.A. in communications from Pennsylvania State University, and was a member of the Cable Executive Management Program at the Harvard Business School.

“We are excited to elevate Bruce Gibson to his new position,” said Janice Arouh, president of networks distribution and marketing for Allen Media Group’s Entertainment Studios Networks. “Bruce is a tireless champion of our cross-portfolio distribution efforts for The Weather Channel, Entertainment Studios Networks, Local Now, and retransmission consent for the Allen Media Broadcasting stations. Bruce is enthusiastic about executing our strategic vision while continuing to meet the needs of our affiliate partners.”

Getting bored? Want to spare some extra time? Watching a movie or a TV show is always a good idea in such times. Isn’t it? Well, in that case, you need to have a good website to stream online or download a movie or TV show to watch for later. Sockshare provides you the best experience for that purpose. https://themarketsresearch.com/watch-movies-on-sockshare/