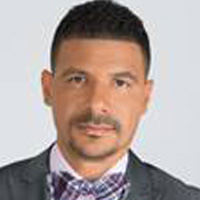 Each hour-long episode of Breakthrough with Dr. Steve Perry will feature him offering advice, guidance, tough truths and often a little humor to his guests, whether they are in crisis, at a crossroads or stuck in a problematic relationship.

“We are excited to bring Dr. Perry’s unique voice and inspiring perspective to daytime,” said Angelica McDaniel, EVP, syndicated program development for CTD. “He has been committed to improving the lives of American families for decades, and we are thrilled to be taking the work he does in his office every day and moving it to television so that millions more people can benefit from his wisdom and advice.”

“We think Breakthrough has potential,” added Frank Cicha, SVP of programming for FTS. “And being able to present it in January, when there isn’t much going on in syndication, makes it that much more compelling. Our goal is to deliver fresh programming year-round, so we’re glad to be working with CBS on this.”

In 2005, Perry became founder and principal of Capital Preparatory Magnet School in Hartford, Conn., with one simple mission: high-quality education with college-bound opportunities for children in poverty. He then started Capital Preparatory Schools, a nonprofit organization that opens and operates charter schools in New York and Connecticut. Three schools are currently open in Harlem, Connecticut and the Bronx.

Raised in Harlem, Perry overcame a childhood living in poverty and eventually became a social worker and earned a Ph.D. in education.

He was the focus of CNN’s Black in America series, an education contributor to CNN and MSNBC, an Essence magazine columnist, and host of the TVOne docudrama Save My Son.

Perry is the author of the best-selling book, Push Has Come To Shove: Getting Our Kids The Education They Deserve – Even If It Means Picking A Fight. He has also been featured in multiple shows on the Oprah Winfrey Network and is an education adviser to Oprah Winfrey, Sean “P-Diddy” Combs and Bishop TD Jakes.

Everybody and their brother thinks that they can host a talk show. More failures than successes in this genre.

I agree after it’s 2-week test run it will never be seen from again.