Litton Entertainment to be rebranded as Hearst Media Production Group and will be led by Bryan Curb, Angelica Rosas McDaniel and Chris Matthews.
By TVN Staff | January 13, 2022 | 1:30 p.m. ET.

Three senior executives have been appointed to newly created positions at Hearst Media Production Group, which was formed in September 2021 to expand Hearst Television’s original program production and distribution, incorporating existing resources from Litton Entertainment and the weekly syndicated program Matter of Fact with Soledad O’Brien. 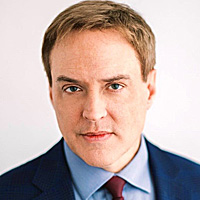 Bryan Curb has been named executive vice president and general manager, educational/informational (E/I) programming. He previously was chief creative officer for Litton Entertainment, which is best known for its Emmy-winning weekend E/I programming airing on major broadcast networks. In his new role, Curb will oversee all aspects of E/I programming, including program development, business standards and practices, sales and marketing. Before joining Litton in 2018, he was founder and CEO of MTO Productions, a Burbank-based independent television and video production company. 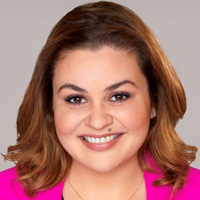 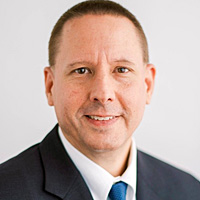 Chris Matthews has been named chief financial officer. He previously was senior vice president and chief financial officer for Litton Entertainment. His responsibilities will expand to include financial oversight of all Hearst Media Production Group operating units, as well as strategic planning and business growth opportunities. Before joining Litton in 2016 he was a partner with the accounting firm Dixon Hughes Goodman.

“Bryan, Angelica and Chris are savvy media executives who will help propel the new group from a creative, strategic and business standpoint,” said Frank Biancuzzo, president of Hearst Media Production Group. “Together with our existing team of strong managers, producers and operational staff, we’re poised for great things ahead.”

Alongside the senior leadership news, it was also announced that Litton Entertainment will be rebranded as Hearst Media Production Group to provide a cohesive presence in the production and distribution marketplace, encompassing all of the unit’s new and existing content.  Litton was founded in 1989; Hearst acquired a majority interest in 2017 and the balance in 2021. Its current program portfolio comprises more than 30 series and hundreds of hours of content annually on leading broadcast station groups and networks — and in 97 countries — and on connected TV and streaming platforms, with a library of more than 4,000 hours of programming.

As President/CEO of MTO Productions, prior to his joining Litton, Curb led a production slate that earned him 20 Emmy nominations and four Emmy wins for E/I and other programming; MTO went on to collaborate with Litton on several shows. Before moving to California and entering the television industry, Curb worked in advertising for political campaigns in Washington and throughout the United States. He has also directed national television commercials for advertisers such as Kraft, Quaker Oats and Frito-Lay. Among other industry activities, he is a member of the National Academy of Television Arts & Sciences.

While at CBS from 2010 to 2019, McDaniel oversaw the network’s highly successful daytime lineup. Among her accomplishments, she launched The Talk, CBS’s first daytime talk show. Before moving to CBS, she was creative director of new media for Warner Bros.’ Telepictures studio shows including The Ellen DeGeneres Show, Extra and The Tyra Banks Show. She has served as a member of Women in Film, as an executive member of the Hollywood Radio & Television Society, as a governor of the Academy of Television Arts & Sciences, and as a member of the CBS Diversity Council, and she has been recognized with seven Imagen Awards, launched by Norman Lear to recognize and encourage the entertainment industry to portray the Latino community in a positive and accurate manner.

Matthews brings to his role more than 25 years of accounting and finance experience. At Litton he has overseen finance and accounting and has been integrally involved in the company’s strategic initiatives, working closely with Hearst Television. At Dixon Hughes Goodman, he served clients in the media and technology industries as a partner in the firm’s assurance and advisory practice.