Lionsgate’s Debmar-Mercury and Funny Or Die partner for a three-week summer preview of an entertainment-talk-comedy hosted by Jerry O’Connell beginning Aug. 12 on some Fox O&Os.
By Mark K. Miller | March 11, 2019 | 1:00 p.m. ET. 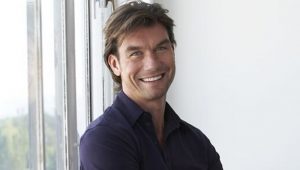 Debmar-Mercury and Funny Or Die, the entertainment brand and studio behind TV, branded and viral digital content, will co-produce the show, which will feature a mix of celebrity interviews and specially produced comedy segments from Funny Or Die.

Debmar-Mercury Co-Presidents Ira Bernstein and Mort Marcus said: “We are big believers in trying new concepts and excited to once again be collaborating with our friends at Fox. We have come to know Jerry as a true talent whose infectious charisma and authenticity have made him a favorite of many daytime talk show fans, and we are so glad to provide him with this opportunity to shine.”

Funny Or Die CEO Mike Farah said: “Jerry is one of the all-time great guys. He’s funny, smart and his energy is contagious. We’re proud to collaborate with him and Debmar-Mercury, and think this is the perfect show for Funny Or Die’s first foray into daytime television.”

O’Connell said: “I love daytime. I love watching it and have fallen in love with guest-hosting it. Whether asking people to ‘Cash Me Outside’ or asking them ‘How You Doin?’, daytime is a big part of my life. I am thrilled to work with my friends at both Debmar-Mercury and Funny Or Die. I have been collaborating with both companies for years and am so excited to bring a little bit of the traditional — and something brand new — to the audience. This is going to be a fun, fun time and everyone is invited. Let’s party.”

Beginning his career at age 11 co-starring as Vern Tessio in Stand by Me, O’Connell later received critical acclaim for his role as quarterback Frank Cushman in Jerry Maguire. Most recently, the actor starred as the lead in WGN’s Carter and in The Death of Superman alongside his wife, Rebecca Romijn.

O’Connell’s additional film credits include Scream 2, Can’t Hardly Wait, Mission to Mars, Tomcats, the Jerry Bruckheimer-produced comedy Kangaroo Jack, Yours, Mine and Ours, Man About Town (alongside Ben Affleck), Obsessed (alongside Beyoncé), Piranha 3-D, as well as the big screen follow-up to the hit cult television series, Veronica Mars.

In addition to his film work, O’Connell was recently seen on multiple hit television series including Scream Queens, Mistresses and Billions.