THE BACHELOR - "2602" - Clayton moves forward in his journey to find love with the 22 incredible women who remain. After moving into the Bachelor Mansion for the first time since the pandemic began, these eligible singles are ready to kick off a week of dates! On the season's first group date, celebrity guest Hilary Duff enlists the help of the ladies to throw a dream Beverly Hills birthday party, but when one woman is more interested in spending time with Clayton than the kids, the others have strong feelings to share. Later, one lucky lady flies high with Clayton on the first one-on-one date featuring a surprise musical performance by Amanda Jordan; and Ziwe stops by the second group date to help Clayton spot potential red flags among his bachelorettes. After the dates have all ended, a major storm brews heading into the cocktail party when a shocking secret about a woman who already has a rose is revealed. Will Clayton be forced to do something that no other Bachelor has ever done before? Find out on "The Bachelor," airing MONDAY, JAN. 10 (8:00-10:01 p.m. EST), on ABC. (ABC/John Fleenor) THE BACHELOR
By Mark Miller | January 11, 2022 | 12:19 p.m. ET. 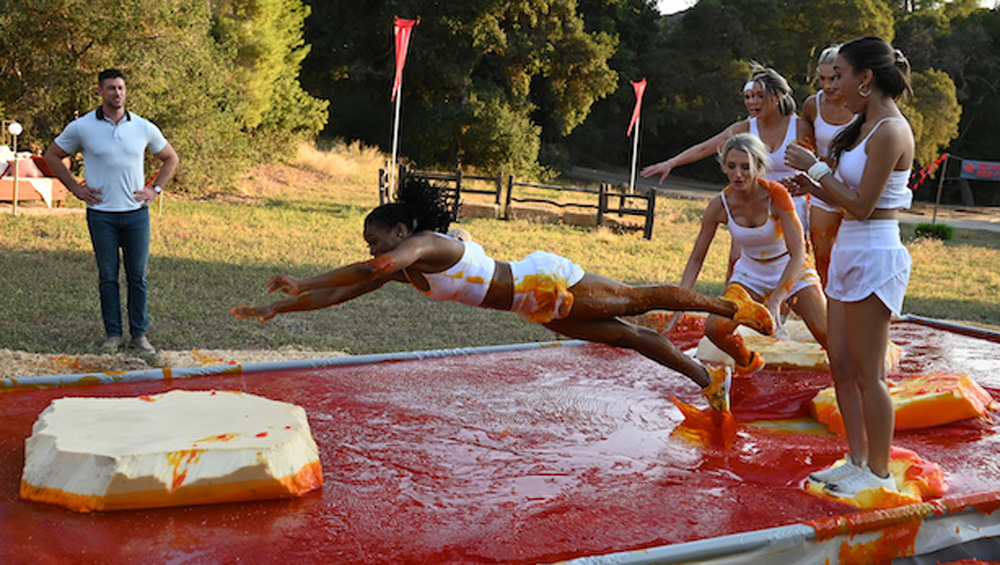