THE CELEBRITY DATING GAME - “Taye Diggs and Demi Burnett” – Star onstage and on screen, Taye Diggs challenges contestants to describe the word “love” without using the word “love” while Michael Bolton sings a clever rendition of “You Are So Beautiful.” Meanwhile, “Bachelor in Paradise” television personality Demi Burnett is looking for a loving companion no matter their gender. Demi tries to get to know the contestants by asking them what the sentence at the top of their dating profile would be. Michael Bolton sings “I’ll Stand By You” to help the contestants predict Demi’s identity on “The Celebrity Dating Game” airing MONDAY, JUNE 28 (10:00-11:00 p.m. EDT), on ABC. (ABC/Craig Sjodin) ZOOEY DESCHANEL, DEMI BURNETT, JORDAN HARVEY
By Mark Miller | June 29, 2021 | 2:29 p.m. ET. 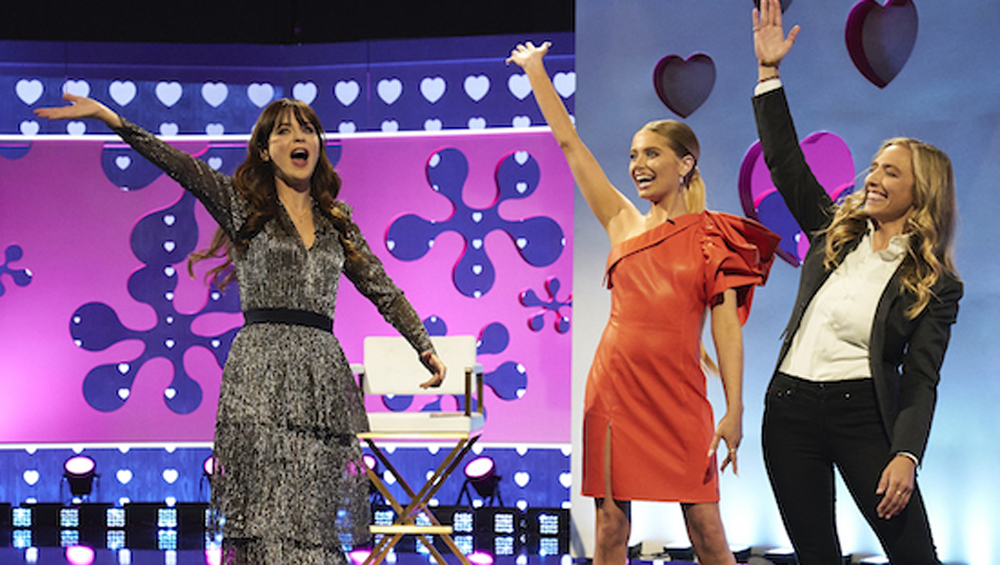