‘Punchline’ To Return To Fox Stations 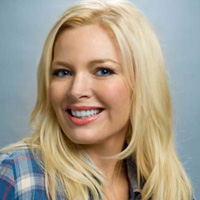 Punchline will return to Fox Television Stations on July 15 for a six-week run, announced.

Hosted by Melissa Peterman (Reba, The Singing Bee), the program is a daily, half-hour, current events-driven game show in which two teams, composed of two comedians each, compete to come up with the best punchlines based on the days’ headlines.

In making the announcement, FTS EVP of Programming and Development Stephen Brown said: “We loved this summer test when we did it two years ago and now with a few tweaks and a new superstar, comic host Melissa Peterman, we think we have a fresh summertime hit for our stations.”

Actress/Comedienne Melissa Peterman is best known as “Barbra Jean” from the hit television comedy, Reba. Peterman played Bonnie Wheeler on Baby Daddy for six seasons on Freeform. She starred and executive produced Working Class for CMT and is recurring on CBS’s Young Sheldon.

Peterman has hosted CMT’s The Singing Bee, ABC’s Bet on Your Baby and is a frequent cohost on NBC’s Access Hollywood. In 2010, she released a comedy special Melissa Peterman: Am I The Only One. She has also opened on tour for Reba and Kelly Clarkson.

Peterman said: “I am a game show fan and hosting is something I love-add in brilliant comedians and it is a winning combination. I am excited to work with Dave and Cleve. I love the shows they create. I know I am in good hands.”