This image released by NBC shows Seth Meyers on "Late Night with Seth Meyers" in New York on Dec. 16, 2021. This week’s remaining episodes have been scrapped after the Meyers tested positive for COVID-19. Meyers tweeted Tuesday his positive result but said he felt fine, thanking the vaccine and a booster. NBC has canceled shows scheduled from Tuesday to Friday. (Lloyd Bishop/NBC via AP)
By Mark Miller | January 4, 2022 | 2:20 p.m. ET. 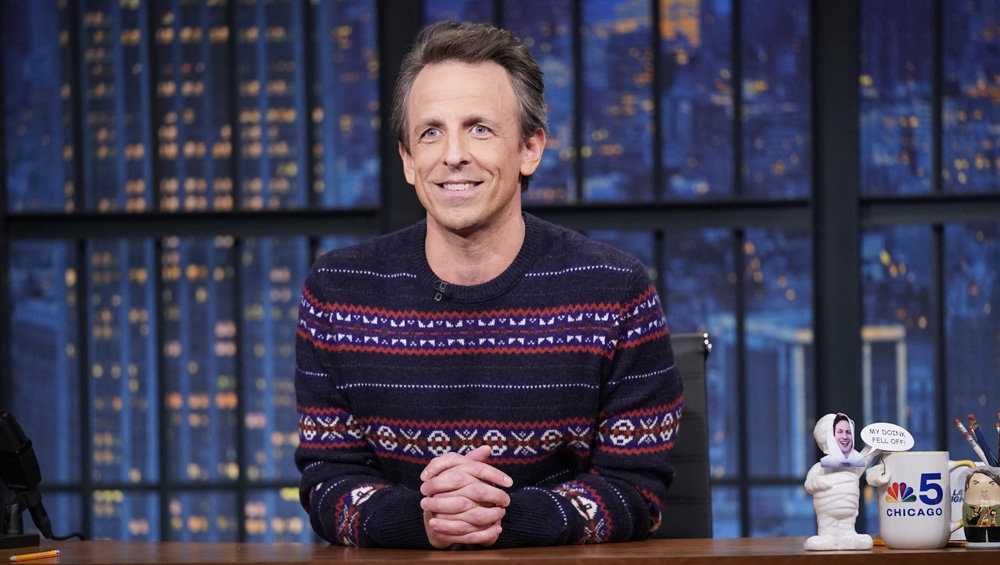