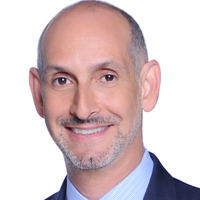 Today, NBCUniversal Telemundo Enterprises said that industry veteran Luis Silberwasser will be leaving the company after serving as president, Telemundo Networks for four years. He will stay through Oct. 1 to help with the transition.

During his tenure at Telemundo, Silberwasser helped change the programming strategy and the positioning of the network.  Silberwasser bet on new genres and formats, and focused on meeting the evolving tastes and demands of the new Hispanic consumer.

Cesar Conde, Chairman of NBCUniversal Telemundo Enterprises and NBCUniversal International Group, said: “Luis helped propel our rise as the definitive media and entertainment brand for today’s Hispanic consumer. He has made an indelible mark on our company at a time of great transformation. On behalf of everyone at Telemundo, I want to thank him for his dedication, partnership and invaluable contributions.”

Silberwasser said, “I’m extremely proud of what we have accomplished at Telemundo and the important role of this organization in serving the Latino community across America. Today, Telemundo is the clear leader, not only in viewership, but as the network that will take content risks and breaks stereotypes.  I am thankful to have had the opportunity to work with the best team in the industry and to have been a part of Telemundo’s groundbreaking success.  As I now embark on new content-making ventures, I will always look forward to seeing the Telemundo brand continue its tremendous growth.”

Conde said: “These industry veterans will continue to power Telemundo’s spectacular rise during this momentous time for Hispanic media, as Latinos reshape the way Americans think, act and buy. Each of the leaders named today has advanced our clear mission for change, as we continue to transform our business for the future. I am excited by everything they have accomplished already for Telemundo and believe that for our audiences, our partners and our employees — the best is yet to come.”

Telemundo said the appointments are fueled by its primetime programming wins, “record-breaking ratings during the 2018 FIFA World Cup Russia and weekend news growth, combined with record ratings for local news across key markets.”

The appointments:
Beau Ferrari: EVP of NBCUniversal Telemundo Enterprises. Ferrari oversees the operations, financial performance and corporate strategy for the company. He will closely partner with all content divisions and NBCUniversal teams across the portfolio.

Peter Blacker: EVP, revenue strategy and innovation, NBCUniversal Telemundo Enterprises. In this newly created role, Blacker will work across linear and digital platforms to amplify the company’s monetization efforts throughout all revenue streams. He will closely collaborate with NBCUniversal teams and will also oversee the company’s Digital & Emerging Business Group.

Ronald Day: EVP, entertainment, Telemundo Networks. Day will be responsible for programming, talent and promotions of primetime, daytime and specials for Telemundo and Universo Networks.

This leadership team will report to Conde and will be based at the company’s Telemundo Center in Miami, which opened in March.