Is Marketing Local TV Working In A Changing Media Ecosystem?

A TVNewsCheck webinar featuring executives from Tegna, NBCUniversal Owned Television Stations and Fox Television Stations will evaluate how well local TV is marketing its own brand in a media environment ever more crowded with options. Register here.
By TVN Staff | February 5, 2021 | 5:30 a.m. ET.

TV stations have long been adept at marketing their news and other programming, but are they as successful at marketing their brands? TVNewsCheck will gauge how effective the industry has been at brand building in Marketing Local TV, a webinar slated for Feb. 25 at 1 p.m. ET.

The webinar will address how well station groups are positioning their programming in a media environment increasingly filled with targeted channels and streaming services. Industry marketing leaders will share their suggestions for how TV stations can enhance their marketing to resonate most deeply with audiences.

“Branding a local TV station in an increasingly noisy media environment is more crucial than ever, especially with the proliferation of streamed entertainment and news sources vying for audiences’ attention,” said Kathy Haley, co-founder and publisher of TVNewsCheck. “We look forward to a lively conversation about how local TV marketing is evolving.” 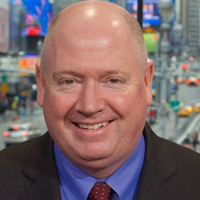 Frank Cicha, EVP, Programming for Fox Television Stations — Cicha is executive vice president of programming and has been with Fox Television Stations since 1997. In this role, he oversees all programming, program testing, and scheduling for the station group.  The testing strategy has proven to be successful, yielding such programs as The Wendy Williams Show, TMZ Live, The Real, Dish Nation and most recently, Central Ave. Meredith Conte, VP consumer and ad sales marketing, Tegna — As VP of marketing for Tegna, Conte is responsible for growing multiplatform audiences across 63 local broadcast stations in 51 markets nationwide through strategic marketing and creative efforts. In her role, she recruits and counsels local marketing teams and oversees the Tegna Design Tank — the company’s in-house design agency. She also spearheads campaigns for enterprise rollouts such as original programming launches and digital products.

Prior to joining Tegna, Conte was director of marketing for TLC, part of Discovery Communications. She developed TLC’s promotional strategy behind shows like Say Yes to the Dress, All-American Muslim, Breaking Amish and dozens more. She produced multiple award-winning campaigns including the network’s Royal Wedding stunt in New York City, the launch of Sarah Palin’s Alaska, and TLC’s wedding campaigns, which made the network the No. 1 cable network for women 18-49 on Friday nights.

Previously, Conte worked as associate director of marketing for National Geographic Channel and senior associate for brand marketing with Burson-Marsteller. She has been recognized as Tegna’s Corporate Staffer of Year and received a variety of additional honors including Discovery’s Innovation Prize, several PromaxBDA Awards, CableFax’s Marketing Team of the Year and more. Therese Gamba, chief marketing officer and SVP of acquired programming, NBCUniversal Owned Television Stations —In this role, Gamba serves as an in-house consultant to NBCUniversal’s 42 NBC and Telemundo owned stations, regional news network NECN and all associated digital properties on their individual brand strategies, as well as NBCLX, a TV and streaming network designed for Gen Z and millennial audiences.

In addition, Gamba oversees The Arthouse, the division’s award-winning graphics unit. She is also the division’s primary contact for acquiring syndicated programming and assists in the selection, scheduling and promotion of new programming. In her role as chief marketing officer, Gamba represents the division in the NBCUniversal Marketing Council, coordinating broader cross-company promotional campaigns and marketing efforts, including the Olympics.

Gamba joined NBCUniversal in August 2011 as SVP of marketing for the NBC Owned Television Stations group, bringing 20 years of television experience in broadcast, cable and syndication where she held several senior marketing and brand building roles.

Prior to NBCUniversal, Gamba worked as a consultant specializing in marketing and media strategies for a wide range of clients, including Warner Brothers Domestic Television Distribution.

She spent seven years at the ABC Owned Television Stations from 2002 to 2009, as VP of programming, advertising and promotion at KABC in Los Angeles and VP of programming and station marketing at KGO in San Francisco. At both stations, she was responsible for the overall branding of the station as well as its digital platforms. Additionally, Gamba’s duties included purchasing and scheduling acquired programming as well as developing and producing original content.

Before ABC, Gamba worked at Viacom for four years, as VP of marketing for TNN: The National Network (currently known as The Paramount Network) where she was part of the team that rebranded the channel from a regional to a national network, and VP of marketing for Worldvision Enterprises, where she led marketing of their syndicated programming, including Judge Judy.

Previously, Gamba was the director of advertising and promotions for Columbia-TriStar Television Distribution for three years, working on both business-to-business and consumer marketing campaigns for off-net and first run programming. She was also a marketing and advertising consultant for Frank N. Magid Associates, where she consulted for TV stations across the country. An award-winning producer and creative director, Gamba began her career in local radio and television in her native San Francisco. Stephen Arnold, president, Stephen Arnold Music — Often referred to as “the most heard, least known composer in America,” Stephen Arnold has composed musical identities for some of the world’s best-known media and consumer brands. As president of Stephen Arnold Music (SAM), he heads a full-service internationally acclaimed sonic branding agency with headquarters near Dallas. For more than 25 years, SAM has been widely regarded as a leading producer of sonic brands and original music for clients around the world with compositions heard daily in 500-plus million homes worldwide. Ritch Colbert, principal, PPI Releasing — He is an industry veteran with proven first-run track record who has created and led several entertainment ventures. He has enjoyed a career spanning more than 20 years in television syndication, where he directed efforts to develop, launch and distribute off-network series, feature films, movies made for television and original programs.

To join the webinar as a participant, please register here.