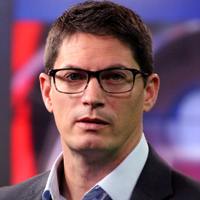 In making the announcement, WTVT VP-GM Jeff Maloney said: “Kyle is a proven leader, fantastic communicator and skilled art director who possesses a natural curiosity that will continue to propel the Graphic Hub to best in class. He consistently exceeds expectations and is a highly valued member of our team.”

Gaca has been with the Fox Television Stations graphic team since its inception in 2009, when he served as an assistant art director. In 2011, he was promoted to art director for the hub.

Gaca began his career with Fox Television Stations in 1998 at WJBK Detroit as a senior graphic designer. Prior to joining Fox, he was a graphic designer for WGVU Grand Rapids, Mich.