Back to TVNewsCheck Home Print this page
LETTER TO THE EDITOR

Arthur Greenwald: “I concede that rapid changes in technology make it arguably unfair to place this entire burden [of providing children’s programming] on broadcasters. But until the FCC and Congress demonstrate the will to extend that task to cable and streaming providers (perhaps by mandating special discounts or reimbursement for eligible households) broadcast regulation remains the only practical tool.”
By Arthur Greenwald | June 26, 2019 | 5:47 a.m. ET. 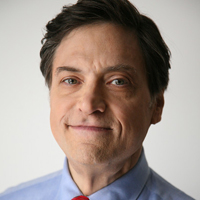 Editor: Continuing what by now is surely the longest-running regulatory debate in broadcast television, I must once again take issue with my friend Harry Jessell’s characterizing mandatory carriage of children’s shows as “pointless.” The present and proposed regulations have a very specific purpose: to provide for the special content needs of preschool-aged children, especially those from low-income families, who otherwise would not be served by free, over-the-air television.

Special content for preschooleers is not a new idea, nor was it dreamed up by some recent gathering of do-gooders. It derives from solid research-based evidence that young children lack the developmental capacity to understand televised content the way adults — or even older kids — can.

Preschoolers may be alternately confused or terrified by slapstick or fantasy violence. And very few young children understand the purpose and motivation of commercial messages vs. program content. All this was well-established even before the 1972 Surgeon General’s Report on Television and Social Behavior.

I concede that rapid changes in technology make it arguably unfair to place this entire burden on broadcasters. But until the FCC and Congress demonstrate the will to extend that task to cable and streaming providers (perhaps by mandating special discounts or reimbursement for eligible households) broadcast regulation remains the only practical tool.

In the meantime, broadcasters would be foolish to protest too much. At some level, even the NAB recognizes that requiring public service in exchange for a broadcast license is not only fair, it’s the main reason that local broadcasters continue to enjoy a special relationship with viewers. While I’m glad the child audience remains a priority, I’d support the possibility of broadening the kidvid regulations to accept other genres of community programming in lieu of cheaply-produced kids fare.

However, I’m not getting my hopes up. In fact, a few years ago, I found myself in a long cocktail line alongside Tom Wheeler, who at the time was still Obama’s FCC Chairman. I asked him if the FCC would ever consider imposing public service requirements on cable, satellite and streaming platforms. His friendly expression changed to a look of deep concern, as if this crazy person with the empty cocktail glass might suddenly turn violent. I let him off the hook, saying “I take it that’s a ‘no?’ ”

Oh well. At least I asked.

Arthur Greenwald is a veteran program and promotion producer who often consults with nonprofit groups in the arts, education and health fields. Arthur and his wife Wendy Garen, live in Glendale, Calif., even though, like Harry Jessell, Arthur much prefers Pittsburgh.

I’m a reader and have been a media observer/columnist for over 20 years professionally. I may not be as well-tenured as Misters Greenwald and Jessell, but my age shouldn’t really be considered a hindrance to this discussion. In fact, it serves me quite well because I’m old enough to remember what my generation considers the last great television age in kid-vid before the Children’s Act of 1990 as well as various amendments to it strangled the life of it. I always thought it was hypocritical for the FCC to mandate the three-hour E/I requirements when, at the same time, the Gingrich-led House tried to destroy PBS at the same breath. That drama didn’t really bother my peers at the time. It felt like broadcast television no longer wanted our patronage anymore.

That’s not quite hyperbole. When you see the drivel spewed by Litton across four of the five major broadcast networks (honestly, why hasn’t anybody called the networks on selling out to a group that has a near-monopoly on the broadcast Saturday morning lineups?) and the general malaise and indifference shown by the five major commercial networks to reach younger audiences, is there any wonder broadcast numbers in general have cratered so hard? An entire generation of viewers have abandoned broadcast television because broadcast television abandoned them first.

There’s no loyalty to broadcast brands anymore, only shows. Syndication and streaming media pretty much created a gray channel where everything goes. It’s like purgatory, but with old friends. I’m hoping the new FCC revisions make the broadcasters (not just the affiliates) do something with their actual programming instead of continuing to rent their valuable air to Litton. If anything, the new rules are pretty much trying to make broadcasters be creative with their programming again. With interstitials, PSAs, and monthly-specials counting as E/I programming, it’s like they want to bring back the era where Schoolhouse Rock, One to Grow On, The Bod Squad, Time For Timer, After School Specials, and In The News as well as spots featuring Woodsy the Owl, Smokey the Bear, and various pro-environment, safety, and anti-drug groups dominated the landscape when I was younger. It may not restore the institution that was Saturday mornings, but it’s a start. Maybe it could even convince broadcasters to mine their own libraries and put in some shows. Even older stuff would suffice since a generation never seen them before (though something like Fat Albert might be a hard sell in 2019).

While I’m in agreement that children are best served by broadcast television and that it’s not pointless to air shows for them, I feel that broadcasters should be more active in their own programming. And hey, they don’t have to dedicate an entire lineup to educational fare anymore, meaning kids might actually watch those channels again. I’m actually curious what the subchannels will do with their reclaimed time. Broadcast television has been given a second chance to cultivate a new generation of viewers for the first time in ages. They better not squander it.

I thought that the new rules didn’t go far enough I believe that broadcasters don’t need to air E/I & nature shows that why you have PBS for the E/I stuff for kids. I know not going back to cartoons on Saturday when I was growing up in the ’80s & ’90s etc.