For more than 75 years, the decrees have governed the process by which these two organizations license rights to publicly perform musical works. Justice says the review is to determine whether the decrees should be maintained in their current form, modified or terminated.
By Mark K. Miller | June 5, 2019 | 3:31 p.m. ET. 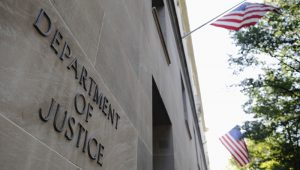 As part of The Department of Justice’s ongoing review of legacy antitrust judgments, the Antitrust Division today announced that it has opened a review of its consent decrees with The American Society of Composers, Authors and Publishers (ASCAP) and Broadcast Music Inc. (BMI).

For more than 75 years, these decrees have governed the process by which these two organizations license rights to publicly perform musical works. The purpose of the division’s review is to determine whether the decrees should be maintained in their current form, modified or terminated.

ASCAP and BMI are the two largest performing rights organizations in the United States. Their primary function is to pool the copyrights held by their composer, songwriter, and publisher members or affiliates and collectively license public performance rights to music users such as radio and television stations, streaming services, concert venues, bars, restaurants, and retail establishments.

The Antitrust Division first entered into consent decrees with ASCAP and BMI in 1941 and they have since been modified — the ASCAP decree most recently in 2001 and the BMI decree in 1994. The decrees require ASCAP and BMI to issue licenses covering all works in their repertory upon request from music users. If the parties are unable to agree on an appropriate price for a license, the decrees provide for a “rate court” proceeding in front of a U.S. district judge. Neither decree contains a termination date.

“The ASCAP and BMI decrees have been in existence in some form for over 75 years and have effectively regulated how musicians are compensated for the public performance of their musical creations,” said Makan Delrahim, assistant attorney general for the Antitrust Division. “There have been many changes in the music industry during this time, and the needs of music creators and music users have continued to evolve. It is important for the division to reassess periodically whether these decrees continue to serve the American consumer and whether they should be changed to achieve greater efficiency and enhance competition in light of innovations in the industry.”

The Antitrust Division has posted an invitation for public comment on its public website, inviting interested persons, including songwriters, publishers, licensees, and other industry stakeholders to provide the Division with information or comments relevant to whether the ASCAP and BMI decrees should be modified, terminated, or retained unchanged. The period for public comment ends on July 10.

In response, NAB President-CEO Gordon Smith, said: “Broadcasters welcome the opportunity to participate in the Justice Department’s review of the music antitrust consent decrees, and appreciate that the tone of DOJ’s inquiry recognizes the ongoing importance of this antitrust framework.

“For decades, these BMI and ASCAP antitrust consent decrees have ensured a fair and efficient licensing of musical works to local radio and TV stations. The decrees benefit songwriters, broadcasters, music licensees, and music listeners. Absent broader legislative reforms, their preservation is essential to a fully functional music marketplace.”

And Meredith Rose, policy counsel at Public Knowledge, issued this statement: “The decision to reopen an examination into the consent decrees that underpin the modern music marketplace is inexplicable in its timing or reason. We are less than five years out from the last consent decree review. We are less than one year out from the passage of the Music Modernization Act, which was founded on the presumption that the consent decrees would continue to exist in their current form. Even Congress has explicitly asked that the consent decrees not be reconsidered until a new system can be put in place. We urge the DOJ to listen to the concerns of stakeholders and refrain from sweeping changes to the current model.”