Back to TVNewsCheck Home Print this page
FOCUS ON WASHINGTON

Broadcasters, led by the NAB, are urging lawmakers to let the Satellite Television Extension and Localism Act Reauthorization, or STELAR, expire on Dec. 31. STELAR is at the top of NAB’s legislative hit list in part because it has morphed into a tool that one company in particular — DirecTV — has been using to bypass stations and retransmission consent fees in up to a dozen markets. But of larger concern is that cable and satellite operators will use the legislation as a vehicle to weaken broadcasters’ retransmission consent rights.
By Doug Halonen | March 13, 2019 | 7:49 a.m. ET. 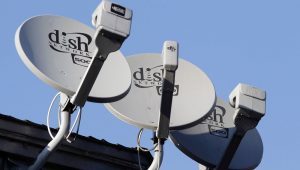 Broadcasters, led by the NAB, were urging lawmakers last week to let the Satellite Television Extension and Localism Act Reauthorization, or STELAR, expire on Dec. 31.

Broadcasters, led by the NAB, were urging lawmakers to let the law — the Satellite Television Extension and Localism Act Reauthorization, or STELAR — expire on Dec. 31.

STELAR is at the top of NAB’s legislative hit list in part because it has morphed into a tool that one company in particular — DirecTV — has been using to bypass stations and retransmission consent fees in up to a dozen markets.

But of larger concern is that cable and satellite operators will use the legislation as a vehicle to weaken broadcasters’ retransmission consent rights, something they tried to do in 2014, when the law was last renewed.

As STELAR moved through Congress five years ago, broadcasters had to torpedo a provision backed by Senate Commerce Committee leaders that would have undermined retransmission consent with a regime that would have enabled subscribers to decide what broadcast signals to receive and pay for on an a la carte basis.

Although that provision was knocked out, the legislation passed with other provisions that barred separately owned broadcasters from jointly negotiating retrans deals in the same markets and required broadcasters and pay TV operators to negotiate carriage deals in good faith.

“If the bill were to expire, there wouldn’t be this Sword of Damocles hanging over our heads every five years,” a broadcast industry source told TVNewsCheck.

It’s early in the legislative going this year, but there appears to be some key support for STELAR reauthorization, while the prospects for retrans reform are murkier.

The concerns of broadcasters that STELAR exposes them to possible mischief from competitors is well founded. The bill’s proponents make no secret of their intentions.

“Broadcasters oppose STELAR reauthorization because they fear a public debate about the fraying retransmission consent regime, created in 1992 and increasingly incongruent with today’s technology and consumer needs,” said an AT&T spokesman.

NAB talking points being circulated on Capitol Hill contend that the case for the satellite law has weakened substantially since the original version of the measure was adopted in1988 to help “nascent” satellite TV companies compete with cable.

“No technological impediment exists to providing satellite viewers with their local broadcast station rather than an out-of-market substitute,” NAB’s lobbying flyer says.

But STELAR supporters, led by the American Television Alliance, are urging lawmakers to reauthorize.

“Congress needs to renew STELAR to keep their constituents from losing signals that many have had access to for dozens of years,” said Trent Duffy, an ATVA spokesman, in a statement.

ATVA is an industry group formed to lobby for retransmission consent reform. Its members include DirecTV owner AT&T, Dish, Verizon and ACA.

If STELAR breathes its last breath on New Year’s Eve, Gray Television will have particular reason to celebrate, because it owns TV stations in seven of 12 TV markets in which DirecTV is currently not providing local TV station signals.

According to Robert Folliard, VP of government relations and distribution at Gray, DirecTV is declining to carry local TV signals in some cases because STELAR makes it cheaper for the satellite operator to import distant network signals.

“Why pay market prices through retransmission consent when you can essentially get a 90% to 95% discount?” Folliard said.

Making the case of renewing the law, the Satellite Broadcasting & Communications Association’s talking points being distributed by ATVA say that more 870,000 satellite subscribers, many in the most rural areas of the country, receive at least one distant network signal from DirecTV or Dish.

“In many cases, only the Satellite Act permits them to receive network television at all,” the talking points say.

“In all cases, failure to renew the Satellite Act would remove channels from people who legally receive them today — many of whom have done so for years — and who would not understand why those channels were taken away.”

“That’s a total lie,” Folliard said, of the claim that more than 800,000 homes would lose network TV without the satellite law. “It’s STELAR that allows Dish and DirecTV in certain circumstances to import the distant out-of-market signals instead of carrying the local ones.”

“If you live in North Platte [Neb.], you want the local weather reports, not the ones from Los Angeles,” said Folliard.

“We’ve been talking with lawmakers and explaining that those 800,000 can and should be getting local [satellite] signals, and that’s what lawmakers, and everybody, would prefer,” Folliard said.

Said an AT&T spokesman, in response: “The law only allows distant signals to be provided to homes that cannot get an over-the-air signal with an antenna — typically, a small percentage of any TV market.”

In the talking points for its campaign against STELAR, NAB makes clear that broadcasters also want to ax a provision in the current version of the law that requires broadcasters and pay TV operators to negotiate over the carriage of local broadcast signals in good faith.

“The good faith requirements set for expiration have provided no quantifiable benefit to either broadcasters or pay-TV providers,” NAB said.

“Must pass,” Senate Commerce Committee Chairman Roger Wicker (R-Miss.) was quoted as saying of STELAR, during an industry conference in Washington last month.

“STELAR will expire soon unless we reauthorize it, and I would expect that a majority of the Commerce Committee would be in favor of moving something to the president’s desk in that regard,” Wicker was quoted as saying in a Feb. 27 article in Politico.

Said a spokesman for the House Energy and Commerce Committee, which is chaired by Rep. Frank Pallone Jr. (D-N.J.): STELAR “provides a critical opportunity for Congress and the public to scrutinize today’s media marketplace and, specifically, whether it’s working for consumers.”

Said NAB’s Wharton: “We understand Congress’s desire to examine the rapidly evolving media space, but there is no reason to reauthorize STELAR provisions that harm local TV viewers.”

no cable provider should be allowed to import a programming that is available from a local broadcaster. period. That also includes sports. National networks like a CBS should not be able to offer it locally either.

Change it around a bit and think about it… “No person should be allowed to buy a less expensive product on Amazon or eBay if that same item is sold at a local store.” Seems a bit odd, doesn’t it…and, yeah, that’s a bit of apples and oranges but you get the gist.

Seems like it would be more productive for ACA to focus on getting rid of the requirement for “broadcast” stations to mandatorily be added to MVPD’s basic tiers (or didn’t we have a ruling that essentially opened that door?)

Let those pay subscribers who want to pay for broadcast stations pay, and save money for those who don’t. There’s no reason to require viewers to pay for something they can get off an antenna. New tuners and apps are coming on line that make blending OTA and pay services – and even OTT – much easier.

‘Walker’ May Get A Prequel Series At The CW