The array of options for over-the-air 3.0 is dizzying. But with roughly 75% of TV households still subscribing to cable, satellite or telco services — and retransmission fees from providing their signals to such pay-TV operators making up a growing portion of broadcasters’ revenue — it’s clear that 3.0 needs to work with cable in order to be a long-term success.
By Glen Dickson | June 20, 2019 | 12:38 p.m. ET. 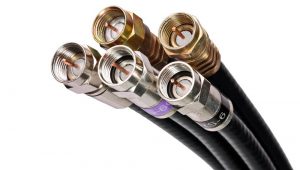 The next-generation ATSC 3.0 broadcast standard will give TV stations a wealth of new capabilities for over-the-air delivery, including reception on smartphones and other mobile devices; the ability to transmit 1080p “full HD” or 4K ultra-high-definition video, both with high dynamic range (HDR); and the option to complement their over-the-air services with targeted, interactive content sent via a broadband connection.

ATSC 3.0 even provides the ability to send multiple streams with different payloads and different reception characteristics within a single 6 megahertz channel, or provide different levels of reception throughout a market via the use of single-frequency networks (SFNs) based on multiple transmitters. 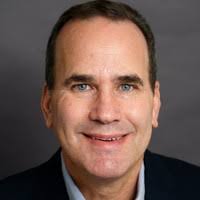 Verance’s Richard Glosser“If you want to build a business model around 3.0, you will need to extend your applications to reach the broadest audience possible, including MVPD customers.”

“If you want to build a business model around 3.0, you will need to extend your applications to reach the broadest audience possible, including MVPD customers,” says Richard Glosser, head of business development for Verance.

With that in mind, Verance has created a digital watermarking technology for ATSC 3.0, Aspect, which is designed to persist through any form of pay-TV distribution, whether it be cable, satellite or OTT, in order to support emergency alerts and interactive applications on smart TVs. The watermark technology was successfully tested at WRAL Raleigh, N.C., this spring.

Broadcasters involved in Pearl TV’s Phoenix Model Market project have been working with local cable operator Cox Communications to figure out the impact on cable operators and other MVPDs (multichannel video program distributors) when 3.0 broadcasts are launched across the top 40 markets by the end of 2020.

“Cox is our partner in Phoenix,” says Pearl TV CTO Dave Folsom. “They’ve been terrific partners with us and have made it all work, despite our rush to get it on the air before last year’s NAB.”

Cable operators and other MVPDs don’t have any regulatory obligation to carry 3.0 signals, which would require them to replace millions of legacy MPEG-2 set-top boxes with new units that can handle 3.0’s HEVC compression system as well as the 4K UHD programming some broadcasters are expected to offer.

But if ATSC 3.0 proves popular with consumers in the future, then Cox will want to support it, says Steve Watkins, executive director of strategic technology policy for Cox Communications.

When that day will come is unclear; broadcasters are already required by the FCC to provide a 1.0 simulcast of their primary 3.0 network feed for a minimum of five years. A more pressing issue for Cox and other MPVDs is the near-term impact the launch of 3.0 will have on their existing carriage of 1.0 signals.

That’s because in each market where 3.0 lights up, significant changes to multiple stations’ existing ATSC 1.0 broadcasts are necessary in order to free up spectrum to create a 3.0 “lighthouse” station, including moving to new channels, changing bit-rates and even switching formats. And those 1.0 broadcasts —, either delivered directly by fiber or received over-the-air — are what cable expects to continue to use for carriage for the foreseeable future. 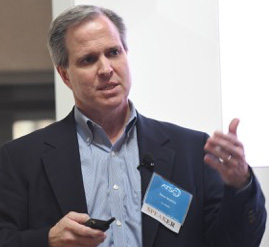 “That’s going to be key to this,” says Watkins. “We’re not yet ready to jump on ATSC 3.0 being the primary, or even the backup, at this point. We need this to flesh its way out first.”

Take Phoenix as an example. For Unimas station KFPH to serve as the 3.0 lighthouse, the Pearl TV partners had to find new homes for the four services that KFPH had been carrying: a 1080i HD Unimas stream and three 480i SD services including a Univision stream and the GetTV and Escape diginets.

Relocating Unimas was relatively easy, says Folsom, as KFPH is part of a duopoly in the market with Univision’s KTVW, which was already carrying a 480i feed of Unimas alongside its 1080i HD Univision programming and two SD diginets. KTVW stopped carrying the 480i version of Unimas and instead began carrying HD streams of both Univision and Unimas. But it switched them from their usual 1080i format to 720p to conserve enough bandwidth to squeeze them in among its existing 480i Grit and Bounce diginets.

Pearl didn’t change the PSIP [Program System and Information Protocol data] for any of the affected stations, so when over-the-air viewers rescanned their TV sets their broadcast programming still appeared in the same spots in their channel lineup. And Pearl didn’t change the ATSC 1.0 fiber feeds for any of the four stations, so Cox didn’t experience an immediate impact.

But the 3.0 launch now means that Cox is now “flying without a net,” says Watkins, as it’s no longer using the 1.0 over-the-air broadcasts in Phoenix as a backup because of the changed lineups and formats. In the case of a fiber failure, Cox would have to manually regroom, re-encode and reformat each of those individual channels, a time-consuming process.

“We can’t just say here’s ABC over-the-air, and here’s ABC fiber, and the fiber just got cut or something happened, so let’s jump over to over-the-air,” says Watkins. “There’s no longer a one-for-one. ABC is now carrying [over-the-air] a fourth channel that’s not available on fiber. They’re only carrying three on fiber. So you’ve got issues of failover now. You can’t just look at the one-for-one multiplex and say I’m going to pull that whole fiber in. You’ve got to go find it. And you’ve got to remap it.”

New failover procedures are obviously required but are not yet in place. Cox could have the fiber changed to exactly match what’s being broadcast over the air in Phoenix, but that could cause other problems. Cox takes some broadcast feeds and redistributes them to other operators in the market, and vice versa. Watkins says this is common practice in the cable industry, with different operators’ facilities being better positioned to receive different stations’ signals based on either location (for over-the-air reception) or network connectivity.

“So if in this case, Unimas, Univision, NBC and ABC changed the format of the fiber feed to us, that would then change the format of the services going downstream to others,” says Watkins. “That may or may not be acceptable.”

At the least, such a change would require notifying all of the downstream partners in case new equipment or operating procedures are necessary. When it comes to changes resulting from 3.0, the more lead time, the better, says Watkins. The FCC requires that broadcasters give MVPDs 120 days notice of channel switches during the RF repack period, which ends July 13, 2020, after which the requirement reverts back to 90 days. Watkins likes at least 120 days, and says 150 or even 180 is preferable.

Unlike Phoenix, there are many Cox markets where over the air is the primary feed for carriage and fiber is the backup. In those markets, any changes to 1.0 signals would have immediate impact. Cox is trying to figure out an approach that it can roll out broadly across its systems rather than come up with “one-off solutions” for individual markets, says Watkins. A particular concern are format changes, such as the switch from 1080i to 720p like Univision and Unimas made in Phoenix.

“When that content comes to us, our systems are locked down to carry one format on a particular channel,” says Watkins. “It’s not designed to dynamically change. Just like a broadcaster doesn’t dynamically change from 1080i to 720p during a broadcast. You pick one and you stay on it. TVs typically don’t like having them change. So that’s going to drive some new encoding.”

Looking down the road, there may come a point where 3.0 is established enough that cable starts actually carrying it. That, says Watkins, is where life could get very complicated for operators that are considering a “blended environment” where legacy signals are sent via traditional QAM modulation and new services are sent via IP.

If cable begins using 3.0 as the primary source, or even as a backup source, it would have to address the HEVC compression in 3.0 broadcasts, which would be supported only by newer cable set-top boxes. To support legacy MPEG-2 set-tops, there will need to be a conversion from HEVC to MPEG-2 somewhere in the distribution chain.

“Is that done at the broadcast facility, in which case they provide you with a network feed of the MPEG-2, possibly as well as the HEVC, in which case they’ve done the transcode, and you simply use the MPEG-2 to feed your legacy?” asks Watkins. “That’s one option. If you do that, you still have the issue of a failover situation. So you’re probably going to need gear to do the 3.0 to 1.0 conversion at the headend for backup.”

Watkins thinks that 3.0 “in-band” data such as watermarks will likely be passed to the TV, but he’s concerned about how the TV may process things like interactive triggers. He’s also worried about how a 3.0 smart TV will manage broadcast content sent via a broadband connection alongside content delivered through the cable set-top. That represents a big change from the current cable experience, where the set-top and its remote are generally in control of what’s seen on the TV screen.

“Sharing the user interface is really a big concern,” says Watkins. “If the TV is doing one thing and the set-top is doing something else, you’ve got a complete disconnect in what’s going on, and the consumer is going to get a lot of confusion.”

Watkins gave a theoretical example of a Home Depot commercial delivered via 3.0 broadcast with a trigger for a 20% coupon that would be delivered via broadband. But when a customer presses “Select” on the remote to get the coupon, it doesn’t work, and the customer calls Cox to complain. The Cox customer service representative doesn’t know what the customer is talking about, since the app is being run by the TV, not Cox’s set-top. And the consumer needs to use the TV’s remote to make it work.

Watkins says a similar issue could occur when a 3.0 smart TV downloads an interactive app, or an ad, and the TV triggers playback. The consumer doesn’t want to use the app or watch the ad and changes the channel with their cable remote. But nothing happens, or the TV locks up.

Watkins says that broadcasters could try to figure out a way for interactive apps to work between the TV and the set-top, but that would be “very complicated.” Or they could possibly team with major operators like Comcast, Charter and Cox to build a new platform in which to run their 3.0 applications.

“Issues like this, there are solutions, but it can be very complex,” says Watkins. “We have to work this through.”