Executives from Tegna, E.W. Scripps, Hearst and Gray told a TVNewsCheck webinar last week that the cloud’s impact on master control operations is still years off, with those who have adopted hubbing still depending on traditional equipment.
By Glen Dickson | August 12, 2021 | 10:00 a.m. ET.

While cloud technology has recently made big inroads into broadcast news and sports production driven largely by the COVID-19 pandemic, its impact on master control operations still looks to be several years away.

Broadcasters who have adopted hubbing — streamlining operations for a station group by consolidating master control in centralized or regionalized technical centers — are still relying on traditional broadcast equipment. And they are happy with their current model with no near-term plans to disturb it.

That was the big takeaway from How Will Hubbing and the Cloud Affect The Future of TV Station Group Operations?, a TVNewsCheck webinar moderated by this reporter last week that brought together technology executives from Tegna, E.W. Scripps, Hearst Television, Gray Television and software vendor Bitcentral.

Scripps Acquires Its Way Into Hubs

Like many big groups, E.W. Scripps got into the hubbing game through acquisitions. It gained its first hub in Indianapolis through its 2011 acquisition of McGraw-Hill Broadcasting, its second hub in Norfolk, Va., through a 2019 deal with Nexstar for eight former Tribune stations, and its third hub, in Clearwater, Fla., through its acquisition of Ion Media earlier this year. There are about 40 staffers in the Indianapolis hub and around 20 in Norfolk who perform a variety of tasks, including master control for E.W. Scripps cable networks like Court TV and Newsy. 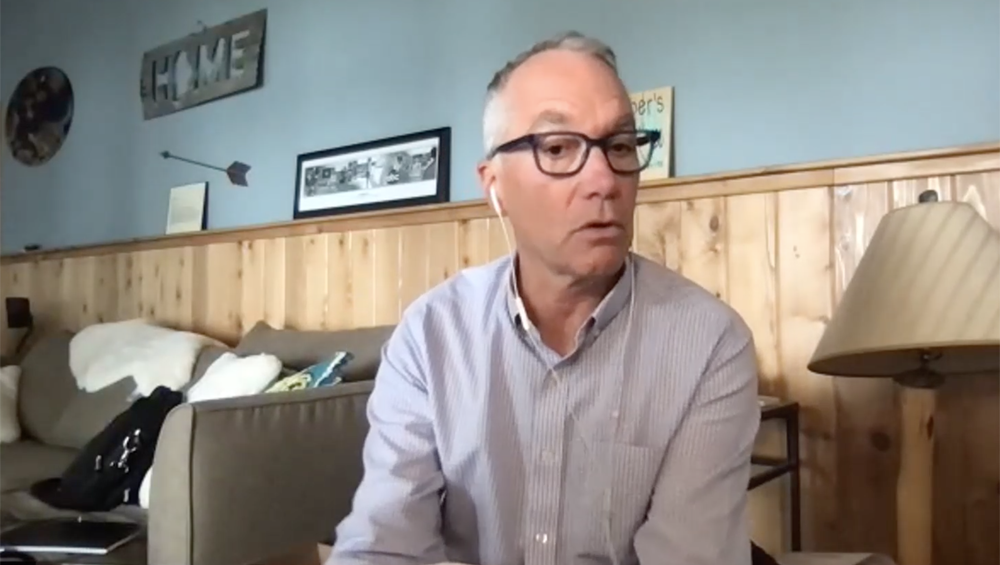 “We’ve grown from traditional master control services to command and control, that’s kind of traditional, but also content delivery or metadata delivery for syndicated content,” Thurber said. “We look into our hubs for innovation, they work with disaster recovery, so we do rehearsals for our Gulf Coast stations, and make sure that we can reach out and help a station when they really need it the most. Acquisition got us there, but we’re extremely happy to have them and the people in them.”

Hearst Television has been hubbing a number of its operations for over a decade, such as traffic in Charlotte, N.C., and acquisition, distribution, metadata and content prep in Orlando, Fla., as well as graphics creation. Hearst now has created two regional master control hubs in the Midwest and Southeast, with “targeted dayparts” for eight ABC affiliates hubbed in Kansas City, Mo., and for 10 NBC affiliates in Winston-Salem, N.C., said Hearst VP Engineering Stefan Hadl. 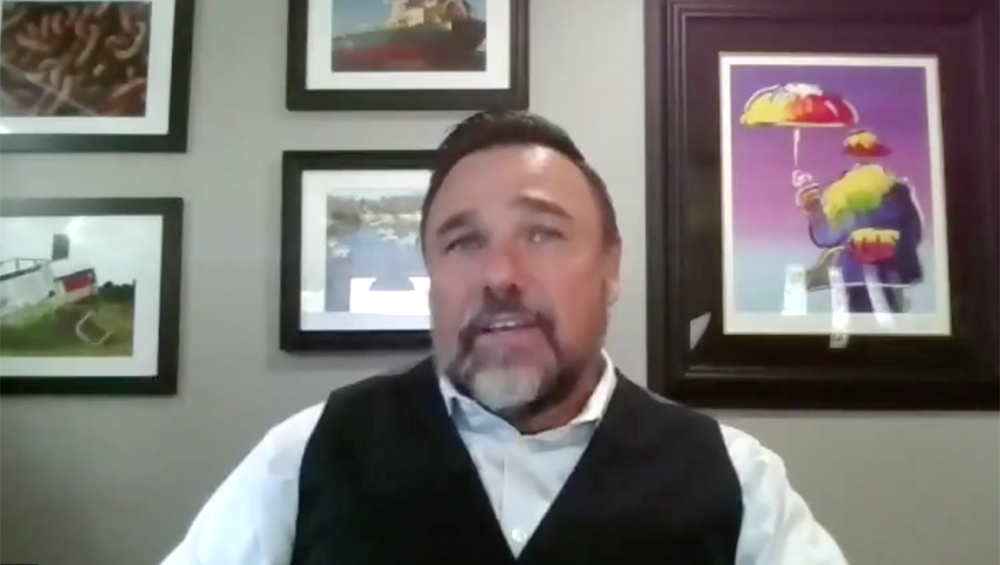 “We picked targeted times because it’s the low-hanging fruit, it’s the overnight, it’s a network time of day, which makes it easy to learn, to see how far out we can go,” Hadl said. “Because you’ve got to staff up these hubs if you get to the point where you’re bringing more and more in. You can’t have one individual or two individuals responsible for everything. Breaking news happens, we all know, when it’s least expected. And you’ve got to be able to hand that back to the local station and let them take control, or at least help them navigate to get there.”

Tegna has a long history of hubs or “shared service centers” for functions like graphics and traffic, said Tegna SVP and CTO Kurt Rao. Three years ago, the company assessed the state of technology across all of its stations, he said, and “saw an opportunity to figure out how do you standardize the process, the people side of the house and the tech as part of the next generation of investment.” 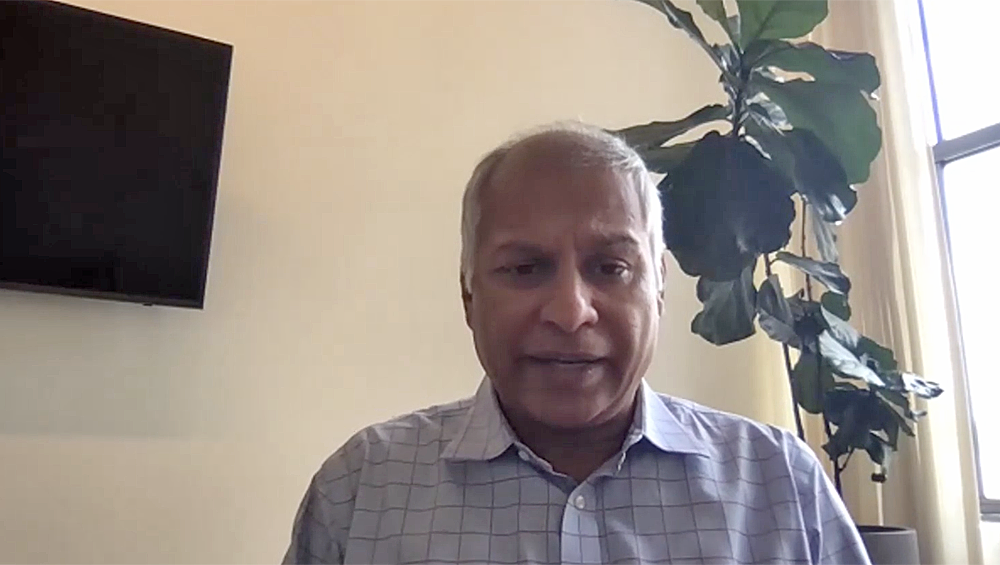 The answer for Tegna was to build its own centralized facility in Charlotte to handle master control for all 64 of its stations. Dubbed the “Tegna Streaming Center,” it is located in repurposed space at NBC affiliate WCNC. Basically a private cloud, the Tegna hub will be capable of outputting 240 linear streams when completed.

Tegna is about halfway through the process of creating the Streaming Center, Rao said, and is focused on “ensuring the communication between the stations and the hub is as crisp as can be.” Tegna makes ample use of public cloud technology for its OTT business, and will employ a mixture of private and public cloud technology for disaster recovery capability that will allow operators to work at home and remotely run master control functions if necessary.

Gray Television has taken a different tack from its competitors to achieve synergies and cost efficiencies in master control, by taking the master control and production control functions and merging the two positions in the combined role of technical media producer [TMP]. By using production automation software to automate the news, one operator is able to handle both news and master control responsibilities, said Gray Television SVP and CTO Dave Burke. Gray has been successfully using the TMP model for about eight years. 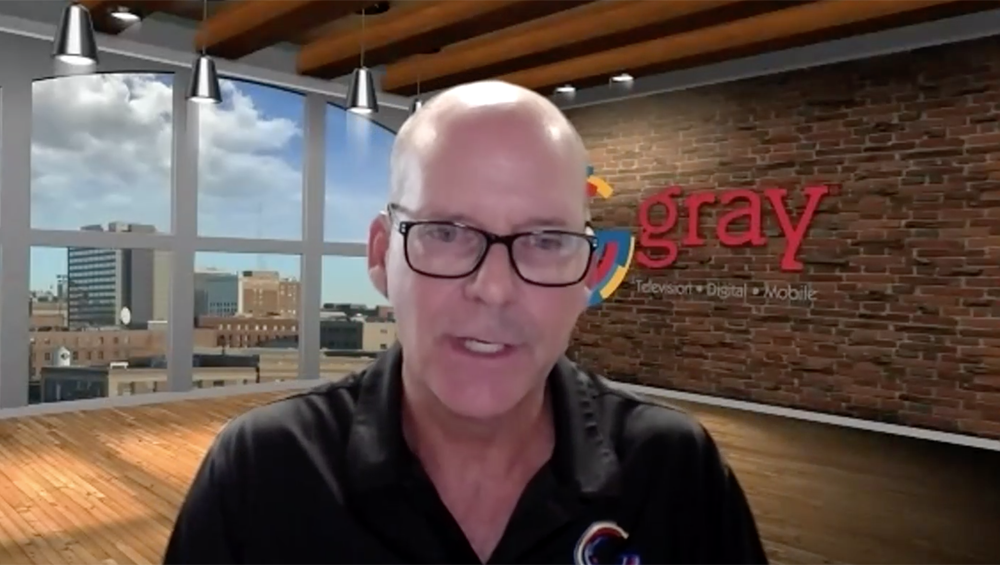 “That person does all the traditional master control duties as well as what a tech director might do in production control,” Burke said. “We get kind of the same synergies, except it’s self-contained at the TV station. News is what drives the TV station. We’re on with news five to six hours a day with our traditional Big 3 affiliates, and then you’ve got network the other 10-12 hours a day. You’re in the control room the bulk of the day, and having that operator in there who can do both master control and production control, that model works well for us.”

Bitcentral has master control customers who have approached centralized operations in completely different ways, said Sam Peterson, GM of the core business unit for Bitcentral. One has centralized personnel and hardware in a hub to support the operations of an entire station group, with 50 unique station outputs coming from the single site. Their big goal was to gain efficiencies on the ingest side as much as the playout side, Peterson said, as the group had a lot of common content among its stations.

Another group went in the completely opposite direction, with the hardware remaining “at the edge” close to the studio-to-transmitter link but with operators located remotely. That’s because this particular group had challenges with connectivity to the transmission locations, so the high-bandwidth links needed to be close to the transmitter at each site. However, getting enough bandwidth to remotely control the hardware at the edge was still feasible. 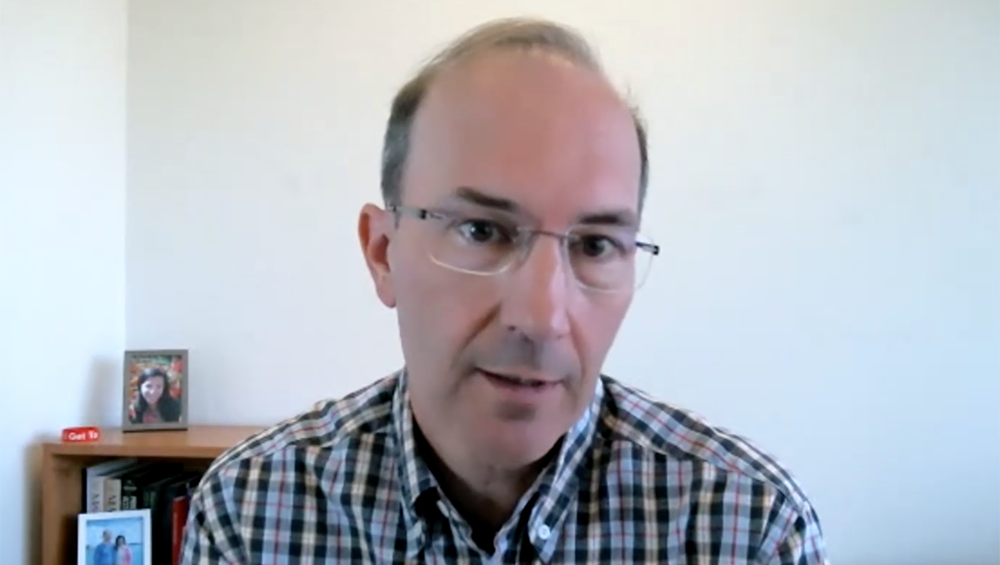 “For us as a manufacturer for this industry, we have to be flexible in the way that we put together systems to meet individual challenges,” Peterson said. “Because everybody has a little bit different spin on what they need.”

Some of what broadcasters need for master control is likely to come from the public cloud in the future. According to another audience poll question during the event, 84% of respondents expect to be shifting some master control functions to the cloud in the next five years.

That timing sounded right to Hadl, who noted that many processes Hearst does at its hubs like content prep and transcoding could easily be shifted to the cloud. But he said ingress and egress costs have to be considered and that the group wouldn’t do anything to jeopardize its local news product. He said the connectivity, redundancy and reliability of the cloud have to be good enough to make it feel like on-premise technology.

“When we get ready to do the next technology refresh on a piece of equipment or hardware that we’re hosting, that’s the time to move it to the cloud, if the cloud can support it,” Hadl said. “That’s what we’re watching. That five-year timeline is probably pretty accurate.”

Scripps already uses public cloud technology for some disaster recovery capability, and Thurber said the cloud could be a way to expand hubbing in the future. He noted the amount of work a hub could previously do was constrained by the size of the building. But that is changing rapidly, as during COVID some of E.W. Scripps’ master control operators began doing their jobs remotely from home.

“We are definitely looking at it, I love having content in two places,” Thurber said. “IT security is also a big topic. We think that grows in the coming months or years.”

Interestingly, all of the broadcasters on the panel said that people, not technology, are the biggest factor in making hubs work. Acquiring the right kind of talent, training them with a focus on customer service and then retaining them is paramount.

Thurber said most broadcasters can find off-the-shelf technology that will work for a master control hub.

Rao agreed that technology is the easy part of hubbing, and said he is emphasizing the “emotional quotient” among the 90-odd staffers at Tegna’s new Streaming Center.

“When somebody is not physically in the building, and they’re sitting in Charlotte, how does that person understand the culture of the station that they’re supporting?” Rao said. “And what’s that dynamic, when nine times out of 10 they’ve never been to that station?

“To me, that part of the training is so much more important,” he added. “Because you’ll get the technical side relatively quickly, and people will make some mistakes there. But it’s really understanding the culture of the organization that they’re supporting that makes it that much more important in terms of customer service.”