This month’s virtual Devoncroft Executive Summit took the measure of a media technology market radically altered by COVID-19, from a 10% hit to its overall market size, a reassessment of how of it does business and a big potential shift in its sales and marketing efforts. Above, Devoncroft’s Josh Stinehour emphasized that technology investment by broadcasters is an opportunity to drive increased revenues, not simply a cost center.
By Glen Dickson | December 17, 2020 | 10:09 a.m. ET.

The broadcast technology and finance worlds converged last week — virtually, of course — at the 2020 Devoncroft Executive Summit, produced by the media technology research firm Devoncroft Partners. The three-day online event drew a bevy of top executives from broadcast and cable networks and the technology vendors that supply them to discuss both the financial impact of the COVID-19 pandemic in 2020 and the macro trends that are guiding technology investment long-term.

Prevailing themes among the various keynotes and panel sessions were programmers’ sharp new focus on direct-to-consumer (DTC) initiatives, the growing adoption of cloud technology for broadcast operations and the need for vendors to evolve the way they market and sell technology.

The overarching message from Devoncroft principal analyst Josh Stinehour was that technology investment by broadcasters is an opportunity to drive increased revenues, not simply a cost center. But for it to be recognized as such will require better collaboration between engineering and finance departments and better communication of tech’s virtues to Wall Street.

“We as an industry have to do a better job of advocating and showing the value of technology,” said Stinehour, who spoke with CFOs from both Sinclair Broadcast Group and Discovery about their technology spending.

Stinehour disagreed with the emphasis by many media companies on investing heavily in additional content while at the same time cutting their technology spend by 5%-7% each year. He highlighted big programmers that launched new DTC businesses after first making substantial investments in technology. They included Disney’s multibillion-dollar acquisition of streaming pioneer BAMTech, which now powers its rapidly growing Disney+ streaming service, and Discovery’s multi-year move of major playout and production operations to public and private cloud platforms, which are now being used to launch its own Discovery Plus streaming product.

Vendors need passionate advocates like Stinehour, as other Summit sessions described a challenged media technology market heading into 2021. With the pandemic canceling the NAB and IBC shows this year, the last time Devoncroft held a conference was at IBC 2019. At that time, Devoncroft (working jointly with trade group IABM) estimated the size of the overall broadcast technology market as being $54 billion in annual revenues spread across roughly 3,000 companies. But it’s not $54 billion anymore, said Devoncroft founder Joe Zaller. 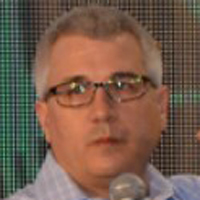 “We in March, like everybody else getting ready for the NAB show, had to radically change our model of the industry,” Zaller said.

Based on even-year cyclicality and the boost from 2020 Olympics, Devoncroft had originally estimated that the broadcast tech market would grow about 1.5% this year. But when it went back and recrunched its numbers, the firm estimated that the industry would be down around 10% in 2020, or some $5.8 billion.

“It’s a tremendous change of revenue that is just gone from the industry this year,” Zaller said.

Much of that loss can be attributed to the disruption of the Olympics and other live sporting events, which were shut down globally for most of the second quarter and then resumed this summer without fans in most cases.

FIFA estimated that COVID cost the global soccer industry around $14.4 billion, while the USTA reported event revenue for the 2020 U.S. Open was down 80% and ESPN recorded a 45% decline in viewership. Year-over-year viewership for a number of tentpole events was down over 40% this year, including the World Series, NBA Finals and the Kentucky Derby.

“What the events of 2020 have told us is that at least how we’ve done television historically is not going to be supportive of the economics of these leagues,” Stinehour said. “So yes, the sporting events have gotten back online but the economics haven’t.”

Of course, due to social distancing requirements sports production was already fundamentally changed when it resumed early last summer as programmers dramatically increased their use of REMI production techniques. Fox used 50% less on-site staff to produce MLB games, BT Sport had a 66% reduction in on-location staff for its coverage of Premiere League soccer and Liberty used 35% less staff to cover Formula One racing. Brazilian broadcaster Globo declared it was no longer going to build or refresh control rooms in the future for anything but Tier One sports like soccer. 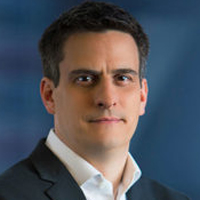 The changes also extended to non-sports programming, too. Discovery estimated it was saving $300,000 per hour in production costs from the move to at-home production during the pandemic. In a Summit session, Discovery CFO Gunnar Wiedenfels told Stinehour that the company was evaluating “how much of that is sustainable, and how much can we carry forward into a normal environment.”

After doubling its real estate footprint in the last decade from international expansion and its acquisition of Scripps, Discovery is also looking at reducing its office space based on the success of remote working arrangements, he added.

“This experience of 2020 is going to inform our future technology decisions,” Stinehour said.

After grappling with a very tough 2020, technology vendors are also reevaluating how they do business. The move to software-based products running on cloud platforms or virtualized environments has been accelerated by COVID-19, and along with that comes increased emphasis on selling technology on an operating expense (opex) basis versus the traditional capex model of selling a perpetual software license or a hardware appliance.

Publicly held firms are also looking to avoid the typically lumpy revenues of the annual broadcast buying cycle by selling technology on a subscription basis or through multiyear capex contracts. The latter approach has been taken by French compression vendor Ateme with a handful of key customers, who in turn get early access to new technology.

“We have doubled our recurring revenues over the past 18 months, which is a KPI [key performance indicator] we communicate to the market now,” said Ateme CEO Michel Artieres.

IP transport vendor Zixi, which has seen rapid growth for its software products during the pandemic, earns 98.6% of its revenues through opex deals today, said CEO Gordon Brooks. 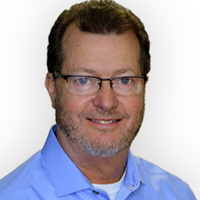 “Our customers have really embraced opex, it was easier than we thought, and in a couple years we really got everybody to move to opex,” Brooks said. “It started to creep back a little bit, with some of the big networks that are looking at pools of money and there may be more money in capex than there is in opex right now, just given the depressed results. So that’s just starting to come up again. But the move has been pretty smooth for us.”

Companies like AWS and Zixi, whose businesses are based on the cloud and internet delivery, have been thriving in 2020, but vendors closer to the production side have suffered.

Grass Valley revenues were down 41% and 36% for the first and second quarters, respectively, the last two quarters reported under previous owner Belden now that the company has been taken private by Black Dragon Capital, while Vitec revenues were down 38% for the first half of 2020 and Technicolor was down 54% for the last two quarters. Devoncroft’s research indicates that most customers expect the overall disruption to budgets will last a year, while vendors are more optimistic and expect it will be less than that.

“I think our live sports customers are going to spend a quarter or two getting their financials healthy and getting their bank accounts built back up,” said Grass Valley CEO Tim Shoulders. “I would expect a better second half than the first half.”

That viewpoint was shared by Thomas Riedel, CEO of intercom and network vendor Riedel Communications, who predicted revenues will stay depressed through the first half of 2021 but then finish the year strong. 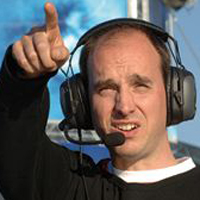 “I think [2021] is probably a bit better than this year,” Riedel said. “I always talk about a mirror, because this year we had a strong first quarter then three quarters with a big problem. Now I expect the first three quarters of next year being difficult, and then probably the fourth quarter being very good. That’s why I say it’s kind of a mirror situation. But let’s see how it goes. It might be a bit better, but I wouldn’t expect that we are back to 2019 numbers. I can’t see that.”

He pointed to Avid’s relatively strong results over the first nine months of 2020 — $4.3 million in operating income and $7.7 million in free cash flow — despite a $39.3 million year-on-year decline in revenue and a $12.8 million decline in gross profit over the same period. At the same time, its sales and marketing costs went down $8.3 million and its total operating expenses declined by $17.1 million.

“They were able to decrease their operating expenses by more than their gross profit decline,” Stinehour said. “And why is that? Because half of that was sales and marketing savings. What didn’t Avid do in 2020? They didn’t go to trade shows. So if you reverse this out, and said you were going to make that investment to get that gross profit, you wouldn’t do it. Because it wouldn’t be worth doing. We’ve got to have a conversation about how we sell things in this new environment, and how we buy things.”

Zixi still owns half of a large double-decker booth it had started building for NAB 2020, in response to growing crowds in previous years, Brooks said. But since pivoting to virtual events it has found success, taking 600 meetings during the two weeks of the virtual NAB show versus the 150 to 200 meetings it might have had in-person. Recent online meetings have drawn 600 attendees from the BBC and 69 from WarnerMedia.

“We just can’t get to that number of people at a traditional trade show,” Brooks said. “I think it will be interesting to see the way it will go.”

Riedel said he missed the fun of in-person interactions from customer visits and trade shows, but he understands the benefits of virtual marketing, which not only saves money but is also good for the environment. He said Riedel will be at the shows next year, but employees will travel less overall, and that the company will spend less on sales and marketing than it did in 2019.

While Grass Valley has had successful virtual events, including live demonstrations of its AMPP cloud production platform, Shoulders noted that at trade shows like NAB vendors have their “customers’ undivided attention for four days” whereas now they have to compete with the demands of their day-to-day jobs.

“I think that’s an overlooked element of the trade shows that maybe even the customers wish to go back to an experience where they can devote the time without guilt, to shopping and learning about new technology,” he said.