Marcy Lefkovitz, VP of technology and workflow strategy for Media & Entertainment Distribution and TVNewsCheck’s 2021 Women in Technology Leadership Award honoree, cut her teeth as a successful producer and editor before shifting to news technology. The instincts she honed, especially a fearlessness in asking questions, has served her well through major projects like Disney’s DC3 technology hub. Register for TVNewsCheck’s Women in Technology Awards presentation and Technology in a Changing Media Ecosystem webinar with the winners here.
By Jennifer Pallanich | October 4, 2021 | 5:30 a.m. ET.

A background as a journalist helped Marcy Lefkovitz become a successful technologist.

Lefkovitz, VP of technology and workflow strategy for Disney Media & Entertainment Distribution, attributes the perspective she takes as a trained journalist to helping her enter technology projects without preconceived notions.

“I have opinions based on things that I know, but I try to set them aside at the beginning and bring good, smart people together and ask a lot of questions and do a lot of really active listening,” she says. “I’m not really afraid to ask the basic foundational questions.”

And often, she says, “the answers are not what you expected.” But they expose nuances that must be considered in order for a project to succeed.

She wasn’t always into technology, though. At university, Lefkovitz avoided science and math. During a summer internship at a local news station in New York, she “fell in love with television news. It was all I wanted to do. The light bulb went off.”

Her early career saw her producing and editing documentaries for Bolthead Communications and feature segments for the PBS News magazine Rights and Wrongs before signing on with ABC News as an editor, where she worked on features and stories for World News Tonight with Peter Jennings. Later as a producer at ABC News, she produced and edited World News with Charles Gibson and the World News Now daily webcast.

And while she loved what she was doing, it was no longer enough, she says. She wanted to do more. “I wanted to have a voice in the decision making,” she says.

While working as a producer, she began attending meetings with vendors for planned upcoming technology changes. “I found that I brought a different perspective than the traditional engineering team to those meetings,” Lefkovitz says.

The path she was forging married operations and engineering functions into a new role. After her role broadened, she moved from news to the television network and left the union.

“I learned the technology as I went,” she says. Editing, metadata management, graphics automations, master control, “I learned them all.”

Todd Donovan, VP of engineering technology at NBC Olympics, was Lefkovitz’s boss at Disney ABC Television. He says that when she ran the ABC News digital news bullpen, she taught “producers how to be self-sufficient,” empowered “the creatives to do what they do and gave them the toolsets” they needed to do that, and reinvented workflows.

“What Marcy did was open the world to so many people, myself included, and brought us to where we are now,” Owen says. “Because of her, we as a business advanced the ball so far down the field.”

But, as Donovan notes, new technology “doesn’t always go well the first time.” Change can be difficult for many. “She’s really good at finding out what’s important to people… gets on their wavelength and becomes a very good partner to them,” he says. 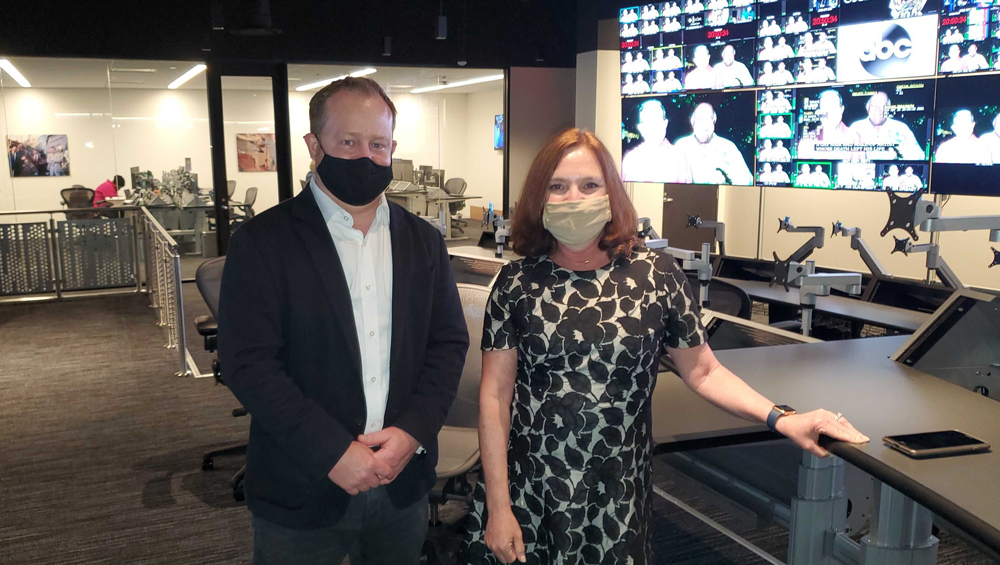 Brad Wall and Marcy Lefkovitz on Oscars night at the DC3 facility in The Woodlands, Texas.

“To be successful at ABC News, you have to be very curious, very detail oriented, have your facts straight,” says Wall, who is now Lefkovitz’s boss. “She’s someone who will get to the bottom of things to figure out the best way to get it done.”

One such project was the effort to bring master control to the cloud.

“It was a bit ahead of its time,” Lefkovitz says.

While ABC had been looking to change out the legacy master control for years, the project itself was still “kind of a painful process.”

Part of that challenge, she says, was that master control in the cloud was less complicated for playlist-driven cable networks that didn’t have a lot of live content or a mix of live and recorded content.

“She was able to get into the nooks and crannies with the vendor on what was missing and why critical functions needed to be built and deployed, protecting our business, protecting our product,” Wall says. “A lot of technology leaders and workflow leaders would just get to the good enough. Marcy understood the things that were really critical and the places to push the vendor to make things happen.”

At the same time, it was necessary to consolidate master control because the 21st Century Fox acquisition meant an “embarrassment of riches” with multiple facilities on both coasts, she says.

One of the acquisitions included a state-of-the-art facility known as DC3 in The Woodlands, Texas, just north of Houston. Disney opted to consolidate workflows across the DC3 facility and one in Bristol, Conn., and the process began a few years ago. 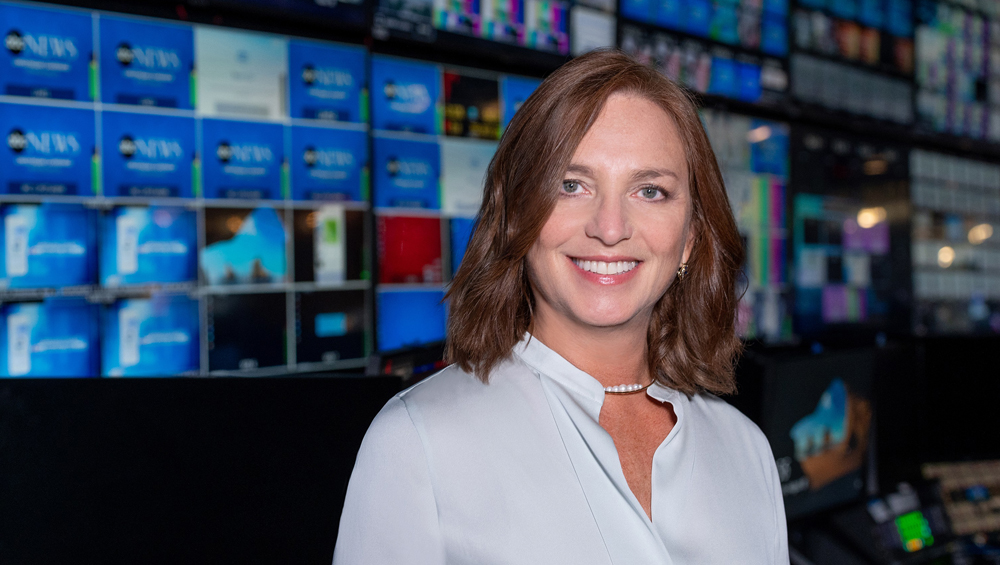 One of the most challenging aspects of that, she says, was moving all the live and news programming for ABC TV networks to the Houston area during the heart of the pandemic while sticking “pretty close to the schedule.” The “unbelievable teams” were “pretty much done by March,” and they have transitioned to the DC3 facility full time.

Lefkovitz says she sees herself as a bridge between operations and engineering, considering the needs of both but maintaining loyalty to the end user in any technology change.

But always, she approaches projects by asking questions, even basic and fundamental questions.

Owen says Lefkovitz is “always the one in the room to clarify what needed to get done.”

Lefkovitz says, “To this day, I’m still a bit nervous about asking it out loud in a room full of people because I feel like it’s so foundational, a really dumb question or other people would have asked it,” although she asks the question anyway.

Often, she says, it’s the right question and many people will approach her later thanking her for asking a question they themselves were too embarrassed to ask.

Sometimes the question reveals nobody knows the answer, she says, which means there’s some research to be done, or the question prompts solid conversation around basic and foundational issues that hadn’t really been discussed before.

Moving forward, Lefkovitz says she believes the near-term focus will be on consolidating technologies and workflows across the media pipeline

“I think everybody is struggling with that to some extent right now,” she says.

One of the reasons, she says, is that the different technologies and tools for content acquisition and distribution grew up in siloes.

“Now we have the tools and technologies to eliminate those silos, but people are pretty dug in and very, very stuck on how they’re different from each other,” she says. “We need to break through those differences and come to a common ground.”

To read the profiles of TVNewsCheck’s other three Women in Technology Award winners, click here.