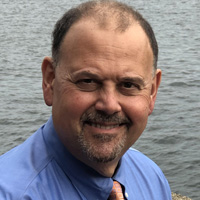 Feldmar replaces Greg Turner who has been promoted to director of engineering, eastern region, for Hearst Television. This marks Feldmar’s homecoming to WCVB where he launched his career in the broadcast industry over three decades ago.

Kyle I. Grimes, WCVB president-GM, said: “Emeric is an extremely talented and expert broadcast executive whose leadership experience in engineering and technical operations makes him the ideal person to lead Channel 5’s outstanding engineering department,” said Grimes. “We’re all delighted to welcome Emeric back to the WCVB family.”

“I’m thrilled to return to WCVB where I started my broadcasting career thirty-six years ago and am looking forward to being a part of the remarkable success of Boston’s legacy station,” said Feldmar.

Feldmar joins WCVB from WGBH Boston where he served for seven years as the director of engineering. While at WGBH, he helped lead the station through many technological innovations and changes, including the spectrum repack experienced throughout the broadcast industry, and managed all broadcast engineering and operations as well as the station’s facilities and platforms.

Feldmar launched his broadcast career at WCVB in 1984. During his initial thirteen-year tenure at Channel 5, he held several roles including technical director, crew chief and satellite truck operator.

Between his first assignment at WCVB and his leadership role at WGBH, Feldmar has helped lead teams in various broadcast-related companies including Wolf Coach, Microwave Radio Corp. and HB Communications. Combining his technical expertise with a personal passion, Feldmar has also served as a field technician for the New England Patriots.

Feldmar attended the University of Massachusetts, Dartmouth majoring in communications management and also attended the Rhode Island School of Electronics. His educational background includes managerial and technical coursework at Worcester Polytechnic Institute and Clark University. He is currently the program chair of the Society of Broadcast Engineers (SBE Chapter 11) and is a member and former section manager of SMPTE/New England (the New England Section of the Society of Motion Picture and Television Engineers).