Broadcasters are embracing IP workflows as a “ramp to the cloud” and are still contending with variable costs and concerns over security, latency and interoperability, not to mention the different skills that labor must bring to bear. However, IP workflows can bring benefits like scalability, flexibility and security to broadcasters, such as NBCU Boston (above).
By Jennifer Pallanich | November 11, 2021 | 10:00 a.m. ET.

Internet protocol (IP) workflows may not make sense for every part of the media supply chain. But where they do, broadcasters embracing IP gain access to a host of benefits, whether they are IP-only or use a hybrid IP-SDI approach to smooth the transition. When considering the switch, costs, security, latency and interoperability are concerns.

So is the labor force because the newer technology is not as straightforward as traditional Serial Digital Interface (SDI) technology, so different skills sets are necessary for set up and maintenance of the network. It’s also much more complex, so interoperability of components is a key concern. But IP workflows will get easier as they evolve. 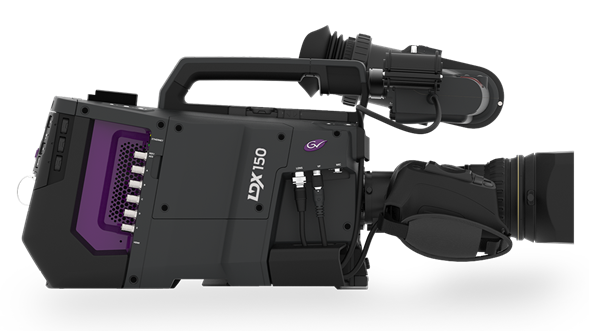 Interoperability of components, such as Grass Valley’s LDX 150 camera, is a major part of IP workflows.

ASG President Dave Van Hoy says IP workflows are not appropriate for every workflow, and they may not necessarily be cost effective.

“There are places where IP is solving some problems that we couldn’t solve with SDI in any reasonable way,” Van Hoy says. Pointing to the need for cloud workflows during the pandemic, he says, “That intrinsically has to be IP.”

IP itself is a basic requirement for remote workflows, notes Marco Lopez, GM for live production products at Grass Valley.

“IP is really the on ramp to the cloud. Without IP, you can’t get effectively to the cloud,” Lopez says.

But, Van Hoy says, IP is also more complicated to set up and maintain, and broadcast engineers have less experience with IP workflows. “This is the story of the IP transition in general, figuring out where and when it’s appropriate to apply it.”

In general, he says, it appears IP-based technology offers bigger gains for broadcasters who are larger than those who are smaller. For example, the gain for NBC around covering the Olympics with IP workflows is more than that for a small, single station where the only local production is the news.

“The potential gain is much smaller, yet the level of complexity to deploy it is pretty similar,” Van Hoy says.

But when it does make sense, says Karl Paulsen, chief technology officer at Diversified, it can generate benefits for the broadcaster.

For instance, he says, in the past, larger organizations may have had the same hardware present in multiple locations, each with 25%-30% utilization, but moving workflows to the cloud eliminates all the hardware.

Not only does the cloud aspect make remote work possible, but it can also speed up workflows, Paulsen says. For example, closed captioning or American Sign Language can be added to content “almost in concert with the media assembly” instead of taking days to happen.

“It takes this IP concept in order to make that [happen],” Paulsen says.

One benefit of IP workflows is efficiencies, which broadcasters experienced during the pandemic, says Julian Fernandez Campon, Tedial CTO. “They need to be able to produce more content with the same people,” he says.

Customers expanded their systems to work remotely during the pandemic, taking advantage of IP workflows and working in the cloud.

Companies considering a move to or actually making the move to IP workflows consider a number of major potential issues, including that of cost.

Bea Alonso, chief market officer at Dalet, says it may take a while for media companies to have a complete picture of what it means in a business-sense to virtualize all the infrastructure and what benefits that brings. As companies collect data on activities like producing in the cloud, they will be better able to understand the costs associated with IP workflows, she says.

For instance, IP workflows can scale with customer needs, which reduces costs and passes savings to the customer, creating lower cost of ownership, she says.

“From a business point of view, we’re going to see a lot of mindset change in the next three to five years,” Alonso says. 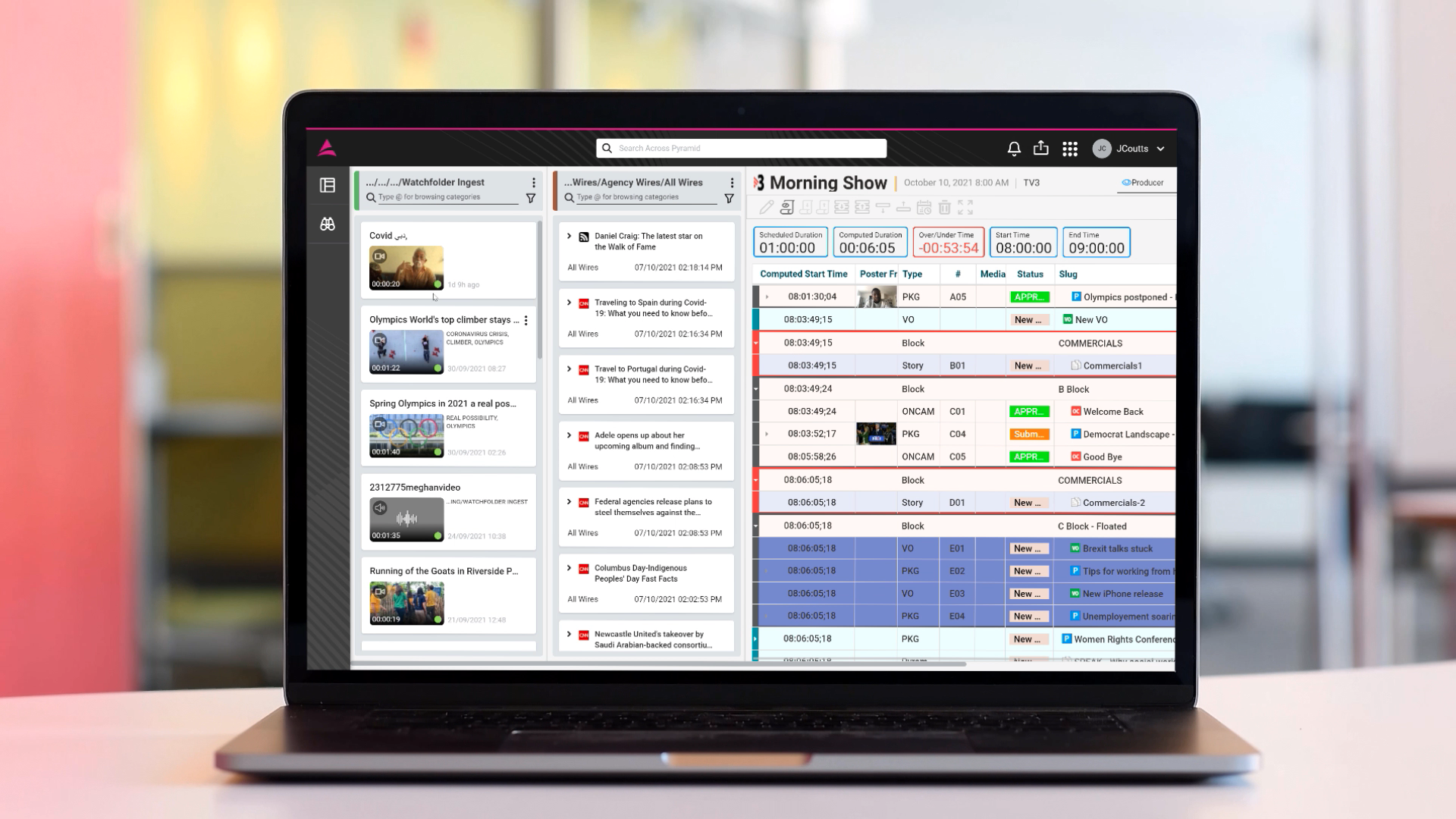 Customers may also worry about storage costs, and if they need a lot of processing power may prefer to maintain their archives on-prem for cost reasons, Alonso says.

“That’s a harder case to make at the moment,” she says. “We need a little bit more experience overall, as an industry, for those who hold years of content to feel comfortable that cloud storage is the right solution for them.”

Jérémy Krein, product manager for live video and graphics solutions at Dalet, says some will consider a hybrid solution instead of moving straight from a legacy system to one that is fully IP-based.

Security is another item broadcasters worry about as workflows transition to an IP environment.

Rich Hill, VP of engineering at National TeleConsultants, says security is an evolving area in broadcast technology. One reason is that many legacy systems, such as devices with hard-coded passwords that are unable to encrypt control messages, don’t support the security that enterprise software typically uses, he says.

“Those days are gone, given the requirements for cloud and other remote access to these networks,” Hill says. “The broadcast system vendors are moving toward support of the network security practices that are common elsewhere in corporate IT.”

At first, when only a few hundred devices were entering an IP system, they could easily be managed, but when thousands of devices are plugged in from different locations, that creates some challenges around ensuring devices connecting to the facility are secure, so they won’t damage part of the network or other devices, he says.

Additionally, broadcasters have to protect their contribution links, such as sending very high-quality video of a football game back to the station through a network connection, to ensure no one taps into the network to access the content, Myers says. 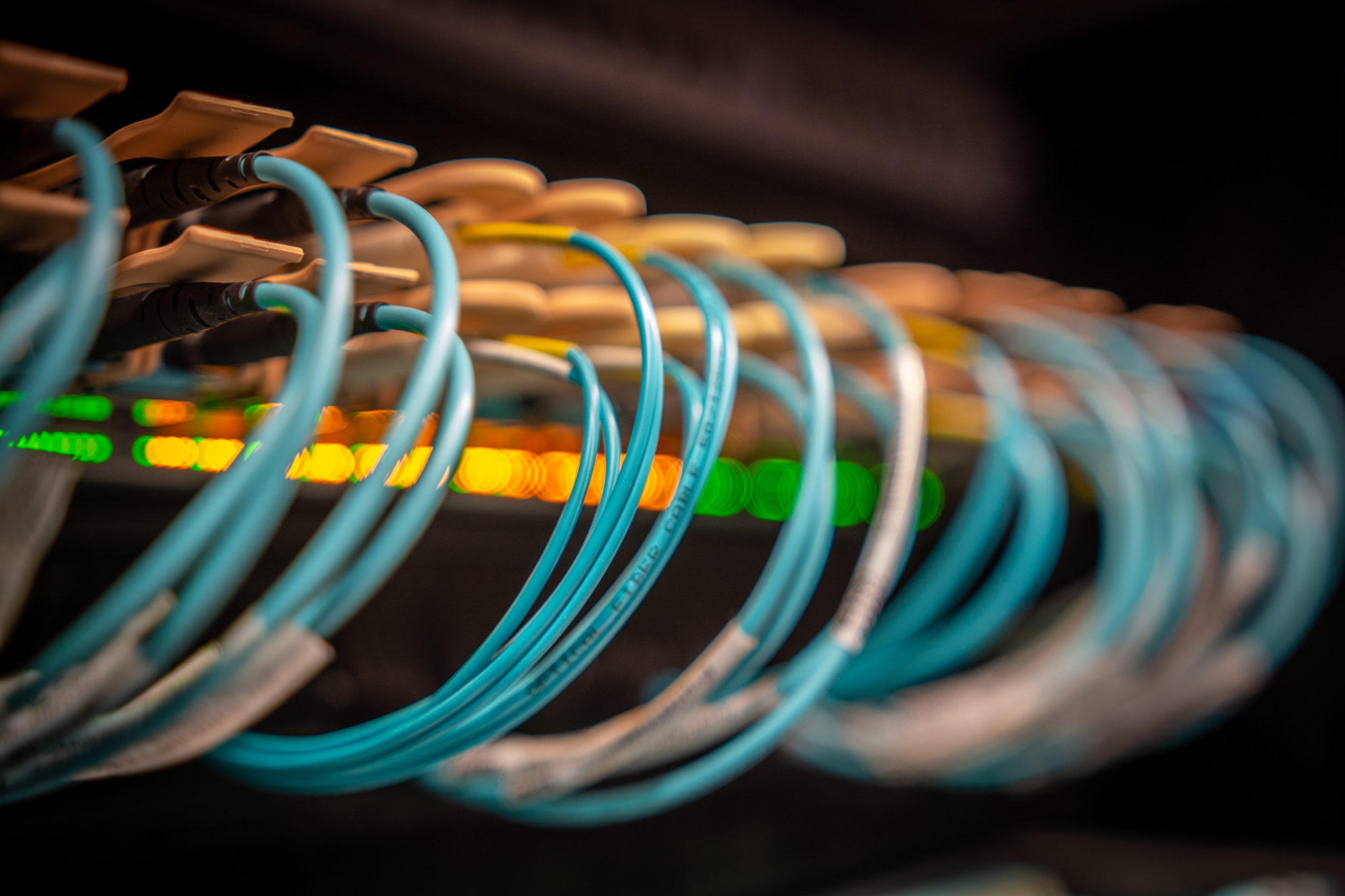 A 100GB network switch that carries low latency Jpeg-XS flows to and from the cloud. (Source: NTC)

“IP gives you a lot of great benefits for connectivity, distribution of content, really nice complex workflows, but on the flip side, you have to take care of the basics, looking after the network, looking after the devices from a security perspective,” Myers says.

But, as Lopez points out, cloud providers are doing their share, by spending “hundreds of millions of dollars” ensuring their cloud services are secure.

“They’re spending more dollars on security at a combined level than any one of our individual customers would spend,” he says.

Latency, on the other hand, will always be a problem for IP workflows, Hill says. “You have the speed of light to deal with.”

The tradeoff, he notes, has generally been around how much bandwidth is needed for a connection versus how much latency is acceptable at what quality.

Sometimes it doesn’t matter if it takes an extra second, but a Super Bowl touchdown being delayed by a moment can be a bigger deal, he says.

And getting equipment to play nice with other components is more difficult in the IP world than the SDI world, Paulsen says. IP equipment includes internet interfaces, which can complicate the works, he says.

As such, he says, ASG is addressing not just how the company trains its own people but how they work with customers to help them “deal with these challenges without scaring them.”

“SAAS is mainly not at the application level, but at the microservices level,” Shen says. “That is most of what we have seen in the last twelve to 24 months.”

“It’s not going to go away. It’s going to get simpler to deal with,” he says. “It’s an IP world. There is no going back.”