The recipients of TVNewsCheck’s annual Women in Technology Futurist Award — Perspective Media Group’s Janet Gardner and Latakoo’s Jade Kurian — epitomize the quality of taking a long-range view of where the television industry should be moving and figuring out how to get it there. They will be honored in a virtual awards presentation and panel discussion on Oct. 19.
By TVN Staff | February 13, 2020 | 5:45 a.m. ET.

TVNewsCheck Co-founder and Publisher Kathy Haley said: “Janet Gardner’s early recognition of the efficiencies and new revenue opportunities media and entertainment companies would realize from re-thinking their operations as integrated media supply chains and transitioning to IP technology set her apart as an industry futurist. Gardner’s ability to assist many of the world’s largest broadcasters to transform their workflows and infrastructure to incorporate state-of-the-art technologies, operating paradigms and data models has made her a catalyst for an entire industry’s early moves into IP and the cloud.” 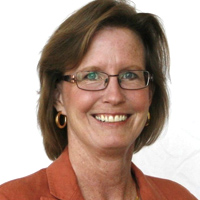 Janet Gardner is president of Perspective Media Group, an industry-leading consulting team that works with major media companies on evolving their workflow, media management, metadata integration and their internal media supply chains to better meet the challenges of the digital and multi-platform on-demand media landscape.

The core of Gardner’s focus is helping companies put the right capabilities (roles, workflows, metadata and information models, systems and technical infrastructure) in place so they can more fully exploit their assets, and the related metadata, across distribution platforms and across markets. Doing so helps drive efficiencies throughout a company’s media supply chain and amplifies new revenue and marketing opportunities. This includes evolving their internal planning process to consider multiplatform exploitation at the same time as on-air planning and rights deals are crafted, informed when possible by return path data from consumers.

Gardner and Perspective Media Group have worked in this capacity with companies including Fox, BBC, ABC/Disney, WarnerMedia, Scripps/Discovery, A&E, Shaw Media and others.

She holds bachelor’s degrees in architecture and engineering from Ball State University and a master’s from the Massachusetts Institute of Technology. 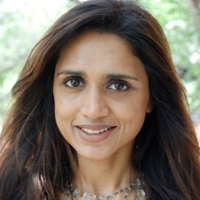 Jade Kurian worked as a television journalist for 20 years, wondering why it was so hard to transmit video files to newsrooms. In 2010, she and co-founder Paul Adrian developed a technology that makes it easy to send large files over the internet, no matter the quality of the connection. Kurian sold her house, liquidated her savings and plowed it all into Latakoo. Today, Latakoo counts some of the world’s largest broadcasters among its clients.

She has worked in all facets of video workflow, from codecs and formats to editing and transfer. Kurian is a primary inventor on the company’s first patent. She has a B.A. from Florida State University.

The inaugural Women in Technology Futurist Awards will be presented at TVNewsCheck’s tenth annual Women in Technology Leadership Awards ceremony and reception. It recognizes women who have pioneered new technologies or who, although not working in the sciences, have significantly influenced the development of media industry technology. The award supports the National Association of Broadcasters Education Foundation’s Technology Apprenticeship Program, which places graduating engineers, who are women or people of color, in broadcast industry internships.

What Newsrooms Learned In One Year Of Remote Journalism