Madeline Noland, who chairs the ATSC committee supporting implementation of ATSC 3.0, has played a key role in developing the advanced approach to broadcasting, shepherding it through standard-setting processes.
By TVN Staff | January 23, 2019 | 7:50 a.m. ET. 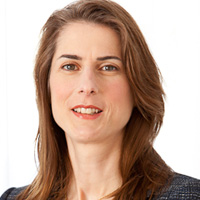 TVNewsCheck will present one of its first Women in Technology Futurist Awards to Madeline Noland, senior adviser, technology and standards at LG Electronics.

Noland, who chairs the ATSC committee supporting implementation of ATSC 3.0, has played a key role in developing the advanced approach to broadcasting, shepherding it through standard-setting processes. She is also the 2016 recipient of ATSC’s highest honor, the Bernard J. Lechner Outstanding Contributor Award.

Her product development work at LG, TelVue and Backchannel Media have also underscored her role as a talented leader, communicator and technology futurist.

“Madeleine’s work on the ATSC 3.0 standard has been much admired by the television engineering management community,” said TVNewsCheck Co-founder and Publisher Kathy Haley. “We are extremely pleased to be honoring her with one of the first Women in Technology Futurist Awards.”

Noland joined LG Electronics in April 2013, initially working as a consultant to the CTO and then consulting for its standards technology and development team at the Convergence R&D Lab before moving to the senior adviser, technology and standards role at its Zenith R&D Lab.

She was previously a product manager at TelVue and the CTO of Backchannel Media.

Noland received a bachelor’s degree from the University of Massachusetts, Amherst and completed the SCTE Leadership Training Program at the Tuck School of Business at Dartmouth College.

The inaugural Women in Technology Futurist Awards will be presented at TVNewsCheck’s ninth annual Women in Technology Leadership Awards ceremony and reception. It recognizes women who have pioneered new technologies or who, although not working in the sciences, have significantly influenced the development of media industry technology. The award supports the National Association of Broadcasters Education Foundation’s Technology Apprenticeship Program, which places graduating engineers, who are women or people of color, in broadcast industry internships.