NTF 2020 | Magic Walls, AR Within Reach For All TV Newsrooms

David Bohrman, a veteran producer with tenures at ABC News, NBC News and CNN, told NewsTECHForum attendees Tuesday that news organizations of all sizes should embrace technologies like “magic” video walls and augmented reality, where he has been a pioneer. "The more of us that experiment with it and use it, the more creative we can be at helping to tell the stories,” he said.
By Jennifer Pallanich | December 16, 2020 | 6:01 a.m. ET.

Technology alone isn’t enough: to tell the story clearly, the reporter or anchor must be comfortable with the both the story and the technology, veteran TV news producer David Bohrman said in the keynote interview at TVNewsCheck’s NewsTECHForum on Tuesday.

From the moment Bohrman saw a touch screen in action in 2007, he knew it would be an “unbelievable” storytelling tool. At the time, he was the CNN Washington bureau chief and he orchestrated the purchase of a touchscreen that John King ultimately used during the 2008 primaries to explain why CNN hadn’t called Indiana when other news organizations had.

King was able to use the touchscreen to “explain our process, why we hadn’t called it, all the factors,” Bohrman said. “Any previous election night, that would have been a confounding discussion without the map.” 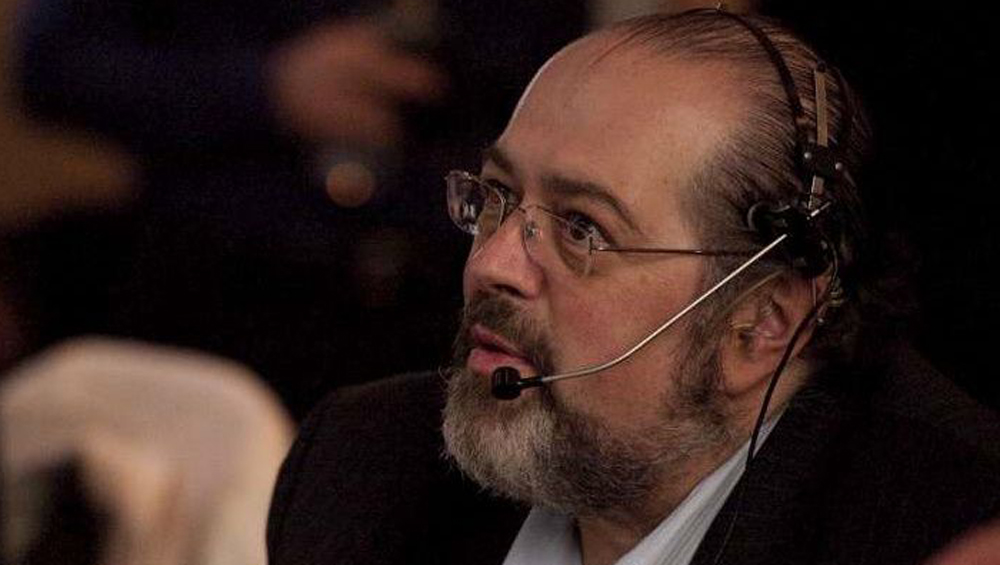 Part of King’s success using the new technology that night, Bohrman said, was a “combination of deep knowledge and no fear” of using a new tool. Sometimes people first using touchscreens become “a combination of tongue-tied and finger-tied. There is a performance part to it.”

Too many people are too worried about touching new technology, Bohrman said. Those who rise to the top have the ability to understand what lurks beneath the data, the confidence to tell the story and the belief that if something with the technology breaks or goes wrong, they’ll be able to deal with it, he said.

In addition to helping with election coverage, he said, touchscreens could also help tell data-driven stories like COVID-19, which has “so many tentacles, so much data that needs to be told to the viewers,” he said.

“It’s a little mystifying to me why we haven’t seen a lot of other great work” with touchscreens, he said. “This is on the cusp of being widely available to newsrooms.”

Augmented reality is another technology that helps crystalize the difficult-to-explain for audiences, or, as Bohrman put it, augmented reality “can help show you things that are hard to show you.”

Weather teams have come up with “spectacular” uses of augmented reality to share with viewers the dynamics of a storm, hurricane or cyclone.

Augmented reality has been used in election coverage at CNN as far back as 2008, when the network used the technology to help show which Senate seats were up for grabs during that year’s election, he said.

“The more of us that experiment with it and use it, the more creative we can be at helping to tell the stories,” Bohrman said.

At the same time, he added, it’s important that news organizations avoid the world of “fakery and trick photography” and instead stick with using augmented reality as a door to better storytelling.

Even as organizations test and use new technologies, they must remember that things break, he said.

“Everybody needs a backup because technology breaks and you need to be able to fix it,” Bohrman said. “Videotape used to break. Live remotes used to fail. Television can be complicated.”

New technologies can be complicated, but events like election night help bring breakthroughs that “help move the whole industry forward,” he said. “We can learn from what has worked and not worked.”

And organizations should build ongoing innovation into their cultures.

“Don’t discourage people from having crazy ideas,” Bohrman said. “But accept [that] some will fail.”

Fostering the “crazy ideas” and seeking out people who “won’t do things they think they’re supposed to do” and people who are “a little off, a little odd, and willing to take a chance on something new” are ways to open up the door to new ideas, he said.

The magic happens when these people fuse together bits of technology they see with editorial need, he said.

“Cultivate those people who are willing to take a chance and maybe not succeed. The rewards are significant.”