Executives from Fox Sports and CBS Sports are among those predicting a sports production future with dramatically reduced onsite staff, greater operational efficiencies and cost savings, though with a fallout of job losses for mobile production personnel.
By Glen Dickson | March 18, 2021 | 10:00 a.m. ET.

The big changes to live sports production caused by COVID-19 will likely persist long after the pandemic is over, as networks have figured out how to deliver compelling coverage with reduced onsite staff. While the new distributed workflows might result in operational efficiencies and cost savings for networks, they are also likely to result in long-term job loss for freelance mobile production personnel.

That was the takeaway from “How Will Sports Production Look In A Post-COVID World?”, a TVNewsCheck webinar last week that assembled broadcasters, technology suppliers and mobile production vendors and was moderated by this reporter. (To watch the webinar, click here.)

Much like the news side of the television business, many of the technology changes that sports broadcasters rapidly adopted in response to COVID-19 were already underway before the pandemic hit. For several years major networks like Fox and ESPN have been expanding their use of remote-integration (REMI) or “at-home” workflows, where live camera feeds are backhauled via fiber to a broadcast center and the show is produced there instead of relying solely on an onsite production truck.

Mobile production giant NEP has also made a big foray into distributed workflows with its “Andrews Hubs” in Australia, two networked centralized production facilities in Sydney and Melbourne that allow production teams to remotely produce live events all over Australia without ever having to hop on a plane. Since launching the Andrews Hubs in March 2018, NEP has created similar facilities in the Netherlands, Norway and Switzerland, along with a “mini-hub” in Washington, D.C. And earlier this month the company acquired VISTA Worldlink, a South Florida-based centralized production specialist, to further expand those capabilities. 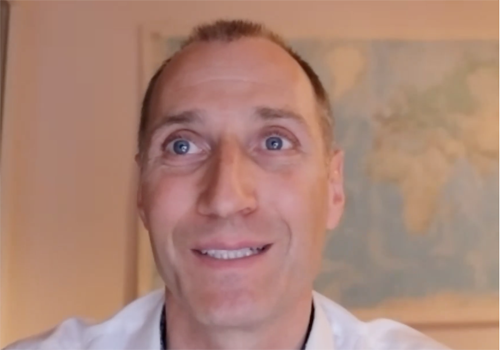 “One of the lucky things we had in sports is that remote production is something that was already happening before, it had already been put in place in some places,” noted Remo Ziegler, SVP of product management for Vizrt.

Today, the Fox network and the FS1 and FS2 cable networks have about 50% of their production staffers working remotely as opposed to being onsite, either at home or in dedicated spaces within network facilities in Los Angeles and Charlotte, N.C. But that didn’t happen solely due to COVID-19, as several years ago Fox began employing at-home production for some college sports, baseball and NASCAR coverage by backhauling camera feeds to control rooms in Los Angeles or Charlotte and producing from there.

“We had already started down that road,” said Judy Boyd, SVP of production for Fox Sports Media Group.

The pandemic definitely accelerated the shift, including the creation of a dedicated replay and graphics facility in Los Angeles where operators — spaced at a safe distance, of course — remotely control EVS replay servers, Vizrt graphics and scorebox systems located in onsite mobile trucks for Fox’s college football, NFL and Major League Baseball coverage. The facility is internally called the “Vault,” as it is situated in the network’s old tape vault. 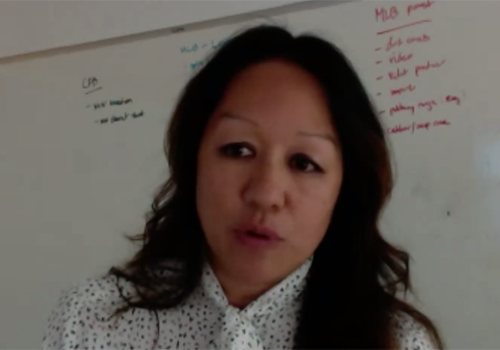 “What’s amazing for me to see is that during the fall on a Saturday, we had EVS and Viz and Scorebox coming and supporting games in Columbus, [Ohio] or Norman [Okla.], and then on a Sunday supporting various NFL sites all over the country,” Boyd said. “I don’t know if five or 10 years ago we ever thought that was possible. To be able to see three or four or five different game sites all coming from one hub in Los Angeles is an amazing thing to see.”

After the pandemic forced a lockdown of the CBS Broadcast Center a year ago, CBS Sports aimed to reduce onsite staff by 50% as well for the bevy of live in-studio shows it produces across both CBS and CBS Sports Network, said Greg Coppa, VP of sports technology for CBS Sports. It achieved its 50% goal by prioritizing the roles technical and production staff play and remoting staffers wherever possible. It took advantage of “some very good technology,” like using Web RTC streaming to give low-latency views of the productions that were going on in the broadcast center.

Key technical staff that normally sit in the control room, like the technical director and the A1 [lead audio engineer and mixer] quickly returned to the building. But many other functions were able to be done from home, or in some cases, simply eliminated. 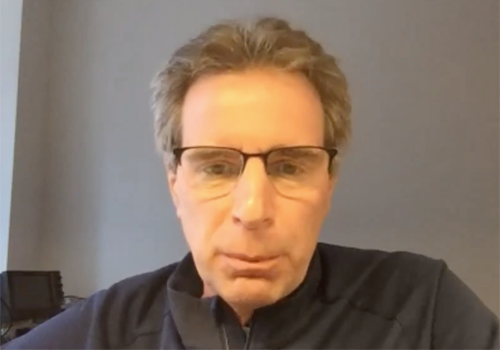 “An AD for example, if we were to give them a low-latency flow and they had good connectivity into the broadcast center, they could essentially do their function at home,” Coppa said. “Loggers — you’d be amazed at the logging role that goes on on an NFL Sunday, you could have up to six or seven loggers logging games. We were able to remotely put that operation at home with a simple $100 USB RF [receiver] connected to a PC that a logger was able to remote into.”

Many of the studio shows on CBS Sports Network usually consist of several analysts speaking panel-style in a studio. With most talent unable to travel due to COVID restrictions, CBS found a solution in the form of CamSTREAM, a new product from live production equipment specialist CP Communications that combines a 4K pan-tilt-zoom camera with Wi-Fi, ethernet and bonded cellular connectivity in a compact, rugged package, along with broadcast features like IFB and remote audio control.

Coppa said that CBS deployed about a “dozen and a half” of the CamSTREAM systems, which allowed one or two studio hosts in New York to do live feeds with multiple remote talent while enjoying high video quality and signal reliability.

CP Communications COO Jerry Gepner says CamSTREAM is an amalgamation of several technologies that his company has been working on for the past few years, along with developing remote control systems for the wireless camera links it provides for many live game productions. He estimates that the COVID-19 pandemic accelerated the industry’s shift to distributed production techniques by three to five years. And he expects that CBS and other networks will still be using products like CamSTREAM after the pandemic is over, for the cost savings and flexibility they afford. 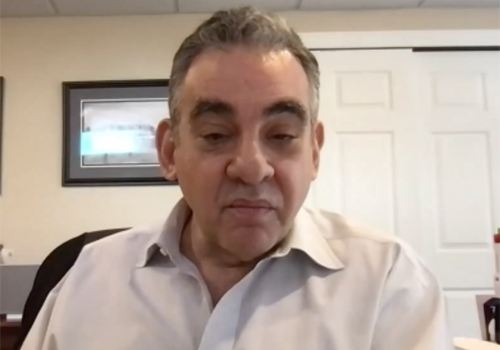 “We see a lot of these workflow changes staying in place, the idea of being able to have remote contributors to an event, whether it’s an analyst, play-by-play or the occasional contributor, dropping in and utilizing these types of technologies and these types of tools,” Gepner said. “That’s something that the producers at all the networks are going to look at and say, ‘This is a valuable thing, it adds value to the content,’ and that sort of thing is going to stay in place.”

On that note, Vizrt is working to expand the use of NDI (Network Digital Interface) IP networking technology, which it acquired when it bought NewTek in 2019, across its product line. Ziegler said supporting remote contribution from talent working at home is a key requirement from customers.

“We are pushing that technology forward, as it makes it very easy to plug in all kinds of sources and make it part of your production suite,” Ziegler said. “So, if you want to have, all of a sudden, cameras from people at home being the input of your switcher.”

“That was very effective for allowing CBS not to have to travel a pretty large contingent to go do a college football game,” said Game Creek president and owner Pat Sullivan.

The change in Game Creek’s overall business model was quite different between its large national network customers like ESPN, Fox, CBS and NBC and regional sports networks like MSG Network and YES Network, Sullivan said. The big customers were still using the same number of trucks, but in different ways. 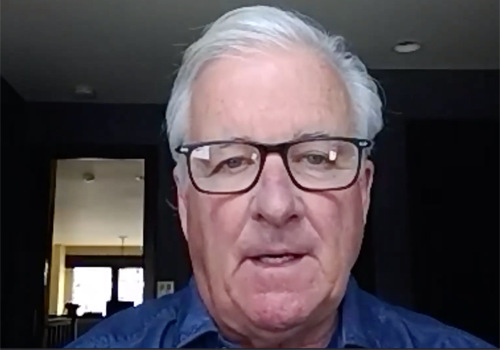 Fox had already started to remotely control EVS replay systems in Game Creek trucks a couple years ago, and so was well prepared for COVID’s restrictions, Sullivan said. For its part, NBC continued to use the same trucks for its NASCAR coverage but kept most parked in Charlotte, where the majority of its production staff lives. NBC then relied on a single remote truck to go to NASCAR tracks around the country and provide video and audio feeds back to Charlotte, where it would produce coverage from the trucks.

But things have been very different on the regional side, where COVID restrictions imposed by leagues like the NHL, NBA and MLB have forced RSNs to use a single “world feed” of games. That has dramatically reduced the number of trucks on site for RSN productions like an NHL game, where if there was a French-Canadian network and an English-Canadian network there could be as many as five trucks.

“That all stopped last year, and it became a world feed and that continues this year with the NHL and NBA, and at least for part of the season it looks like MLB is going to be the same situation,” Sullivan said. “That’s a big impact on our industry. That is collectively, with our counterparts, we estimate that that’s a $40 million loss for our industry. And there’s a bigger long-term impact, which is that you have basically half of the talent pool of technicians, camera operators, EVS operators, and people like that, that don’t have jobs because half the inventory for regional sports has been cut.”

Those freelance production personnel are now looking for other ways to make a living, though some may find jobs through the increased production of niche sports like volleyball and other Olympic sports for streaming distribution. As many of them were older, there could be a “real labor shortage down the road,” Sullivan said.

Or perhaps not. Sullivan doesn’t believe the industry is ever going to return to the levels of onsite trucks and staff that RSN productions enjoyed in 2019. And he says the production of niche sports, while growing, will likely be streamlined by greater use of technology in the future.

“The long term is that a lot of those things will be supported by cameras that are being run by artificial intelligence, or 8K cameras where you can actually just come in [zoom] on certain things of interest to a producer or director,” Sullivan said. “Basically, what COVID did was it took us from thinking about all this stuff to really accelerating it.

“It’s actually a reality now,” he said. “And if you’re not really prepared to deal with those things and actually help facilitate them, then you’re going to be left behind.”