Annie Chang, VP of technology at Universal Studios, is one of two recipients of this year’s TVNewsCheck Women in Technology Futurist Awards. Her work has her anticipating workflows and asset management a decade ahead of where the industry is now. Register for TVNewsCheck’s Women in Technology Awaerds presentation and Technology in a Changing Media Ecosystem webinar with the winners here.
By Jennifer Pallanich | October 5, 2021 | 5:45 a.m. ET.

Chang, VP of technology at Universal Studios, has focused her attentions on problems such as developing the SMPTE Interoperable Master Format standard; advancing standards such as the Motion Picture Academy’s Science and Technology Council’s ACES format; and helping the industry transition from video tapes to file-based workflows as well as anticipating how the industry can take advantage of new and evolving technologies in the years to come.

For those efforts, as well as her ability to build consensus, Chang is one of TVNewsCheck’s 2021 Women in Technology Futurists along with Donna Stewart, who recently retired as the news operations manager at KNSD San Diego. The pair will be honored in a panel discussion with all of the Women in Technology Award winners on Oct. 12 at 1 p.m. ET.

While Chang’s early days in broadcast included video editing for a small CBS affiliate in Bryan, Texas, her path on the distribution technology side of things took off after she moved to Los Angeles. There, she worked as a recording engineer and played bass guitar in alternative bands before answering a listing in a paper for a job that required her to learn about video and audio compression, DVD programming and authoring.

“It was new technology at the time,” Chang says. “I had to do it all.”

She learned about digital mastering while with THX and later landed an engineering position with Disney.

“I got the wonderful opportunity to help move Disney from videotapes to files. Now it’s old hat, but back then it was a whole difficult thing about getting rid of the physical media and going to digital,” she says.

Because the world of cinema was becoming more digital, a format standard was needed. Chang ultimately led the Interoperable Master Format effort.

It took more than a year and a half before the first standards were published, she says, and a lot of wrangling and consensus building to bring together all the different stakeholders.

“I feel like I can run for political office now,” she says.

Now, Chang serves as the co-chair of the Academy Color Encoding System (ACES) effort for the Motion Picture Academy’s Science and Technology Council. ACES’ color management improvements will head to SMPTE for standardization.

Chang also helped author the MovieLabs 2030 Vision about what film, television and content creation will look like in 2030.

“Traditionally, MovieLabs has looked at distribution technologies and workflows, but those areas are pretty well defined now at this point,” Chang says. “At this point, production technology is really the new frontier of trying to create this new digital world, becoming digital native.”

The forward-thinking paper covers topics like how to work with assets and workflows in the cloud, security and real-time rendering with game engines.

In short, she says, it’s about how the industry can be digital-native and move forward into the next 100 years of filmmaking.

Chang says she believes in the 2030 vision and thinks she has convinced Universal to believe in it as well.

Digital native technology, she says, will enable storytelling in a more efficient manner. To that end, Universal is backing some Production 3.0 projects like a workflow asset management system that will help bring modern technology to the production pipeline.

Michael Wise, CTO of Universal Pictures Film, is Chang’s boss and says she has the ability to see problems and challenges and understand what technology can do to solve the problem.

“She is amazing at seeing three, five, ten years down the road about where the business and industry is going and lining up technology solutions” that are “super inclusive, motivational and bring people together,” Wise says. “She had the vision behind Production 3.0.” 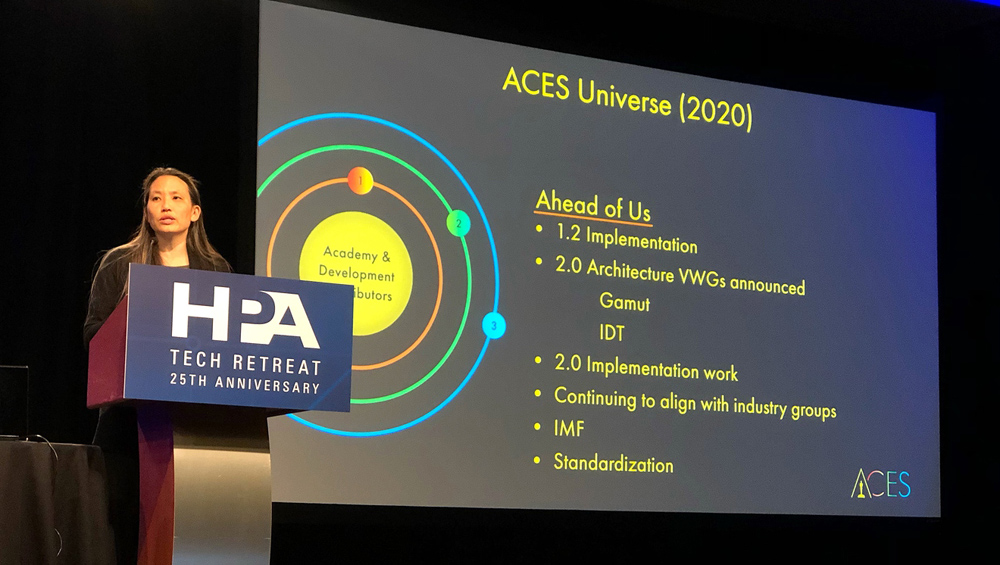 She was the technology lead who defined the cloud-based Production 3.0 project, sold senior executives on it and worked across the industry with standards bodies and other groups as well as internally, he says.

Horst Sarubin, director of production technology for Universal Pictures, works for Chang. He says often technologists are disconnected from the needs of the production team in an “ivory tower” kind of way, but that is not the case with Chang.

“From the jump, she understood” the production environment, he says. “She’s open to the ideas I’d bring in.”

Because she’s pioneered a lot of projects, he says, “she has a lot of street cred with the technologists of the film industry.”

Sarubin says he was walking around an HPA retreat with Chang shortly after he met her and they kept getting stopped by people who wanted to talk with her.

“She’s almost like a film technology rock star,” he says.

But Chang isn’t about being in the limelight. For years, she played bass guitar in bands.

“The bass line holds everything together,” she says. “I like being behind the camera, the person holding things together, but you don’t really see me.”

She says she’s never been into “flashy solos” but that “the bass is there to hold down the groove. You only notice it when it’s not there.”

Bass playing, she says, is similar to how she approaches anything in life. In short, she says, she likes to let other people shine.

As Sarubin put it, Chang’s focus is on elevating other people. “For her personal journey and how she interacts with other people, it’s about doing the best thing for everybody,” he says.

Shahrzad Aslanzadeh, senior director of the Production Support Group at Universal Film and Chang’s mentee, is helping on the Production 3.0 project and says Chang has not just technology and technical skills but management skills.

“She listens, tries to understand people before she jumps in,” she says. “She values the opinions of others even if she disagrees with them.” 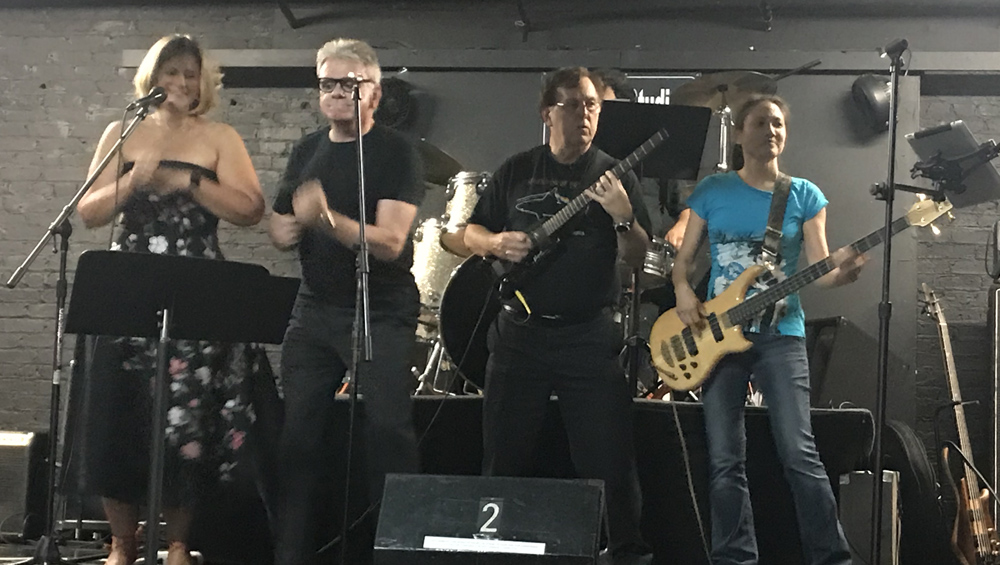 Aslanzadeh says she views Chang as a role model in management skills. “She always thinks logically through the situation,” she says. “I’ve never seen her fall apart and reveal her worries to the team. To me that means leadership. It means you lead the team even when you are facing setbacks.”

Logic and problem solving are things Chang says she is “really into.”

Her father worked for IBM and encouraged her interest in computer science and engineering. She was programming in BASIC and working with computer components before she was a teenager.

And creativity is a big part of problem solving, she says.

“There’s no shortage of problems in our industry,” she says. Thinking about how to solve them is “fun for me … I just like solving problems.”

One of the things she says she likes about filmmaking is how the arts and sciences have “always been hand in hand,” such as “the technology of putting these images sequentially so they play in motion, then how you add sound, then visual and special effects.”

She is fascinated by “the collision between trying to figure out how can you be creative with technology but use it for storytelling purposes” and use technology to do things it wasn’t originally intended to do.

“I am creative, but I’m just not that great of a storyteller, so I like to enable other people to tell their stories in unique ways.

To read the profiles of TVNewsCheck’s other 2021 Women in Technology Award winners, click here.