Back to TVNewsCheck Home Print this page
OPEN MIKE BY DON BOXLEY JR. 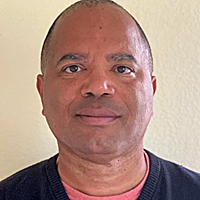 Sinclair Broadcast Group, a diversified media company and a leading provider of local sports and news, was recently hit with a ransomware attack that included stolen data and that led to massive outages. The incident was confirmed in a statement from the company after it found that over a weekend, ransomware had successfully infiltrated its entire IT environment, encrypting its servers and workstations across the board. Ironically, the incident took place during a month set aside for Cybersecurity Awareness, and served as a painful and all too real reminder of the threat that is constantly lurking.

And, as this doesn’t really come as a huge surprise, many IT professionals in television broadcasting and media, as in other industries, are already prioritizing data protection. Gartner Inc. recently predicted that worldwide spending on information security and risk management technology and services is forecast to grow 12.4% to reach $150.4 billion this year. This makes sense, as research from Cybersecurity Ventures has predicted that ransoms could cost victims a total of $265 billion by 2031. This should give TV and other media companies room for pause, as the researchers have forecast that that the ransom price will climb 30% every year for the next 10 years.

Cybersecurity threats are a problem in every field, but television broadcasting and other media industries are particularly vulnerable to data hacks. Even the entertainment behemoths have also found themselves victims of ransomware attacks and unauthorized access of critical business and personal (PII) data.

In addition to the Sinclair event, Cox Media Group, which owns and operates 100-plus news outlets in 20 U.S. media markets, was recently hit with a ransomware attack that interrupted its TV and radio streams across the country. Likewise, interactive livestreaming service Twitch recently confirmed a breach had taken place that reportedly included the theft of source-code and related data, which was later uploaded onto an online forum (including earnings).

If TV and media firms were set up for perfect data protection, then perhaps these types of incidents could be taken in stride as coming with the territory of an industry that works with coveted intellectual property and huge budgets. But as is the case in other industries, many media enterprises are still limping along with outdated security solutions — specifically virtual private networks (VPNs).

The reason for this is historical, as VPNs used to be the best gig in town for security and data access. But in today’s digital environment, VPNs are no longer king, and in fact have been shown through recent research to be unreliable. My company has studied this issue extensively, and we found that 62% of VPN users named “inadequate security” as their biggest problem with this type of solution.

We even learned that 40% of IT personnel charged with keeping their networks safe from ransomware thought that they had already been victims of ransomware hacks. Additional VPN pain points uncovered by the research were performance, cost, manageability and reliability for disaster recovery — in short, everything important that companies rely on security solutions to do.

Part of the issue with VPNs is that they were never designed to handle the wide variety of technologies used today, including mobile, hybrid cloud and multi-cloud; instead, they were initially designed for on-premise settings. Now that the business environment has changed, VPNs can offer at best only limited effectiveness.

Savvy IT professionals in TV and media organizations have been turning to a more relevant security solution than outdated VPNs to help them address their needs: software defined perimeter (SDP) solutions. SDP allows the entertainment industry to fight fire-with-fire, so to speak, when it comes to data security and protection, allowing for a defense that’s as innovative and aggressive as the ever-evolving landscape of ransomware threats.

SDP software’s secret weapon is cloaked micro-tunnels, which leverage encryption and public key authentication. Because these tunnels transmit data between the source and target systems’ gateways over UDP, as opposed to the more standard and detectable TCP, it’s nearly impossible to even detect such transmissions. These security measures are especially important ones for the TV and entertainment industry, as they help ensure that there are no “inside jobs” to leak data, as happens frequently with VPN.

VPN was once ubiquitous, but that doesn’t mean it’s the best choice for data protection in a vulnerable industry. VPNs are hampered by a risky basic architecture for transmitting data over third-party servers, and their best practices for secure, private data transfers leave much to be desired.

SDP solutions avoid such architectural and operational flaws, while instead boosting security in the distributed data landscape that dominates TV and media today. The result is the exact opposite of what’s happening now with VPN: SDP strengthens, rather than compromises, data security, providing more peace of mind and true safety for the entertainment industry.

Don Boxley Jr. is co-founder and CEO of DH2i.