TV stations and networks are learning that to take full advantage of the cloud, they need to overhaul the way they produce news rather than try to replicate hardware-based workflows on a cloud platform.
By Glen Dickson | August 25, 2020 | 5:30 a.m. ET.

Cloud technology is at the core of many of the new remote production workflows that have allowed news broadcasts to continue uninterrupted in the face of the COVID-19 pandemic. For some broadcasters, the lockdown has simply accelerated a migration to the cloud that was already underway, while for others it was a much bigger change.

But broadcasters and vendors both say that in order to take full advantage of the cloud, stations and networks need to completely overhaul the way they produce news instead of simply trying to replicate today’s hardware-based workflows on a cloud platform.

Being forced to abandon ABC’s New York broadcast center in mid-March and jump to round-the-clock remote news production didn’t mean a complete leap into the unknown, said Concetta Maratta, executive director of production systems technology and support for ABC News. Instead, ABC News ramped up its use of cloud-based editors and other remote production tools that it had already been exploring. 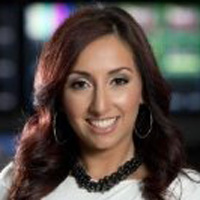 “It really just accelerated the work we were already thinking about,” said Maratta, who joined other technology executives last week for the TVNewsCheck webinar The Cloud & the Future of News Workflow.

“We scaled up our remote work capability a little bit faster and pulled those forward,” she said. “We’ve been focusing on non-live workflows — so pre- and post-production — and we were already making an effort to move what we can to the public cloud.”

Disney’s plan to move ABC News’ operation from its current Upper West Side location to a new home in downtown Manhattan has spurred Maratta and her team to rethink ABC’s end-to-end workflows overall and seek new efficiencies. That includes analyzing which parts of the news operation make sense to move to the cloud and which don’t.

“This is not just purely a technical decision,” Maratta said. “There are other implications like cost; latency; change management to the business, if we are changing the workflows; and vendor readiness. These are all considerations that we’ve been thinking about as well.”

The NBC Universal Owned Stations are already several years down the private-cloud path, building a data center in Dallas at KXAS-KXTX that hosts virtualized production operations for several Telemundo stations. For example, an operator at KBLR Las Vegas presses a button in the control room, but the actual operation for that button is performed by ST 2110-compliant hardware located in Dallas, some 1,200 miles away, which is connected via high-speed fiber links. 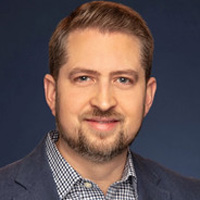 “The objective of that is learning, but the ultimate goal is to move those workflows into public cloud,” said Matt Varney, VP of technology for KXAS-KXTX, of NBCU’s virtualized production initiative.

“But it’s also the most closely aligned, from a business perspective, with what the cloud offers,” Varney added. “You think about a control room that lies unutilized for a portion of the day. The benefit of the cloud is that you ‘pay by the drink’: you only pay for what you use.

“As long as you have all the ecosystem and orchestration around it to be able to build up and tear down those resources as you need them, you can better align the technology spend to the revenue that that technology generates — as opposed to these massive capital investments that are all buy and build for the high-water mark, as opposed to buy and build for the base level of production,” he said. 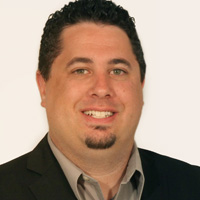 Ross Video has seen an acceleration in customers adopting cloud technologies since the COVID-19 pandemic started, said Shawn Snider, VP of production services and cloud workflow for Ross Video. Certain regions have been more aggressive than others. Snider said that for the past couple of years, Ross’ European customers generally have been more willing to take risks in order to embrace cloud-based operations than Ross’ U.S. customers, which have tended to worry more about the reliability of internet connectivity. But he sees that changing.

“What’s interesting is we’re seeing a shift now, where before with [certain] things we were told: ‘We would never move that to the cloud, that’s too mission-critical,’ and now it’s ‘We need that in the cloud yesterday. How do we not have this?’ ” Snider said.

As a longtime broadcast vendor, Ross still has a healthy mix of hardware and software-based products. Snider said software-driven products like newsroom systems and asset management systems are relatively “easy lifts” to the cloud, while other systems that move lots of video around are still very tricky.

“Really what it’s causing us to do is rethink workflows,” Snider said. “We can’t just lift and shift. I can’t just take every element of a control room and drop it in the cloud exactly the way that we used to and expect it to all wire and work via IP. We can’t think that way anymore. We have to take a step back and look holistically at the overall solution and figure out what the new workflow looks like in these realities, and how do we help our customer get there.”

Before COVID-19 hit, most vendors figured that broadcasters were 18 to 24 months away from migrating many workflows to the cloud, said Jared Timmins, SVP of solutions for TVU Networks. But that runway “vaporized overnight” when the pandemic forced broadcasters to lock down their facilities and send most employees home to work. 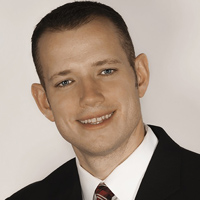 At first, the rush from most broadcasters was “just to get working” and get news “on the air” as they formed new remote workflows on the fly using existing environments and existing connectivity, Timmins said. But the more time broadcasters spent living in this new remote production world, the more they—and the vendors that serve them—-have realized they need an entirely new mindset.

“In the cloud we need to do things differently than we do them in person,” Timmins said. “The operational paradigms change, the way we use technology, the way we collaborate. One of the biggest changes is the vendor relationship, and how it has to change in a true ‘dev ops’ way with our customers. It used to be, here’s a product we created, and you’re going to have a lifecycle with this product for five years. It’s fit for the purpose, it does its thing, you invest in it.

Now, it’s ‘What’s the problem you’re trying to solve?’ And can we work in partnership and develop things in real time, with transparency, to solve these problems and bring about novel solutions.”

All the panelists said that interoperability between different vendors’ products will be key as broadcaster rely further on the cloud for news production. And they add that traditional broadcast vendors need to do a much better job of providing security in today’s connected IP world.

“Security is paramount,” Varney said. “And I think this is really where you start to separate the vendors on that maturity arc. The ones that were cloud-native from the get-go understand this, and it’s integrated into everything they do. The ones that are trying to transition from hardware to software companies — quite honestly, they’re struggling with this, and they tend to push it back on the end user to solve for that.”