TV’s Future Is In The Software

Software was beneath all of this pandemic year’s significant innovations in TV’s remote production. The industry needs to accept and embrace its new essential role.
By Scott Carroll | November 24, 2020 | 5:28 a.m. ET. 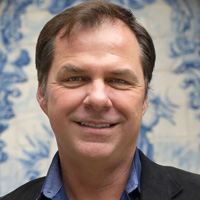 As an industry, we tend to treat the end of the year as a retrospective — a review of what worked, what changed and what we will alter or create going forward. In years past those reviews have seen opining on internet streaming, OTT services and IP-based systems, all cutting-edge technologies and all part of the natural innovative and creative evolution of an industry.

This year will be different. This year we were moved in a way that was largely unnatural for us as a group of creators. It was a forced alteration of plans. That said, we still evolved. We found ways to produce, create and deliver content no matter where we were located.

Some of the innovations have been marquee — professional sporting leagues such as La Liga and the NBA discovered solutions to put fans back in the production. Some of the innovation has been behind the scenes — we turned living rooms, kitchens, garages and anywhere else we could fit a camera or computer into a production space. But all of these changes have shared a common theme: software.

Software-based solutions for production enabled us to continue our work — whether that was nightly news, live performance or scripted television. Smaller sets and fewer on-screen talent became status quo. Remote callers became more common — and more accepted by viewers. Innovation became more and more expected by those consuming the content because the content itself remained high quality, even as the delivery and packaging was still being worked out.

It’s because of that consumer acceptance and shift in expectations that the following software-based solutions are here to stay.

There will be a day when we return to our offices. I’ll hazard no estimation of when that will be, but it will happen. At some point, a person in the studio will have the “aha!” moment where they remember a trick to production that was used during the pandemic, and suddenly, that will be implemented into “traditional” workflows.

In fact, we’ll come to find in that transition back that there are a number of ways to improve upon how we look at our workflows at large:

In all of the above examples, the enabling capability is the software. If one is software-based, location doesn’t matter, and one isn’t left scrambling to set up hardware in a specific location. For all the talk of cloud or virtualization, it is still software running somewhere that enables it. Solving the software equation brings the cloud and virtual components along with it.

We’ve discovered over the past eight months that we must accept this change and embrace it fully or we risk being left behind in terms of production technology and capabilities. We must fully leverage scalability, remote capabilities and flexible storytelling moving forward. We must build workflows where remote production is a primary feature. It must be able to dovetail seamlessly with on-premises production. And it must be able to carry the load entirely in a remote environment.

By using software-based solutions, we ensure we are still delivering our core offering, the content, regardless of the infrastructure. In fact, we are very much enhancing the content.

We still take phone calls, but those increasingly happen on cell phones. We still read the news, but that increasingly occurs online. We still see new movies, even if it isn’t in a movie theater.

We will still produce television, but just as television isn’t always viewed on a traditional TV display, the production itself will be done in a way where location simply won’t matter.

We must embrace the shift to software. In the process, we will prepare our organizations for both short-term and long-term success in crafting quality, engaging content.

Scott Carroll is director, external communications at the Vizrt Group.