He joins the Detroit NBC affiliate from WCAU Philadelphia to succeed Marcus Williams who’s retiring at the end of the year.
By Mark K. Miller | November 1, 2020 | 8:10 p.m. ET. 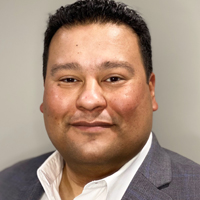 Graham Media’s NBC affiliate WDIV Detroit and ClickOnDetroit has hired Amador Velasquez as director of technology. He will supervise and manage all aspects of the station and its multiplatform content distribution.

Velasquez will replace outgoing vice president and director of technology, Marcus Williams, who announced his retirement in August. Marla Drutz, WDIV VP-GM, said: “Marcus is one of Graham Media Group’s longest serving leaders and is truly part of the fabric of WDIV-Local 4. His knowledge, commitment, and engagement made a profound difference that will have a lasting impact.” Williams will be with the station until the end of 2020. Velasquez will be assuming his role with WDIV mid-November.

His career in broadcast technically began when Velasquez joined the U.S. Army Signal Corp at 17 as a 31R multi-channel transmission systems operator/maintainer.