Leading media agencies have begun targeting beyond traditional age and income demographics, and executives driving the shift will discuss its latest developments in Audience Segmentation and Optimizing Spot TV, a TVNewsCheck Working Lunch Webinar on July 28 at 1 p.m. ET.

The webinar will feature executives from The E.W. Scripps Co., ABC-owned WABC New York, Dentsu and WideOrbit explaining how buyers are targeting buying intent and potential and how broadcasters are helping them reach their prospects more effectively. They’ll also explore what platforms and data sources marketers, their agencies and broadcasters are using to get ready for a future of outcomes-based selling.

“In just a handful of years, major media buying agencies anticipate targeting their campaigns based on consumer data, and broadcasters are already exploring how to help them craft campaigns that will generate sales, as well as audience,” said TVNewsCheck Publisher and Co-Founder Kathy Haley. “This webinar will feature several of the industry’s leading innovators talking about how this important trend will play out — for the buy and the sell sides — in the coming decade.” 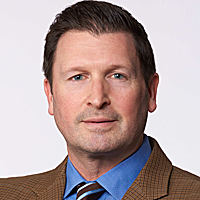 Prior to joining Disney, Camera was founder and president of Kingdom Media from 2008 to 2020, an independent media buying and marketing firm, located in New York. He has held senior leadership roles at CBS Television, NBC Television and ABC Television, focused on sales, business development and marketing, in order to drive new and incremental revenue for stations and owned local media assets, throughout the U.S. 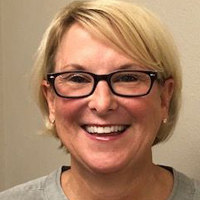 Missy Evenson, VP sales, local media, E.W. Scripps Co. — She has been in buying and media sales for 25-plus years. Her career has taken her from Texas and Colorado to currently Ohio. She has held positions at KMGH Denver that included national sales manager, local sales manager and director of sales.

More recently, she was director of revenue strategy for the West region for Scripps and now is VP sales, local media. She has been with Scripps for seven years. 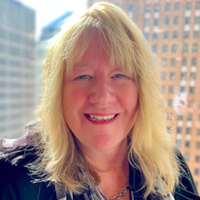 Heather Gundry, SVP, group director, Dentsu X — As the SVP, group media director overseeing local broadcast activity for Denstu Aegis brands, Gundry is very focused on process, procedure and partnerships while striving to produce excellent results for the client. Prior to joining Dentsu Aegis in June of 2018, she worked at Global Team Blue on the Ford dealer business and Ford national business for 10 years overseeing all local TV, radio, cable and digital while also managing the local broadcast team of 65 people across 10 offices. On the forefront of new opportunities, Gundry helped develop and oversee the addressable television venture for Ford, advanced the programmatic platforms within GTB, worked closely with audience intelligence opportunities and established process for OTT and long form video within the local spot department.

Currently, Gundry manages the local broadcast Investment Buying for Cadillac, On Star, Anheuser Busch, William Hill, Chamberlain University, Illinois Lottery, Chili’s and Advanced Auto Parts working through 360i, Dentsu X, Gyro and Vizeum (Denstu Aegis Brands). Constantly looking to improve the industry of Local TV, Gundry has been involved with the 4As, which influences culture in advertising while moving the industry forward; the Tip Initiative which develops standards for programmatic ad transactions; and the TVB which promote local media marketing solutions working with TV stations across the country. Additionally, she recently became involved with The Women in Advertising and Communication group in Detroit.

Over the course of Gundry’s career, she has worked at Y&R, Mediaedge, Doner and Arnold Advertising in New York, Detroit, Boston and Atlanta. Working on automotive accounts such as Ford, Lincoln Mercury, Volkswagen and Mazda, she has also worked on AT&T, Campbells, Anheuser Busch, Chase Bank and Six Flags. 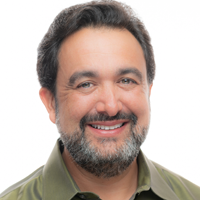 Will Offeman, chief product officer, WideOrbit — He joined WideOrbit in 2000 and leads strategy, design, and development for all products, from its flagship WO Traffic software to extended solutions for analytics, demand aggregation, digital proposals and order management, digital ad serving and payments/collections.

Offeman leverages decades of experience with TV and radio broadcasters, national cable networks and digital publishers to inform WideOrbit’s product roadmaps. As the media landscape continues to shift, he is focused on evolving WideOrbit’s media operations platform to advance the unification of digital and linear advertising.