Digital and content leaders from ABC Owned Television Stations, Tegna, Graham Media Group and Allen Media Broadcasting will chart the industry’s next steps on mobile, desktop, streaming and social media — and where the revenue will come from — in this June 24 TVN Working Lunch webinar. Register here.
By TVN Staff | May 10, 2021 | 5:28 a.m. ET.

Digital remains a key battleground for broadcasters, and a panel of the industry’s top digital executives will discuss emerging content, UX (user experience) and revenue-generating innovations in Digital Leaders on New Frontiers, a TVNewsCheck Working Lunch Webinar on June 24 at 1 p.m. ET.

The webinar will feature executives from ABC Owned Television Stations, Tegna, Graham Media Group and Allen Media Broadcasting. They’ll tackle their strategies for meeting KPIs and where they’re breaking new ground on mobile, desktop, streaming and social media, along with the most effective strategies in monetizing those platforms.

“Digital monetization has gotten more important but no less challenging,” said TVNewsCheck Editor Michael Depp, who will moderate the webinar. “Our panel will look at the very latest strategies on content and audience development as foundational components of digital monetization, highlighting the bold innovations each of these broadcasters have been making.” 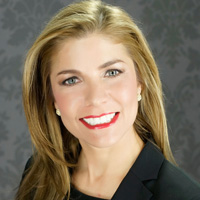 Catherine Badalamente, SVP and Chief Innovation Officer, Graham Media Group — She has been at the forefront of the changing television landscape and transition to new media throughout her career.

Under her leadership, Graham Digital has transformed from a small group of part-time employees to a leading-edge development company. Graham Digital is made up of dedicated individuals passionate about the intersection of digital technology and cutting-edge media.

Prior to her current role she served as director of digital media, helping to create successful multi-platform convergent campaigns for clients and stations and was successful at driving growth in both audience and revenue for the group.

Badalamente is the current chairperson for the National Association of Broadcasters Digital Officer Committee.  She also serves on the board of the Local Media Association. 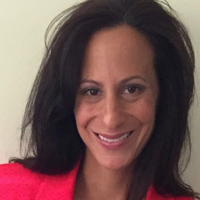 Lisa Bishop, Chief Digital Officer, Allen Media Broadcasting — She is a digital operations, monetization and product specialist who has led transformational change in the local media industry for the past 20 years.

Prior to her time at AMB/Heartland, Bishop conceived and executed the formulation of Gray Digital Media in 2002 under the leadership of then COO Bob Prather. As the VP of digital media, she was the catalyst to a culture transformation of Gray’s local television stations and the creation of their local digital properties by transforming a traditional media distribution company to focus on content gathering and syndication across multiple digital platforms. Bishop was responsible all digital initiatives including web, mobile, online operations, business development and revenue and monetization strategies. She also led the efforts to build out a fully supported digital agency, LocalX Marketing.

Bishop holds a Bachelor of Science in business management from Montreat College in North Carolina. Additionally, she has earned a Master of Business Administration from the Keller Graduate School of Management. 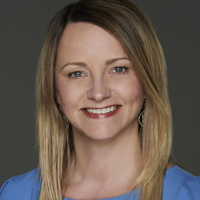 Under Mitchell’s leadership, the owned stations launched a new digital media brand — Localish — created by, for and about millennials with the goal of reimagining storytelling and bringing out the good in America’s cities. Localish received more than 240 million video views and was honored with the 2019 Innovator Award — the highest distinction among TVNewsCheck’s annual Social Media Excellence Awards. Mitchell strategically led the rebranding of Localish to broadcast, expanding its short-form series of local storytelling into long-form programming to reach approximately 14 million households across America.

Mitchell leads a team of content creators who support the eight local brands with topical, editorial content as well as breaking news and weather coverage. The team also supports ABC tentpole events like the Oscars and offers synergy support for Walt Disney Co. priorities, leveraging the massive reach of the local brands in the communities they serve. The team focuses on digital and mobile-first video content creation with an eye on growing audience and revenue on existing and emerging platforms.

Prior to this role, Mitchell was vice president, digital content for the ABC Owned Television Stations, responsible for developing and leading the audience-focused digital content strategy for the eight owned stations. In that role, OTV launched the ABC Full Circle Content Studio in 2016 which specializes in creating high-end, digital consumer experiences for premium clients and advertisers, including sponsorships, branded content campaigns and multiplatform storytelling. The studio has executed successful multiplatform campaigns for a wide array of brands including Mercedes Benz, Lexus and Aquafina.

A native of New York, Mitchell received a bachelor’s degree in broadcast journalism from Ithaca College. 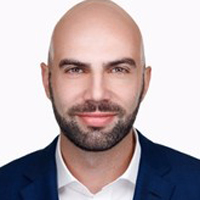 Ostrow was previously the chief strategy officer at Mashable, a role in which he was responsible for defining and implementing strategic initiatives across the organization.

Ostrow joined Mashable as its second employee and editor in chief in 2007, a role in which he directed day-to-day news coverage, authored more than 2,500 articles and built the editorial staff from three to 25 employees. During his tenure as editor in chief, the site’s audience grew more than twofold. Since moving into an executive position in 2011, Ostrow has led the development of Mashable’s video program, publisher platform, branded content offerings, international expansion, and its licensing and distribution strategy. 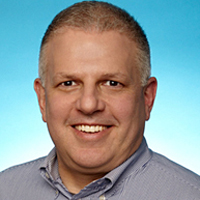 Ethan Dreilinger, Global Client Solutions Engineer, The Weather Company — He is a leader in applying AI to media workflows to enable unique customer experiences. His background is built ground up, starting in radio and television learning the content creation side of the business.

For more than 15 years Dreilinger has worked with some of the largest media brands around the world to bring content to customers, no matter what platform they are using. 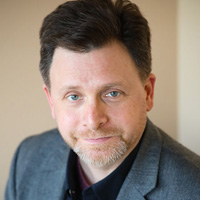 Derek Gebler, Vice President of Broadcast and Video at TownNews — He is a leading platform provider of digital content solutions that power more than 2,000 digital media properties. Gebler has over 20 years of experience working with digital media and communications companies. He spent 9 years leading the technical development and product management teams at Broadcast Interactive Media where he helped shape the digital properties for many major broadcast companies.

In 2014 Gebler founded Field59 Video to provide focused video solutions for broadcast and live events. During that time, Field59 grew into new markets and made key partnerships in the delivery of video for OTT and CTV. With Field59, Derek participated in several entrepreneurial organizations such as Madworks Seed Accelerator, Wisconsin Early Stage Symposium and Merlin Mentors. In April of 2018, he sold Field59 to TownNews.

Gebler is co-organizer of 1 Million Cups Madison, a member of Capital Entrepreneurs, and volunteers on the Visual Communications Advisory Committee at Milwaukee Area Technical College. He has spoken about video and OTT topics for industry conference panels including Digital Entertainment World (DEW), Streaming Media East and West, Key Executives Mega-Conference and NewsTECHForum.