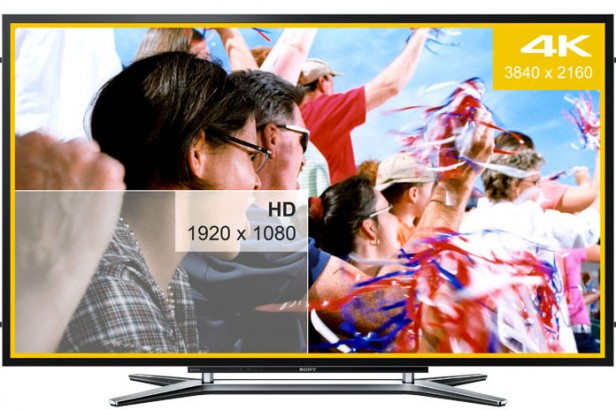 Not being the first out of the chutes with delivery of 4K UltraHD to viewers isn’t necessarily a bad thing for broadcasters. While the industry awaits FCC authorization of next-gen TV transmission, thinking on the best way to deliver 4K has had time to percolate.

For all of the tech breakthroughs U.S. broadcasters have brought TV viewers over the years, 4K UltraHD is not among them — and that’s not necessarily a bad thing.

While consumers are snapping up 4K UltraHD television sets in the United States faster than they did HDTVs according to the Consumer Technology Association, broadcasters have been patiently waiting on the sidelines for the next-generation television standard to be completed and the FCC to authorize voluntary ATSC 3.0 transmission.

But just because they haven’t been in the 4K UltraHD game from a distribution point of view, doesn’t mean they have been idly passing time.

“If you are a terrestrial broadcaster, you are looking very hard at the tradeoff between 1080p/60 and 2160p [4K UltraHD, 3840 x 2160, progressive scan],” says Matthew Goldman, SVP of technology for TV and media at Ericsson.

“Separately, you’re looking at how do to make your content more compelling, and thus how to get HDR [high dynamic range] on the air.”

At issue for broadcasters is how to deliver the biggest bang for the bit, says Goldman, who also serves as president of the Society of Motion Picture and Television Engineers.

ATSC 3.0, which relies on HEVC (high efficiency video coding) to compress video, can squeeze a 4K UHD signal down in a stat mux to 15 Mb/s without HDR and wide color gamut or 18 Mb/s with, says Abdullah Merei, Evertz director of compression systems.

That means at best a broadcaster will be able to deliver one 3.0 4K UltraHD channel over the air — at least until successive generations of HEVC encoders with more efficient compression characteristics become available.

Tipping the scales further in the direction of not delivering OTA 4K UltraHD to viewers is the question of whether people watching the CTA forecasted 16.7 million 4K UHDTVs to be sold here this year will be able to perceive 4K’s greater spatial resolution at all.

That’s not necessarily a good thing for a consumer who hears about 4K and decides to do a straight-up replacement of an existing 60-inch HDTV with a 4K UHDTV of comparable size. “If you don’t change where you sit in the room, you are still watching HD,” Goldman says.

However, what viewers will notice is high dynamic range, he says. “HDR benefits every genre, even talking head, because it is more representative of what the human visual system sees,” says Goldman.

Mark Aitken, Sinclair Broadcast Group’s VP of advanced technology, agrees. “We are convinced the spatial resolution side of the equation is less important than the high dynamic range and wide color gamut. Those are what catch the eyes of people,” he says.

Coupled with upscaling circuitry built into many 4K UHDTVs, the ability to deliver 1080p/60 with HDR over the air makes a lot of sense for broadcasters “trying to solve real-world bandwidth problems,” Goldman says.

John Taylor, VP of public affairs and communications at LG Electronics USA, concurs. “HDR in 1080p is an amazing viewing experience, and when combined with the upscaling in the Ultra HDTV gives you a terrific home viewing experience.”

LG has done some side-by-side comparisons of upscaled 1080p/60 content and native 4K content. The upscaling was so good “many average consumers” couldn’t tell the difference, he adds.

Japanese national broadcaster NHK and the BBC are proponents of the former. The latter is implemented in solutions like Samsung’s HDR10+ and Dolby Lab’s Dolby Vision, he says.

A “very active discussion” is going on among broadcasters who are evaluating the use of HLG vs. PQ for future broadcast service, Goldman says. “It’s up for debate whether PQ or HLG is better for live TV with no general agreement at this point.”

Similarly, there will likely be different approaches to how broadcasters use their 25 Mb/s of OTA throughput.

Many may wish to rely on upscalers in 4K UHDTV sets to do the heavy lifting so that they can pump more content through their OTA pipe. Others may wish to offer one 4K UHDTV channel and crow to viewers about their delivery of true UltraHD.

But A/341, the video standard that’s part of the ATSC 3.0 suite of standards, offers another intriguing possibility: a hybrid broadcast-broadband solution that allows broadcasters to maximize channel count in their 6 MHz OTA allocation and deliver 4K service with the help of the internet.

The A/341 standard specifies Scalable High Efficiency Video Coding (SHVC) as part of 3.0, says ATSC’s Richer. “Scalable video coding allows you to send a lower resolution base layer and send an enhancement layer separately to get the higher resolution,” he says. “And then process them [in the receiver] and come out with higher resolution.”

“SHVC allows that enhancement layer to be delivered over the top to home-based receivers and not choke up the broadcast pipeline. And that may be the way UHD HDR becomes most distributed across the industry,” Aitken says.

It “makes no sense” to allocate 15 or 20 Mb/s of throughput to a single 4K UHDTV program with HDR and wide color gamut, when the total channel throughput is 25 Mb/s, he adds.

While CTA does not study how many 4K sets are equipped with internet connectivity, there likely is a good matchup between the two, says Brian Markwalter, the group’s SVP of research and standards.

“The 4K UHD televisions tend to be at the higher end, and they are bigger,” says Markwalter. “So they are probably highly correlated with being smart.”

That makes ATSC 3.0 SHVC delivery of an enhancement layer that adds 4K data over the top to a core layer delivered over the air all the more attractive to broadcasters.

“With ATSC 3.0, television has become a hybrid service,” Aitken says. “We are a transportation company, the tractor trailer deliverer of content. It doesn’t make sense to throw bits away when there are methods, such as SHVC, to use to offload bits and provide a wider variety of content to the consumer.”