ATSC 3.0 SFN To Be Deployed In Dallas 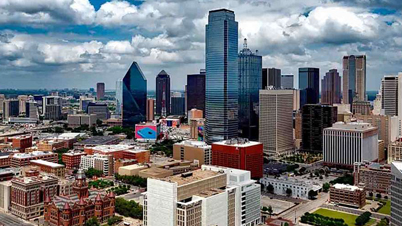 Sinclair, Nexstar, Univision and American Tower partner on developing a next-gen TV single frequency network that will be a test of a developed model for the transition from ATSC 1.0 to 3.0 and the deployment of SFN sites in preparation for future national deployment of 3.0 broadcast services.

The agreement between the broadcasters and American Tower will serve as a test of a developed model for the transition from ATSC 1.0 to ATSC 3.0 and the deployment of SFN sites in preparation for future national deployment of 3.0 broadcast services.

The companies say the result of this buildout and the associated engineering is “expected to provide a deployment roadmap that delivers cost efficiencies for broadcasters and increases speed to market for new Next Gen TV services.”

Chris Ripley, Sinclair president-CEO, said: “With the FCC’s approval of the ATSC 3.0 standard, broadcasters are eager and ready to demonstrate its many capabilities, business opportunities and consumer benefits. This is an exciting time for television broadcasters as we deploy new technologies that will allow us to provide advanced nationwide business models that benefit consumers and allow us to remain competitive.”

Steven Marshall, EVP and president, U.S. Tower, a division of American Tower, said: “As a leader in wireless infrastructure with over 20 years of expertise in the broadcast industry, we are excited about this opportunity to help broadcasters speed Next Gen TV deployments. The combination of our broadcast and wireless assets, industry expertise, coupled with these three television broadcast leaders will help to make ATSC 3.0 a reality for broadcasters.”

As previously announced, Sinclair, Nexstar and Univision are parties to a memorandum of understanding regarding the establishment of a consortium that will promote spectrum aggregation, innovation and monetization and enhance their abilities to compete in the wireless data transmission sector.