‘Bethenny’ All Set For Syndication Launch 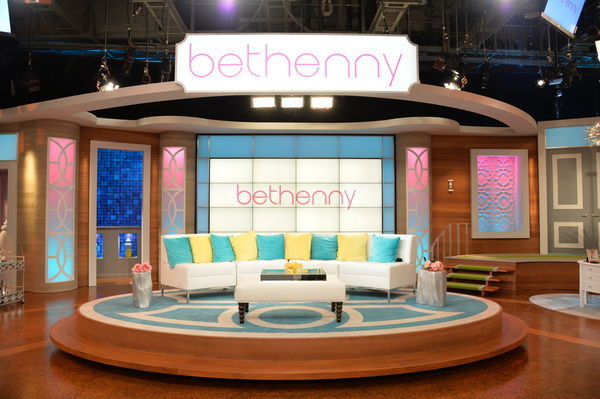 Bethenny Frankel today unveiled the set for her new Telepictures-produced talk show Bethenny from executive producer Ellen DeGeneres. The New York-based show’s set is full of soft blues, pinks with a warm wood floor and a bright-white crescent sofa in the middle of the stage that’s covered with pastel yellow and pastel blue pillows. The show tapes at CBS Broadcast Center in Manhattan. Warner Bros. is distributing Bethenny, which will debut on Monday, Sept. 9, in 98% of TV homes, including on launch group Fox Television Stations’ WNYW New York at 11 a.m., KTTV Los Angeles at 3 p.m. and WFLD Chicago at 4 p.m.

Who designed the set??? Please give credit where credit is due…

The design is nice. However it is the ratings that will determine whether or not the show will succeed.

I think the show will do well enough in the ratings based on her popularity in the key demographics that advertisers are looking for. The best place for her to succeed is on strong stations that give her strong time periods. However both those factors are not a guarantee for success it is her ability to draw people in with her personality for more than a few minutes like her segments on Ellen and her 6 week stint last summer. One thing I am glad they are doing with her and with Queen Latifah’s show is not promoting it as the next Oprah like shows have tried to do in the past that have failed monumentally.

Bethenny’s snared better time slots in LA and Chicago than anyone thought. Congrats

CANCELLED! There was a half hour promo on fox this weekend for the show and she was in tears 2x in the first 12min…