Back to TVNewsCheck Home Print this page
TVN FOCUS ON REGULATION 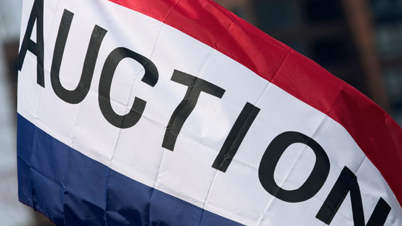 Station owners have been active in the FCC rule-writing proceeding for next year's spectrum auction, arguing for changes that could add billions of dollars to the bottom lines of broadcasters that opt to sell. At the top of the industry’s hit list is the FCC's dynamic reserve pricing plan, which broadcasters believe will depress spectrum prices. At the same time, broadcasters are pushing for higher opening bids, figuring the higher they are, the higher the final take for broadcasters will be.

Just how much broadcasters will earn from selling their spectrum in the FCC incentive auction next year will depend largely on the rules the agency adopts for it.

Recognizing that fact, the National Association of Broadcasters and other broadcasters have been active in the FCC rule-writing proceeding, arguing for changes that could add billions of dollars to the bottom lines of broadcasters that opt to sell.

“Dynamic reserved pricing … threatens to artificially lower prices in an otherwise market-based auction,” says Dennis Wharton, a spokesman for the NAB. “It allows the FCC to reduce prices paid to broadcasters in cases where the FCC’s own auction design dictates that higher prices should be paid.”

“DRP is just a crude tool to drive down prices broadcasters can receive,” says Preston Padden, executive director of the Expanding Opportunities for Broadcasters Coalition, which comprises station owners interested in selling.

On another front, broadcasters agree that the FCC should boost the opening bid prices, but are not in lockstep on how that should be done.

The EOBC is advocating an alternative means of calculating the opening bids, one that would give more weight to the interference stations cause. The effect would be to enhance the auction prospects of stations on the fringes of large markets and in well-situated smaller markets.

“Two stations with the same impact on clearing spectrum should not be offered prices hundreds of millions of dollars apart as the FCC formula does,” EOBC’s Padden says.

However, while in favor of boosting the initial bids, the NAB is not embracing the EOBC’s remedy. “NAB is absolutely comfortable with the FCC’s approach to opening prices,” Wharton says.

It’s Two Auctions In One

The FCC incentive action, now scheduled for early next year, is actually two auctions. In the first, the agency will use a reverse auction to buy spectrum from broadcasters. In the second, a conventional forward auction, it will sell the recovered spectrum to wireless carriers.

Based on recent auctions, notably the AWS-3 auction that closed in January, estimates of how much the forward auction of TV spectrum could generate now run as high as $84 billion.

In the auctions, the FCC will try to buy low and sell high, sending the proceeds to the U.S. Treasury less the $1.75 billion Congress ordered the FCC to set aside to reimburse broadcasters who hang on to their spectrum for the costs of moving to new channels in the repacking.

The Way Of The Reverse Auction

In the reverse auction, the FCC will set opening bid prices for stations across the U.S., and broadcasters will be free to accept or reject those opening bids during the first round.

Broadcasters who choose to participate in the auction are obligated to relinquish their spectrum only if they accept a bid offered by the FCC during a particular round, and if the FCC then approves it.

If more stations accept the opening bids offered by the FCC than the agency needs to meet its clearing target — the number of stations needed to obtain however much spectrum the agency decides to go after, say 120 MHz or 20 TV channels — the FCC will lower the prices offered to stations in the second round.

If more stations than the FCC needs accept the bids in this second round, the FCC will lower the prices again in the third round — and again in any additional rounds until every station has either dropped out or the FCC has accumulated all the spectrum it wants.

Stations are free to drop out of the bidding when they want, and the dropouts will generally be repacked into the new TV band that’s established after the auction.

Also under the FCC plan, if station A drops out and its repacking could prevent Station B that has remained in the auction from being repacked into the new TV band, station A would be designated as “frozen,” and station A would generally be paid the price it had agreed to accept during the previous round.

Dynamic reserve pricing, which FCC officials believe is necessary to prevent some broadcasters from getting overly generous payouts due a lack of bidding competition from other broadcasters, particularly during the auction’s opening rounds, would clear the way for the FCC to ask stations that drop out to accept a lower price than they had agreed to take in the previous round.

And stations that are repacked into the new wireless band could be subject to endless interference disputes with wireless operations, the broadcasters say.

DRP empowers the agency to give stations an “offer they cannot refuse: accept a price lower than the negotiated price, or be stranded by the FCC in the far reaches of the wireless band,” says Sinclair Broadcast Group in a filing.

The other matter broadcasters are fretting about is the mathematical formula that the FCC plans to use to set opening bid prices for stations in the incentive auction.

A recent FCC report revealed that the agency is planning to offer hundreds of millions of dollars in opening bids to encourage stations to participate in the auction, including up to $870 million for a station in New York, or up to $390 million for one in Youngstown, Ohio.

Few if any stations are expected to get the full amounts of money that the agency says it plans to offer initially. But the opening bids are important because they set the ceiling on how much a broadcaster can hope to get for turning over a channel.

Under the formula the FCC is currently using to calculate opening-bid prices, the overall interference a station’s signal causes and the size of the population a station serves are key variables, and they are given equal weight. In addition, the FCC formula assumes that no single station in the U.S. should get more than $900 million in the auction.

The EOBC wants the FCC to adopt a new formula that EOBC insists will result in higher opening-bid prices for virtually every station. “Prices only go down for broadcasters so we would rather start high,” says EOBC’s Padden.

EOBC’s alternative formula reduces the value placed on the population a station serves, thereby raising the relative value of the interference that a station’s signal presents to the agency’s ability to clear channels.

A key effect of EOBC’s formula would be to reduce the opening bid disparity between the more powerful and fringe stations in a market, raising the potential payouts for the smaller operations in particular, according to some industry sources.

This would benefit some of the stations represented by the EOBC that are on the fringes of markets and serve smaller populations than centrally located stations.

But Padden says that using the new formula will raise the opening bid prices for all but eight TV stations, and raise the prices for station owners overall by “hundreds of billions of dollars.”

Among the groups that support EOBC’s proposed changes include the ad hoc Broadcasters for Fair Auction Pricing, a group of noncommercial and commercial broadcasters led by independent broadcaster Bert Ellis.

“The higher prices yielded … would increase the likelihood that the [group’s members] and other similarly situated broadcasters will participate in the auction,” the Ellis-backed group, which claims to represent broadcasters that own or operate more than 140 “auction-eligible stations,” said in an FCC filing.

The NAB, in an FCC filing, said it supports raising the $900 million cap in the formula — a change that would result in higher opening bids for virtually all stations.

But at the same time, it has decided not to challenge the FCC formula, while avoiding comment on the EOBC alternative.

Wharton declined to comment on why the NAB is not backing the EOBC.

Estimating a station’s value to the auction requires consideration of interference and population served, the NAB says in a filing. “We have no objection to the FCC’s proposal for including both in calculating opening bid prices.”

There is very little concern about those of us who watch television using antennas. Obviously we will have fewer choices and more interference. We have already lost some stations as a result of the loss of channels 52 to 69 and already channel 51 is being phased out.

(knock, knock) Hello?! We’re dealing with the FCC here; home of the excessive indecency fine, silly political disclosure rules and illogical JSA limits. If broadcasters think the Commission is going to do the right thing by them, then I’ve got a bridge in New York to sell them. First rule of thumb: the FCC is no friend of television broadcasters. Once that fact is understood, then you know how to proceed with the agency. If station owners think the FCC is trying to shaft them on pricing (and they are) then here’s what they have to do: refuse to participate and say so out loud. Let the Commission know that if they don’t, at least, honor the Greenhill valuations, no spectrum will be sold. No station participation, no auction. And that’s the law.

i COULDNOT HAVE SAID IT BETTER! This is exactly on point and we need to hold the spectrum at any cost.

@Homebrew “at any cost”. An interesting statement from someone who refuses to pay for virtually anything – and wants everything free.

My love of the FCC equals that of the IRS.

I give both D BP and Homebrew 2 BIG THUMBS UP!!! There is NO need for this auction. Period. End of story.

Well get ready to be disappointed…..once again.

TV’s Therapists Keep Getting Better (With A Few Exceptions)